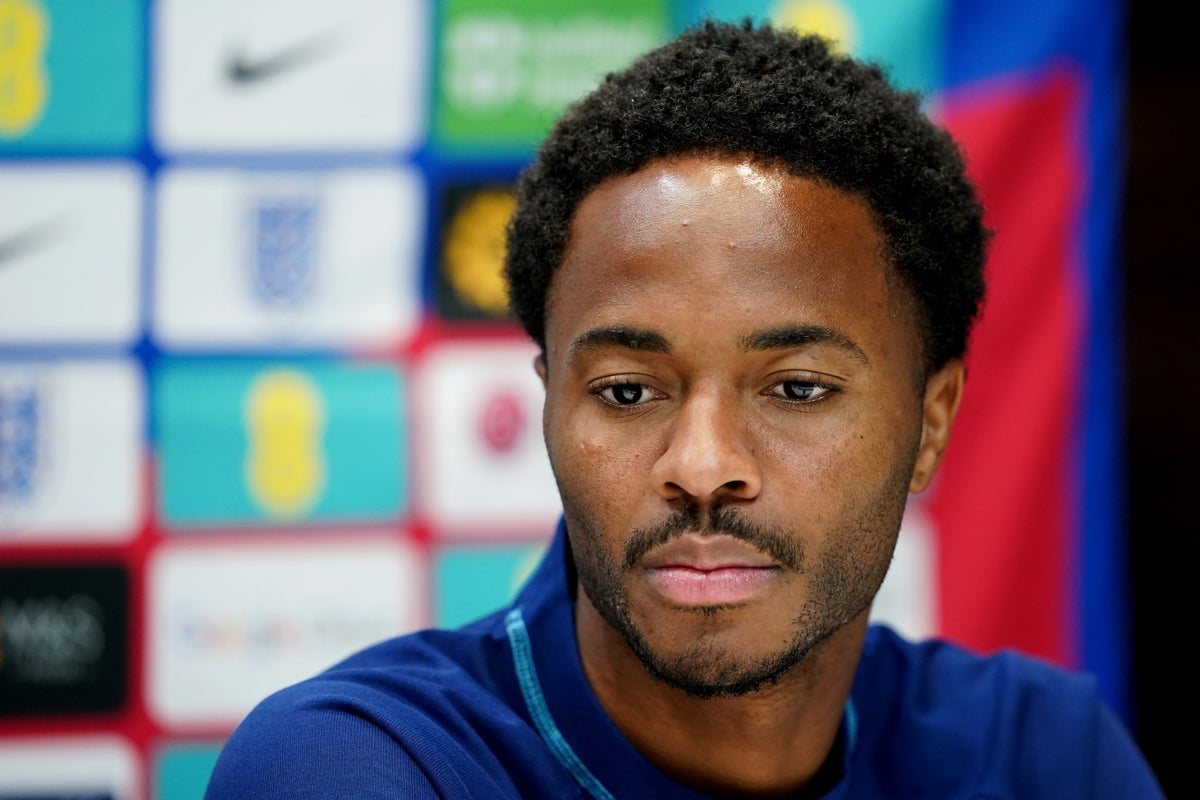 Raheem Sterling is in a unique position to empathize with Gareth Southgate after the England manager was taunted by his own fans and recalls a time when he feared he had suffered similar treatment on international duty .

Southgate has come under increasing pressure after losing to Italy on Friday and has not only confirmed relegation to the Nations League but extended England’s winning streak to five competitive games. They have never gone six games without a win in their history.

Fans turned their backs on Southgate, who led England to the 2018 World Cup semi-finals and last summer’s Euro 2020 final when they lost 4-0 to Hungary in Molineux in June.

Away fans mocked Southgate on Friday night as he crossed the San Siro pitch to applaud them after the 1-0 defeat that sealed their relegation from League A, with Monday’s clash against Germany being England’s last game before the World Cup was.

Sterling, the record player in Southgate’s current 28-man squad, was also a target for the boo-boys during Euro 2016.

When asked about his own experience, the Chelsea forward replied: “I remember there was a time when I came with the national team, when I first got into the squad, it was really enjoyable, and there was one Time I was really dreading coming.

“I think it was Spain away (2018), it was a moment where I scored. My mentality was fine, good or bad, I just had to focus on myself and not listen to what the outside world said.

“That was definitely something that stood me in good stead. Not only here with the national team. But also away from football. Whether you’re doing good or bad, it’s about staying level-headed and focused and not listening to the noise.

“That’s a message that can definitely accompany the team here in the coming months. We know there’s going to be noise and we really need to tune it out if we’re going to do well in this tournament.

“I don’t think any of the guys are panicking. We take responsibility because we know the results weren’t right and we need to fix that. I think we’re very clear on that and I think tomorrow is a chance to put that right.”

Sterling was a player Southgate relied on throughout his tenure as England boss and similarly the manager has managed to get the best out of a player whose international career had largely stalled prior to his appointment.

Sterling, now 27, believes it’s time the players stood up and took the “unfair” pressure off the shoulders of a man who has brought them closer to a first major trophy than anyone since 1966.

When asked what he thought of the criticism of Southgate, he replied: “A lot of it was unfair but that’s the level we’re at with England.

“After the summer we came away and looked at each other and neither of us were proud, it’s not Gareth’s fault to take the blame.

“That’s the message of the last few days as the boys have been speaking; It’s about getting more out of each other, pushing each other, accepting criticism.

“If someone isn’t doing something right, we have to push each other to get the best out of the team.

“I don’t think it’s about fighting or doing anything stupid like that. When there’s something wrong on the field and someone isn’t doing what they should be doing, I think that’s the level we’re at.”

https://www.independent.co.uk/sport/football/raheem-sterling-england-nations-league-b2175035.html Raheem Sterling reflects on past ‘fear’ of international action with England

Chronic pain: "I had to mourn what I had lost to rebuild my life"