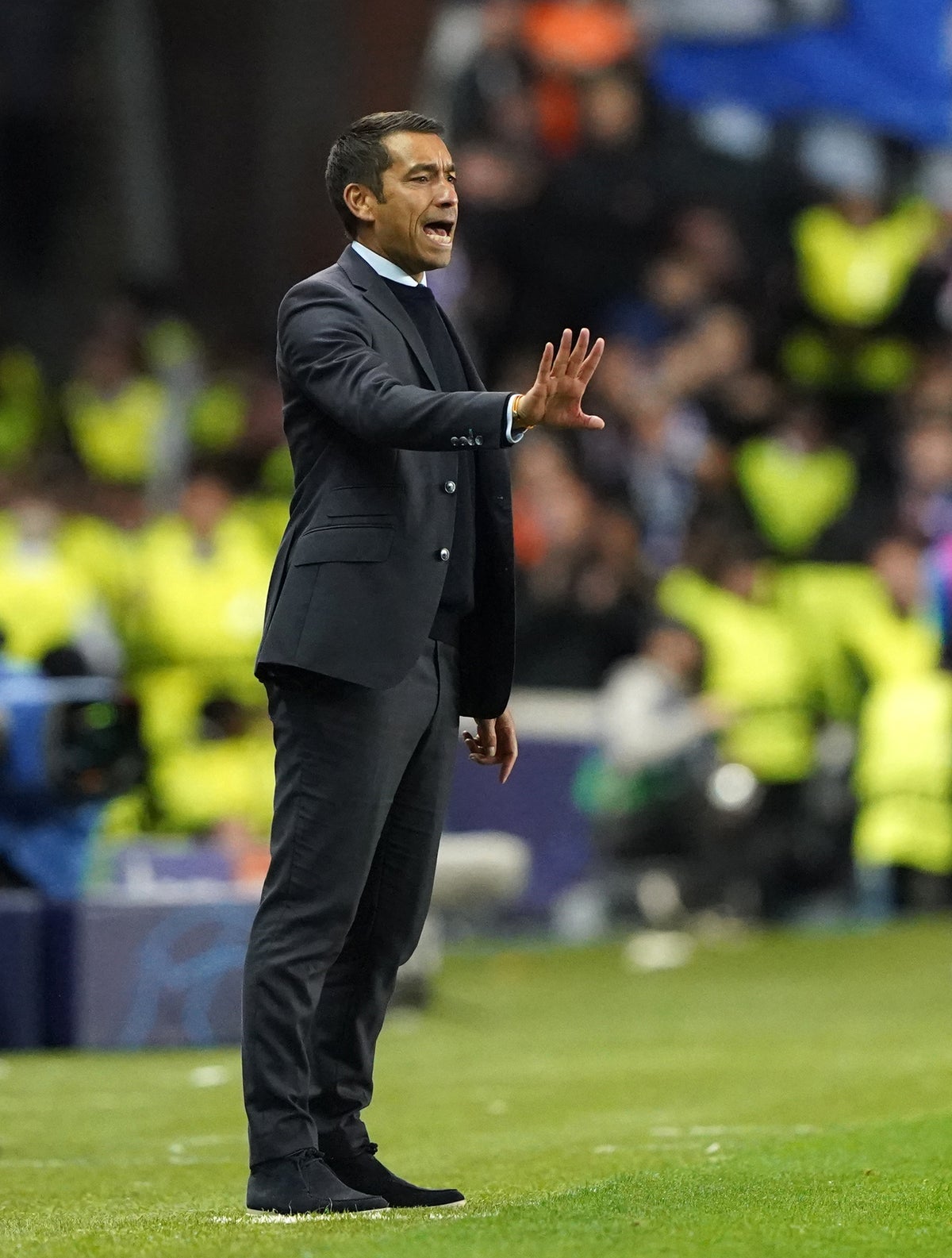 The Gers defender was sent off for conceding a second-half penalty for a foul on Giovanni Simeone after being cautioned minutes earlier.

Returned goalkeeper Allan McGregor brilliantly parried Piotr Zielinski’s first penalty, from which Matteo Politano rebounded and his second try after a long VAR review decided the penalty had to be replayed for assault.

However, another penalty came from Napoli when Rangers left-back Borna Barisic was treated in the penalty area and this time Politano found the bottom corner.

Giacomo Raspadori added a second five minutes from time and his substitute Tanguy Ndombele grabbed a third in added time, leaving Rangers without points from their first two Group A games.

Van Bronckhorst said: “Up to the red card we gave Napoli a really tough game.

“We were organised, we played well and the players gave their all to get a good result.

“We created chances to open the gate and it was a nice fight but of course with the dismissal we knew it was going to be difficult.

“Allan saved the penalty twice which was fantastic but the first goal we conceded made me change the way we play because we have to attack and you know you’re going to get more space so I think in the end to the 0-3 defeat did not reflect the difference in quality.”

Defender Connor Goldson also believes the dismissal was “100 per cent” the turning point in the game as he looks ahead to Saturday’s Cinch Premiership game against Dundee United.

“We tried to give it a try when it was 1-0 and we had attacking players on the pitch.

“But there was more space and we conceded two more goals away from home.

“Listen, it’s hard, it’s hard to take. We are in a difficult period at the moment but we have to put in the same effort and faith on Saturday.

“Hopefully that gets us a win and gets us back on track.”

Napoli coach Luciano Spalletti said: “After two missed penalties it was important that we continue.

“They started out really strong with their fans as we expected but instead of shrinking we reacted as I felt.

“I thought it was an even game on many points but we didn’t change, we never stopped pressuring and I want to thank everyone. It was another good game for me to sit on the bench.”