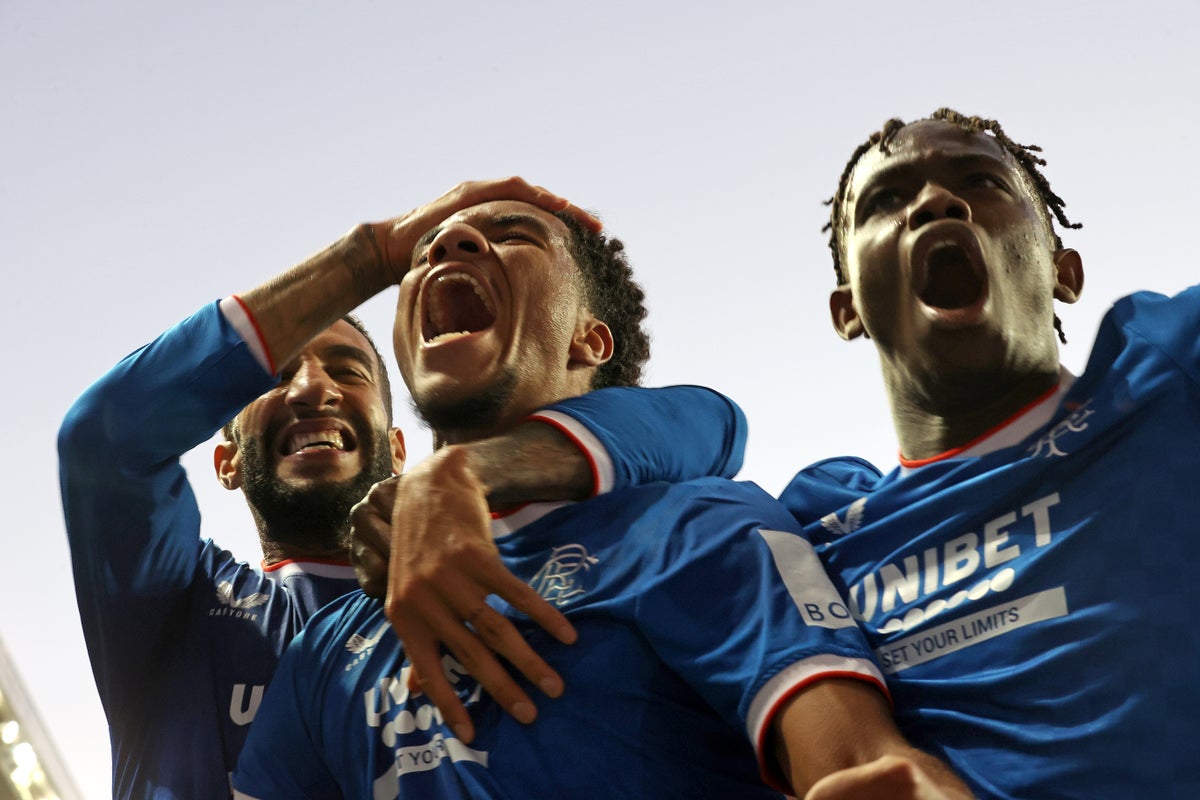 Rangers wrote their own record books with a thrilling 3-0 win in Champions League qualifiers against Union Saint-Gilloise at Ibrox to prevail 3-2 on aggregate.

The Light Blues had never absorbed a 2-0 first-leg defeat away in European competition, but after huffing and puffing in the first half they took the lead with a penalty from James Tavernier just before half-time.

Striker Antonio Colak, who scored twice for Malmö at Ibrox a year ago to knock Rangers out of Champions League qualifying, headed in the equalizer in the 58th minute.

More drama ensued in the 78th minute when Malik Tillman, the 20-year-old attacker on loan from Bayern Munich, scored his first goal for Gers with a header to turn the tie and put the Govan side in the lead with USG To lead the play-offs Lazare Amani was sent off in added time.

Some of the games last season at Ibrox, when the Govan side reached the Europa League final, were epic and this game reached similar heights.

Ahead of the game there was excitement around the return of Gers winger Ryan Kent from an ankle injury, with left-back Borna Barisic and midfielder Scott Arfield also back, while Ridvan Yilmaz, Scott Wright and Steven Davis all fell to the bench.

Alfredo Morelos, who came on on Saturday to score the decisive goal in Saturday’s 2-0 win over Kilmarnock after five months through a hamstring injury, started again as a substitute but there was a feeling the Colombian striker would be needed at some point .

Fueled by their enthusiastic but occasionally fearful fans, Rangers rushed to unsettle USG, unchanged since the first leg.

Tillman smashed a Tom Lawrence corner past the near post before Colak headed a Tavernier free-kick over the bar.

The visitors, meanwhile, barely left their own half, but from the first corner in the 19th minute, defender Siebe Van Der Heyden threw a Simon Adingra shot just wide of the far post and Ibrox breathed a sigh of relief.

In the 28th minute, Union Saint-Gilloise goalkeeper Anthony Moris reacted quickly, deflecting Colak’s header over the bar from a superb Lawrence free-kick and the visitors held on again.

It looked like they were going to end the first half but they were undone in the 44th minute when referee Anastasios Sidiropoulos ruled Barisic’s deep cross into the box had caught Van Der Heyden’s arm and Tavernier Moris with his Penalty correctly sent in the wrong direction. Kick and the Champions League dream continued.

Rangers pressed again from the start of the second half and USG got back on defense to jump on the counterattack.

The second goal came when Lawrence’s raking pass from the left found Tavernier in the box and he clipped the ball back to Arfield. The midfielder’s shot from 16 yards out was parried by Moris and Colak was the first to head in the loose ball from a yard out as Ibrox exploded in noise and color again.

USG rocked and moments later Moris had to dive right to chip away a decent shot from Gers midfielder John Lundstram.

Rabbi Matondo replaced Arfield in the 64th minute and the game began to stretch with spaces opening.

USG tried to get out of their shell and Light Blues keeper Jon McLaughlin ran out of his goal to thwart Adingra, who was put through by Loic Lapoussin.

Then Rangers third came as Barisic’s cross into the box saw Tillman get up early and over Moris to go into the empty net.

Ben Davies and Morelos immediately replaced James Sands and Colak and Moris rushed from his goal to thwart Morelos 35 yards from goal after the striker was sent clear by Kent whose cross from the left narrowly avoided Morelos minutes later.

Amani, booked in the 75th minute, was sent off after a second yellow card to end an exceptional night at Govan.