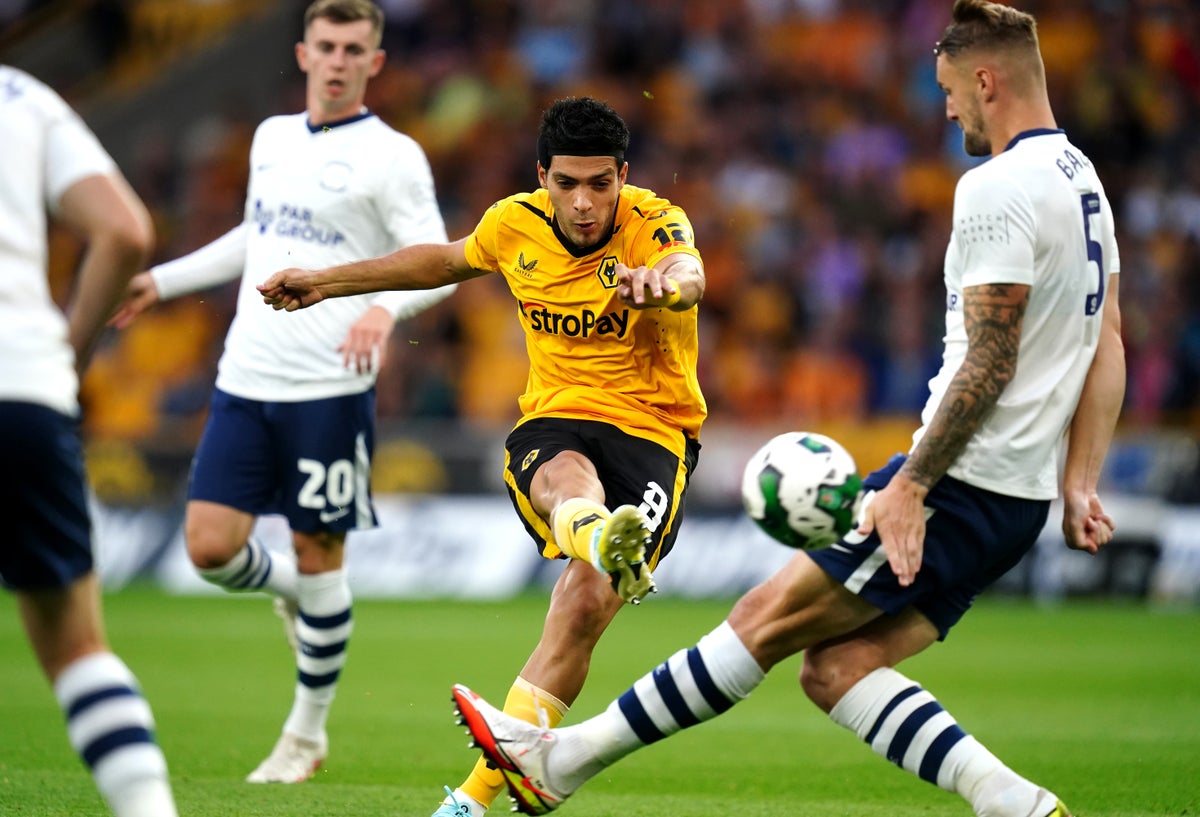 Boss Bruno Lage welcomed Raul Jimenez after he helped fire Wolves into the third round of the Carabao Cup.

The Mexico international and Adama Traore beat Preston 2-1 at Molineux on Tuesday.

Hwang Hee-Chan missed a penalty in the first half before Ben Woodburn made Wolves sweat with a consolation goal just after the break.

Jimenez marked his first start of the season with a goal from knee and groin injuries and Lage was happy to have his star back even after striker Hwang relinquished his duties as a penalty taker.

He said: “I was so happy with Raul the way he was this season and pre-season. We missed him in the first three games.

“With him we have a reference up front. Raul made the decision to give Hwang the penalty, it was a generous move and I understand but I disagree. Raul should have taken the penalty.

“That was a good performance. When you come to those games in the cup they come with extra motivation and in their last five games Preston haven’t conceded a goal.

“Continuing in the competition was the most important thing.”

Jimenez opened the scoring after eight minutes by tapping in a low cross from Rayan Ait-Nouri. The forward celebrated by changing his headband into an eye patch and donning a pirate hook on his right hand.

Traore’s rocket doubled the lead after 29 minutes when he traded passes with Nelson Semedo and volleyed into the top corner.

Hwang even had time to miss a penalty after being brought down by Matt Olosunde just before half-time when David Cornell saved his free-kick after receiving the ball from Jimenez.

Three minutes into the second half, Woodburn pulled a goal back from the edge of the box after the hosts lost the ball.

Preston, so passive in the first half, could have equalized but Emil Riis and Brad Potts missed good late chances.

“I’m really happy with the way they took directions and had the faith to go head-to-head with them. They had over £150m in talent on the pitch.

“We had big chances, we took one and we have to keep working and doing the right things.

“It’s a huge step in the right direction, they showed us a lot of respect for the team they chose.”

Alexis Mac Allister’s goal gets a touch from Mick Jagger