A GROUP of neighbors have joined forces for their annual street fair to raise money for two charities.

It was the sixth time people have gathered for a day of fun at Ferndale Road, Hove.

The street fair had activities for both adults and children, including face painting, a bouncy castle, live music, a burger truck, a concession stand and more.

The money raised went to the Trussell Trust Food Bank and Pelican Parcels, a charity that provides underprivileged families in the city with second hand clothes and other items to care for their babies and children. 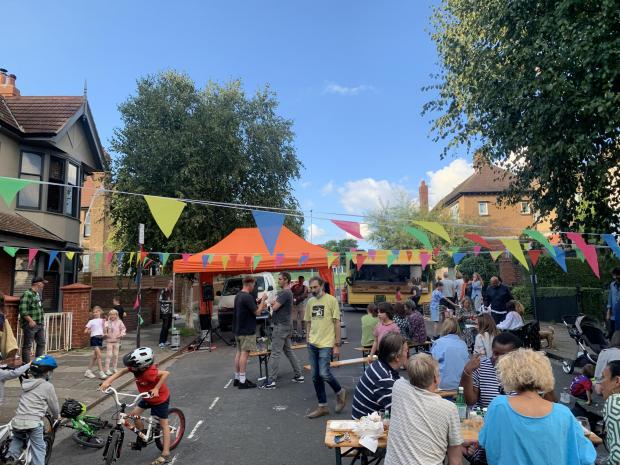 Claire Mann, one of the residents involved in the organization, said, “Every year we’ve had these street fairs, they’ve gotten busier and busier. They’re more prominent because we’re trying to get everyone in Brighton to know.

“Everyone is invited, it’s not just a private thing for our street. We want to raise as much money as possible, but we also see it as a way to take back the streets a bit.

“Seeing children playing on our street is so beautiful, it’s a bit like a throwback to times gone by.

Lots of fun activities for everyone

“It brings together the whole community, young and old, in our street and area. Everyone gets to know each other better each time.

“It was very important to us to be able to raise money for two extremely important charities as we have one hell of a winter ahead of us. It’s really important to support the Tafel and Pelican Parcels.”

The street festival took place on Saturday all day long into the evening.

Last year, residents raised over £500 for the two charities and hope to top that this year.

There was also a raffle where one lucky boy won the grand prize, a Fender Squier Strat guitar.

The street also raised a glass to Her Majesty Queen Elizabeth II after her death on Thursday 1st.

Firefighters from the East Sussex Fire and Rescue Service turned up at this year’s event, much to the delight of the children and some adults.

It may take years, but we must aim to put Putin in prison for life for his war crimes