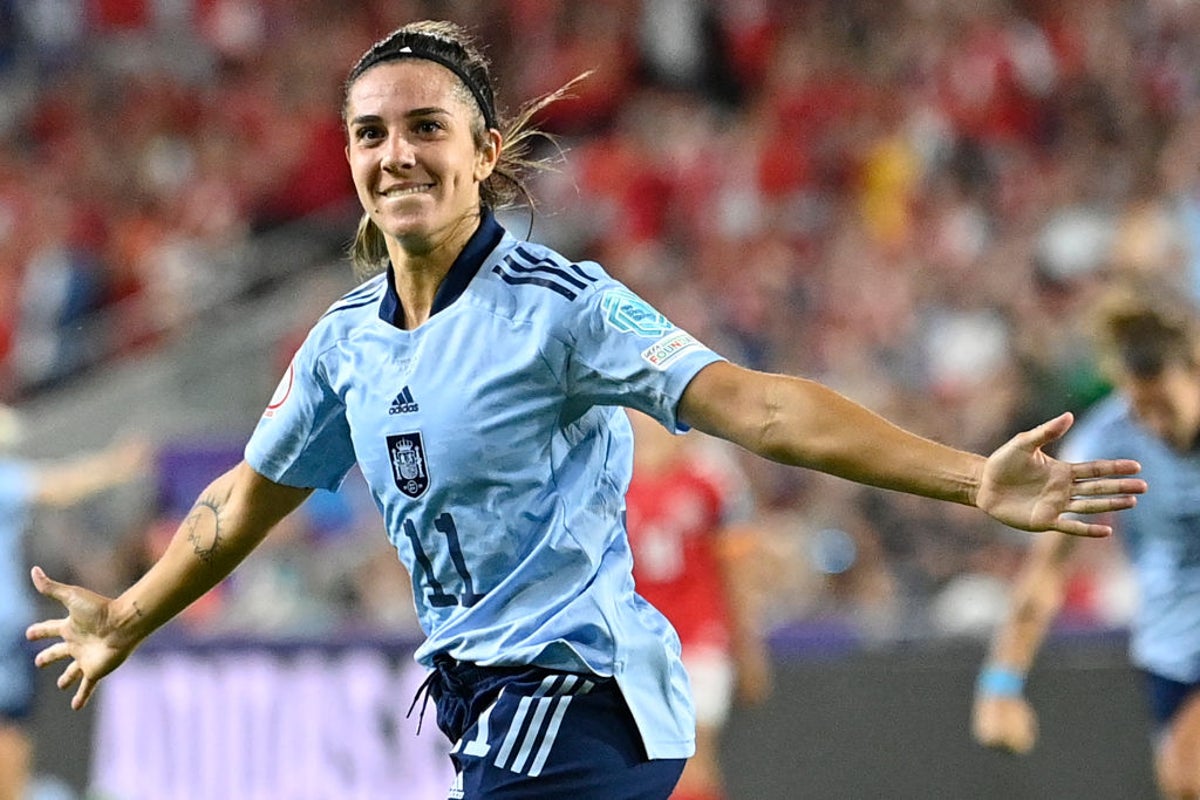 For a team that started Euro 2022 with such high hopes, progress to the knockout rounds was only secured at the very end. Spain were already fighting their way into the quarter-finals when Marta Cardona’s 90th-minute header finally ended Denmark’s struggle, but only after a tense evening at the Brentford Community Stadium that suggested England should head into next week’s meeting down in Brighton with confidence. Spain needed just a draw to progress at the expense of Denmark, who needed a win – and for much of the evening they looked like the side most likely to get the required result.

Spain and England were popular pre-tournament choices for the Wembley final – it will arrive earlier instead, but after losing to Germany and passing Denmark here it’s clear this isn’t the same Spain. There are understandable reasons, first of all the absences of Alexia Putellas and Jennifer Hermoso, but a side unbeaten in 24 games up until five days ago are suffering from a crisis of confidence in attack while showing glaring weaknesses in defence. The prospect of facing an England side who scored 14 goals to top Group A should be a daunting prospect.

However, they have a chance to keep fighting, and for that they can at least be thankful. For much of the evening it looked as if the Euro favorites would be the first to be sent home. Had they faced a team as ruthless and efficient as Germany were in their last game, that might have been the reality. A Danish side that often consisted of nine players behind the ball, with Pernille Harder leading the attack alone, could still create some clear chances. Harder excelled in her solo mission to raid the Spanish half and while often lacking the support to match her own quality, she set up Nadia Nadim who could have been a late winner before Cardona’s header.

Spain survived, but again you feel that something is fundamentally broken about their approach. The first half seemed to be going in a loop. Spain would lead the ball to the halfway line. Denmark withdrew and obediently shuffled back and forth while Spain exchanged short but unthreatening passes outside the box. There was sometimes a cross thrown into the box out of hope rather than intent, often the move failed with a loose pass inside, but the result was always the sight of Denmark flying down the other end of the pitch and Red shirts pounce on goal.

This obviously wasn’t planned and a more disciplined Danish side could have made it to the quarter-finals by half-time. The ease with which Denmark created quality chances was astounding as was the wobble in the Spanish defence. Despite Denmark averaging less than 25 percent possession, they only needed a long ball down or a simple one-two to break into the other half.

Harder was invariably involved in all four opportunities that presented themselves. However, Sandro Panos was only tested once, and that with a tight angle shot. With the best opportunity, Harder deflected a shot over the goalkeeper, who was also lifted over the bar. Denmark could have scored four goals had they shown better execution in the last third.

Spain was eventually able to remain stable and managed to test goalkeeper Lene Christensen but still lacked the ruthless edge in the penalty area. Athenea del Castillo was brought into her attacking line after the 2-0 defeat by Germany, but despite her directness and drive from the left wing, she did not prove to be the finisher Spain so desperately needed. However, chances began to arise when Ona Batlle provided another excellent valve on the right wing. Mariona Caldentey, back in midfield, fired an initial shot from Batlle’s pullback, matched by Christensen.

Spain did just about enough, but the evening’s growing tension was reflected in Jorge Vilda making three changes at the break. Esther Gonzalez, Spain’s number 9, came on to replace Lucia Garcia, who once again struggled in the central role. Cardona also came on for the equally inefficient Sheila Garcia.

But the pattern continued. Harder played a pass to Rikke Madsen, who went down a little too soft after touching the other substitute Olga Carmona. Aitana Bonmati refused to shoot into the box, causing some frustration among the Spaniards in the 16,000 crowd. Carmona attempted a couple of shots from left back and tested Christensen with a low shot from long range, but the target didn’t seem to be getting any closer.

Spain looked to have weathered the storm in Denmark the worst. Lars Sondergaard’s team was exhausted, apart from the endless energy of Harder, who now more than ever managed to do it alone. The Chelsea striker would create two more chances, both again from simple passes forward. The best of these she fielded for substitute Nadim, who is representing Denmark after fleeing Afghanistan as a child. Her shot was blocked by Panos and Denmark’s last chance was wasted. Cardona’s header in the 90th minute saved Spain progress and took the nerve out of stoppage time, but England won’t lose their sleep after all tonight.

I bought a house in the Metaverse for just £1,000 - it's the future of the internet

Joshua’s legacy is tarnished as the boxing world calls out Fury vs Usyk – what happens next?

When is Australia vs England today?