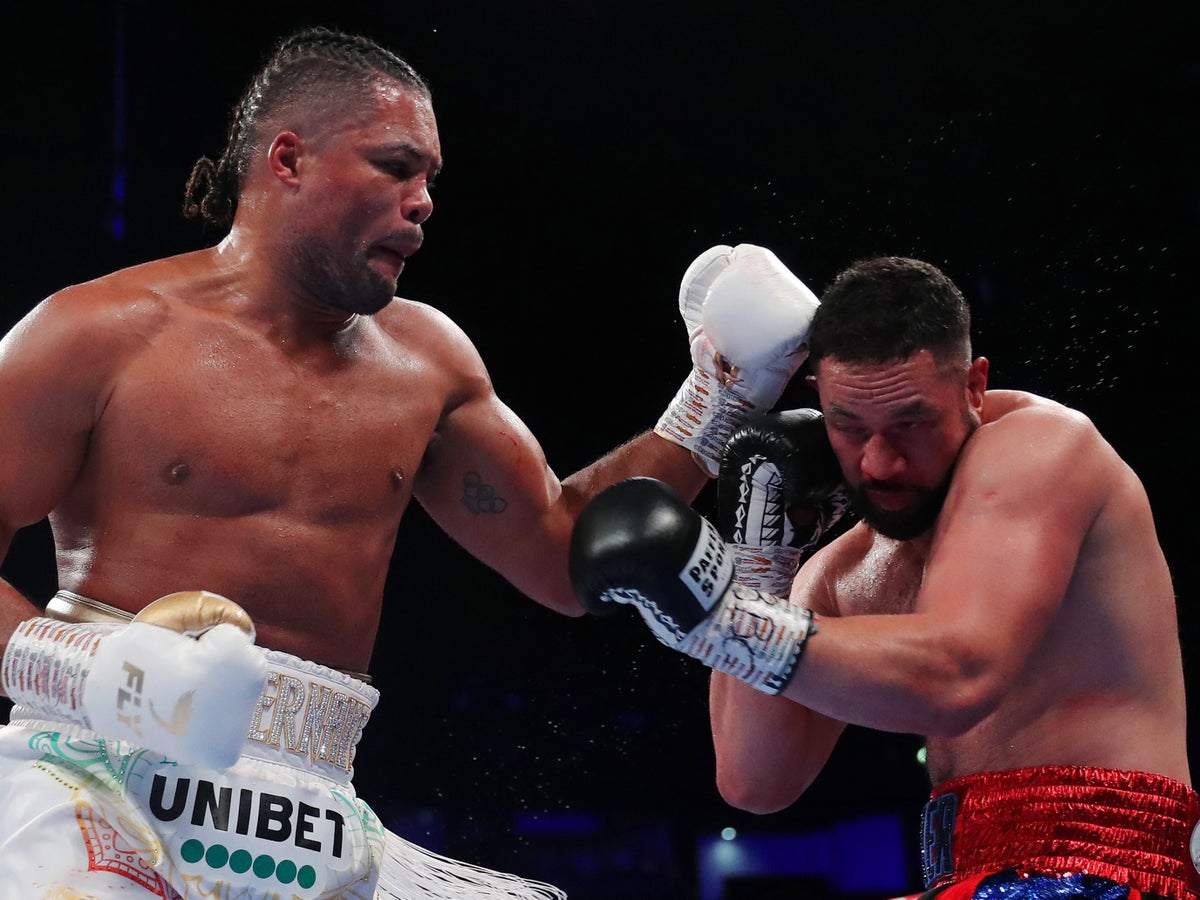 Saturday night in Manchester, Joe Joyce was undeterred, undeterred and relentless as he marched through Joseph Parker’s offense, defense and toughness to knock out the New Zealander in the 11th round and clinch the vacant WBO interim heavyweight title.

Ever since the Olympic silver medalist turned pro, there have been criticisms of Joyce’s speed, movement and creativity, but the Brit has amassed an unbeaten record of 15-0 (14 KOs) by playing to his strengths, and that’s exactly what he did against Parker exciting main event contest in the AO Arena.

At 37, Joyce has time against him in his quest to become world champion, but that didn’t show on Saturday. Joyce chose his moments wisely in Manchester, applying constant, measured pressure to Parker but only increasing the volume and intensity of his performance when absolutely necessary.

Joyce built a healthy lead with forward moves, teasing jabs and well-timed power punches, while New Zealander Parker showed big heart to absorb his opponent’s most effective offense and fire back with brutal body hooks and the occasional terrifying haymaker.

Yet the “Juggernaut” kept pushing forward, tireless as he took Parker’s punches as if they were “tickles,” something he’d threatened before the fight.

As the cuts and bruises mounted on Parker, who did his best not to go limp and instead conjured up a finish against the odds, Joyce felt the end didn’t have to wait until the final bell.

The Brit ignored a promising spell from Parker late in the 10th round and forged an early opening in the 11th round. As Parker backed away, Joyce threw a final hook at the Kiwi’s jaw, pinning the 30-year-old against the ropes.

Parker seeped through them almost like liquid, but somehow got back on his feet. However, it was too late; He failed to beat the referee’s count and was sentenced to a first injury loss.

The Brit even challenged the undefeated southpaw head-on, referencing a famous interview with the Ukrainian, saying: “Usyk, I feel very comfortable, let’s do it.”

For Parker, meanwhile, it was his third loss as a pro. The 30-year-old (30-3, 21 KOs) previously lost to British heavyweights Anthony Joshua and Dillian Whyte in back-to-back bouts in 2018, with the loss to “AJ” causing the Kiwi to drop the WBO title.

In the co-main event at the AO Arena, Women’s Featherweight World Champion Amanda Serrano bounced back from her narrow loss to Katie Taylor to surpass Sarah Mahfoud on all three judges’ scorecards.