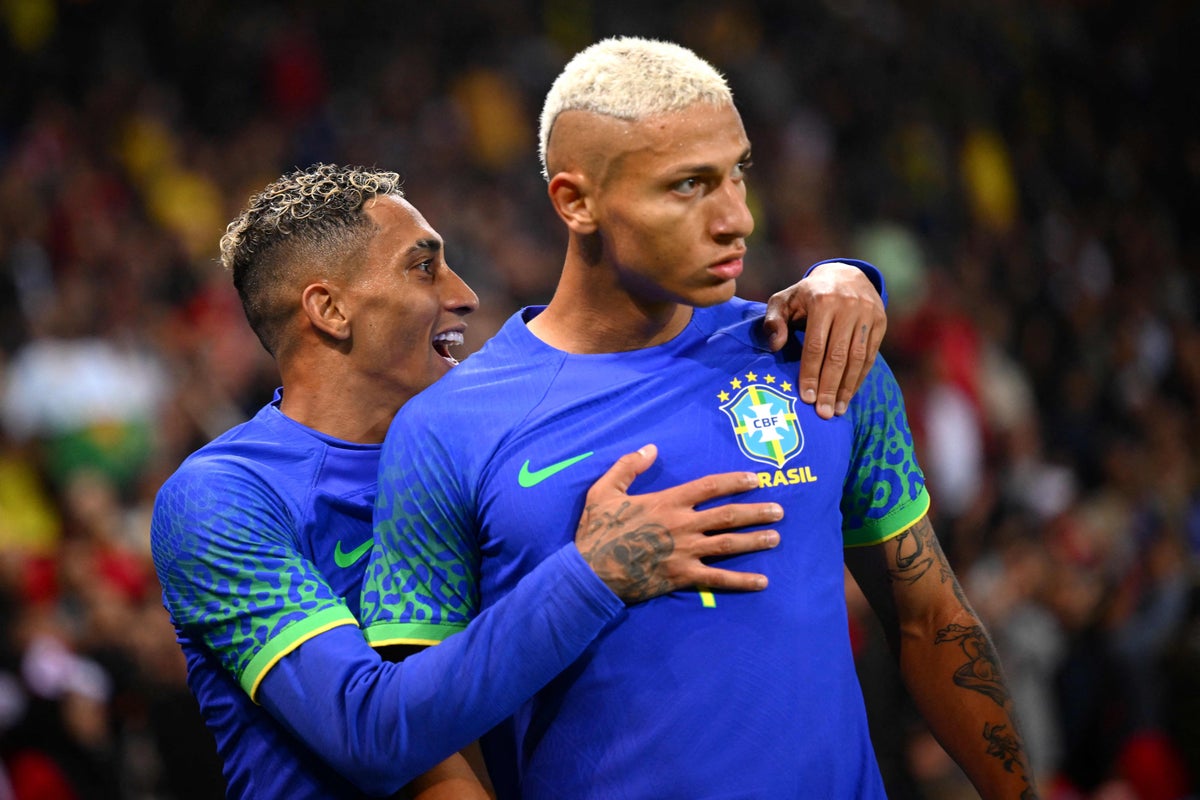 Tottenham striker Richarlison was pelted with a banana during Brazil’s friendly win over Tunisia in Paris on Tuesday.

The incident happened as he ran to the corner flag to celebrate his side’s second goal in a 5-1 win at the Parc des Princes.

Before the game, five-time world champions Brazil’s team posed for photos with an anti-racism banner that read: “Without our black players, we wouldn’t have stars on our shirts”.

The Brazilian Football Confederation (CBF) later issued a statement on the Richarlison incident via Twitter.

It read: “Unfortunately, Richarlison, the scorer of Brazil’s second goal, had a banana thrown onto the pitch.

“CBF reaffirms its position on combating racism and rejects any expression of prejudice.”

https://www.independent.co.uk/sport/football/richarlison-racial-abuse-banana-brazil-tunisia-b2176768.html Richarlison’s racism: Brazil striker has bananas thrown at him in Paris win over Tunisia