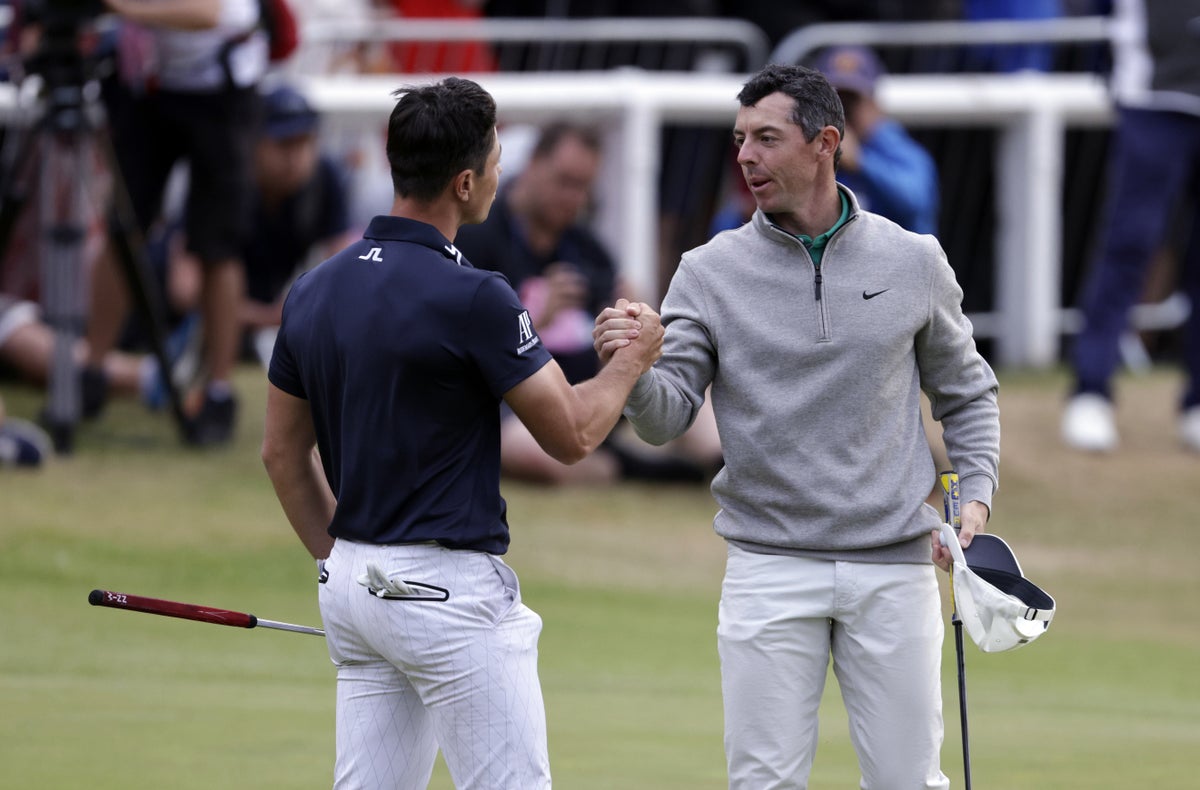 Rory McIlroy has every confidence in his ability to end his great drought in the best possible way by winning the 150th Open Championship at St Andrews.

McIlroy and playing partner Viktor Hovland carded matching third rounds of 66 on the Old Course to finish 16-under par and open a four-stroke lead over the chasing group led by Cameron Smith and Cameron Young.

“We fed each other really well,” said McIlroy, who holed out of a bunker for an eagle on the 10th and also made five birdies. “We are both very well positioned for tomorrow.

“I know it will take me another day like the last three days to get the job done.”

McIlroy won the 2014 Claret Jug and won the US PGA Championship a month later, but injury prevented him from defending his title at St. Andrews in 2015 and he had to wait a long time for greater success.

“It would mean everything because I’ve been trying to get fifth for the past few years,” added the world number two.

“But this is where we’re talking about not outdoing myself… I need to go out there and keep the same mindset that I’ve had for the last three days.

“I know if I play my game I can get results like this on this course and I have to do it one more day and then I’ll give you all the superlatives and everything else when that happens.

“I’m a better player than I was 12 months ago. I have a lot of confidence in myself. I’ve done it before, I know I can do it again. I just have to go out there and stay in my own little world, get a good result and hopefully that’s enough.”

Speaking about the bunker shot on the 10th, McIlroy added: “That was special. Winning these kinds of championships sometimes takes a little bit of luck here and there – it was part skill and part luck.

“It was a bonus, doing an eagle there was huge. Every part of my game has felt good and I only have one more day to go.”

As McIlroy seeks a fifth major title, Hovland is chasing his first and first for a Norwegian male player.

“I don’t think there is another place that would top that,” said the 24-year-old about the victory in St. Andrews.

“Growing up in Norway I always watched The Open Championship much longer than I ever had before, like the Masters. Winning a major closest to home would be really cool.

“It’s pretty crazy where I grew up and so far from playing the PGA Tour, the European Tour or the major championships.

“Just being here is very special but to have a chance to win one yes I’ll have to pinch myself but that doesn’t mean I’ll hold back tomorrow.”

https://www.independent.co.uk/sport/golf/rory-mcilroy-viktor-hovland-cameron-smith-st-andrews-norway-b2124882.html Rory McIlroy confident he can ‘get the job done’ on final day of Open

I bought a house in the Metaverse for just £1,000 - it's the future of the internet

Brighton hit back at “inaccurate reports” about the Cucurella deal