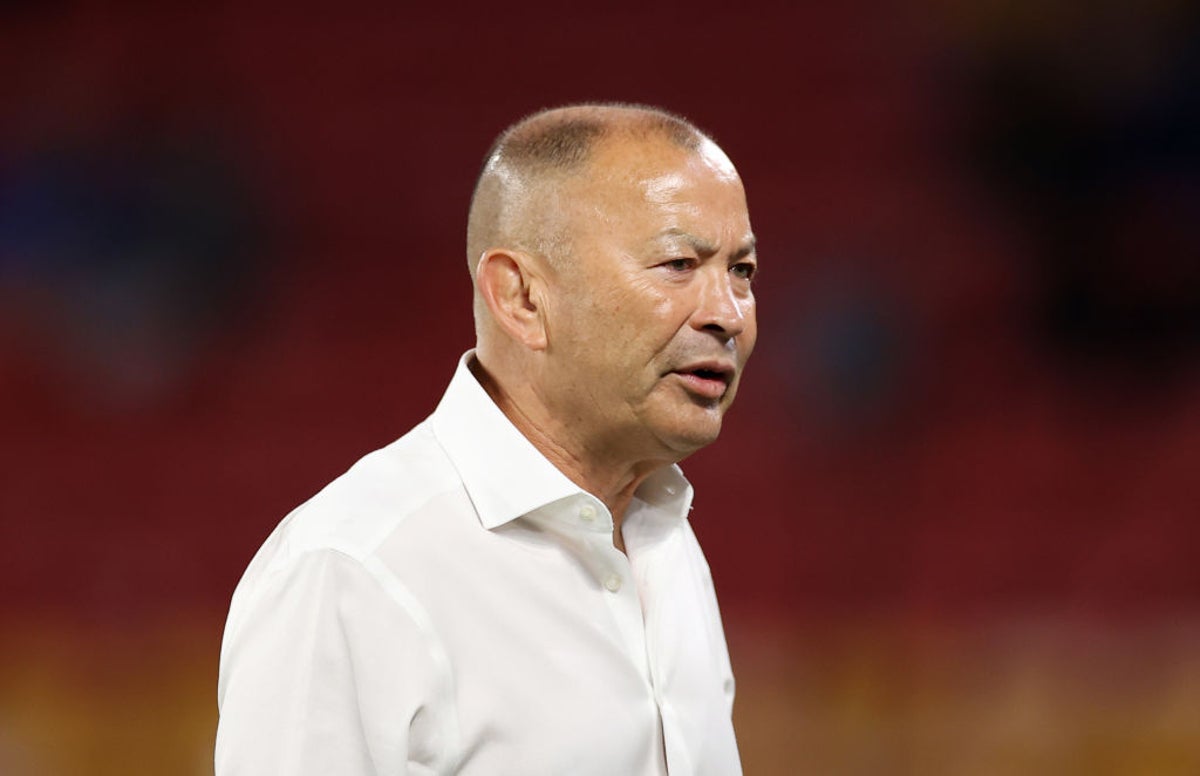 The Rugby Australia chief executive has condemned the “offensive” comments and behavior made by fans towards England on Saturday night.

England head coach Eddie Jones was embroiled in a furious confrontation with an Australian fan after he was called a “traitor” during the game.

In a statement on Monday, Andy Marinos said comments made by spectators in the Sydney Cricket Ground (SCG) members’ area towards English staff were “unacceptable” and “not representative of rugby values”.

The Chief Executive added: “We have a zero tolerance policy for inappropriate behavior and are working with Venues NSW on appropriate sanctions for these individuals.

“Rugby prides itself on the values ​​of respect and integrity – as players from both teams saw after the final whistle of a hard-fought series at SCG on Saturday night.

“We expect spectators to uphold these values ​​of respect and integrity when attending rugby matches – and, we hope, in society at large.”

It comes after footage posted to social media from Saturday’s 21-17 win showed Jones being baited in two separate incidents on the night England completed a series win.

In one clip, a man wearing a Wallabies cap and holding a pint of beer points his finger at Jones as he steps onto the pitch and says “You’re a traitor” twice, eliciting an angry reaction.

Jones struts to the stands and replies, “Come here and say it” three times, causing the surprised fan to back away, and is then led away by a member of the grounds’ security staff.

The security guard is heard saying to the fan, “I’ve spoken to you before.”

In another incident, which occurs while walking through the SCG members’ area, Jones is again called a traitor and this time he replies, “What did you say, you bloody idiot. Go fuck yourself buddy.”

In another incident, which also happened during the third test of the Australian series with England, another fan was filmed climbing onto the roof of the stands and urinating.

On Monday, Rugby Australia said the man had been banned for life and called “regrettable” and “disgraceful”.

“This individual has been placed under a lifetime ban from Rugby Australia events – and we will continue to support the authorities in dealing with the matter,” Mr Marinos said.

It is understood Jones, an Australian who coached the Wallabies from 2001 to 2005, was subjected to hostile abuse as he walked to and from the coaching box with the SCG’s layout meaning he walked through sections of the home crowd had to.

“Clowns think they have the ability to abuse trainers,” Jones told the Sydney Morning Herald when asked about the incident.

It comes at the end of a successful tour of Down Under, during which he clinched a valuable series win 14 months before the next World Championship.