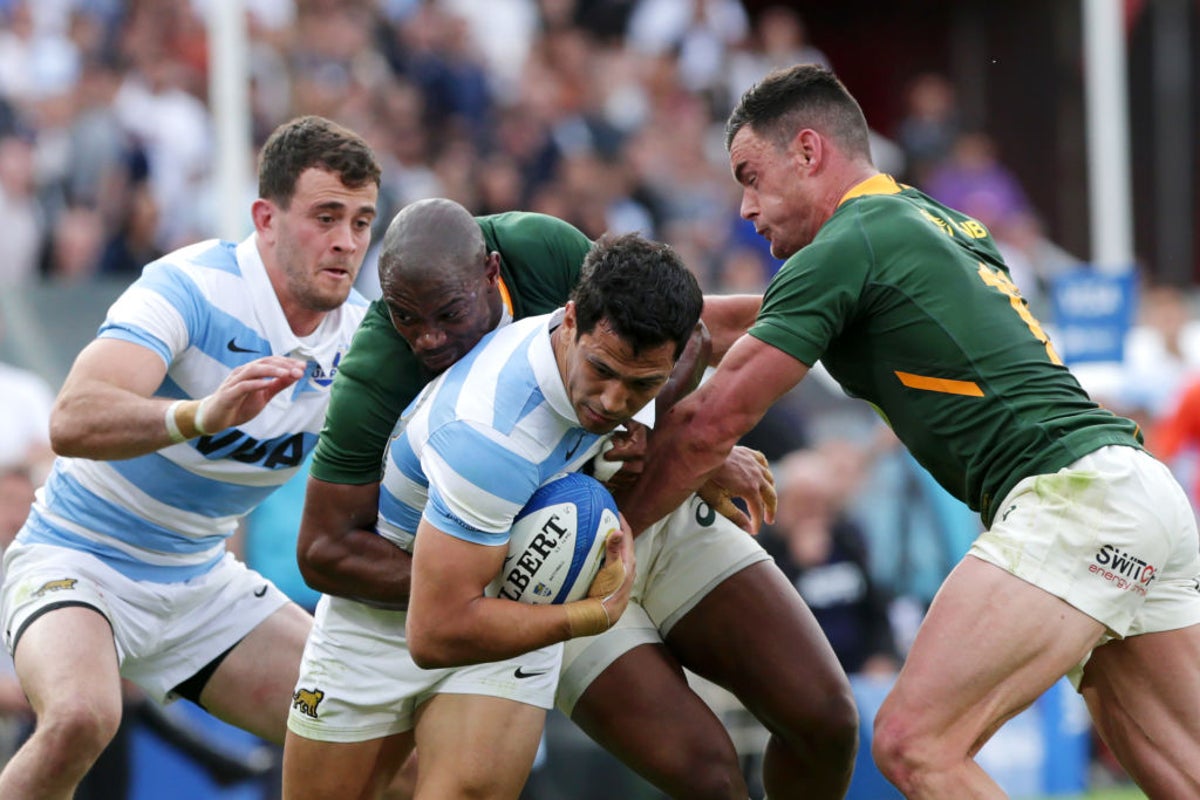 It is conceivable, but unlikely, that all four Rugby Championship sides could finish on 14 points after this weekend’s final round of matches in the hard-fought battle for supremacy in the southern hemisphere.

Two sides are more likely to lead the record, but what are the competition rules for team separation?

At the top of the table are New Zealand and South Africa with 14 points, followed by Australia (10) and Argentina (9).

The Wallabies travel to Auckland on Saturday to take on New Zealand before South Africa meet Argentina in Durban, where they know exactly what it takes to lift the trophy.

Should the Springboks and All Blacks both win as expected, it could come down to who manages a try-scoring bonus point, awarded if you manage three more tries than your opponents.

Assuming both do or not, the first tiebreaker is the number of wins in the championship, which will not be helpful in this case as the permutations, whatever they are, suggest that two or more sides would still be the same.

The second differentiator is the number of wins between the teams in question, but again this probably won’t be of any help.

New Zealand and South Africa each won a Test against each other and if Australia and Argentina rise to the challenge this weekend it will be the same everywhere.

The next tie-breaker is points difference through the series, and this is where New Zealand prevail.

Should the results show the Springboks level with the All Blacks on that score, the next tiebreaker will be the points difference in games between those teams only.

Here the Boks hold the lead as they beat New Zealand 49-45 in their two games. Australia would also likely trump New Zealand with a win after losing 39-37 last weekend.

A tiebreak after that shouldn’t be necessary but would be the number of tries scored in the series. If that is also the same, the trophy will be shared.

https://www.independent.co.uk/sport/rugby/rugby-championship-winner-decided-b2170453.html Rugby Championship: What happens when all four teams level and how is the winner determined?