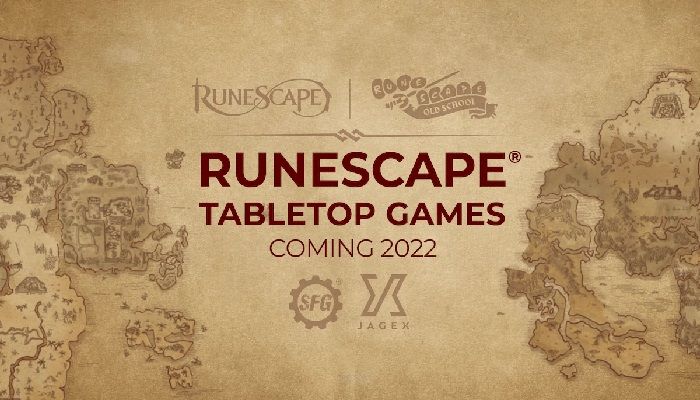 The RuneScape Franchising expanding with announcement of two board games set for release later this year.

RuneScape will get both a board game and a board game with a core book inspired by RuneScape’s the lore and world of Gielinor. Board games will receive a Kickstarter campaign but TTRPG will only get a live release. Both games will draw inspiration from the classic quests, characters, and lore of the game into events and experiences that are reimagined and unlock the potential for players at the table.

With RuneScape having been in business for over two decades now, there’s a lot of room to work, but of course maintaining a loyal player base over those two decades means you’ve got some very discerning players. Games being made by Steamforged under the agreement with Jagex. Steelforged is a company that has had success with tablet video game adaptations. Their monster hunter: world board game raised more than £3.4 million on Kickstarter last year.

The board game will feature 1 to 5 players in campaigns through Gielinor where they can upgrade their gear, learn new skills, interact with NPCs, cook, etc. perform side quests.

Board RPG will be an adventure with depth with a hardcover core book there will be rules to allow players to run their own RuneScape board game. This will bring character creation from your PC and mobile to your closest group of friends. You can build your character, explore, create quests and create your adventure. It is compatible with the fifth version of Dungeons & Dragons.

Surely many of us are familiar with on the table and writing adventures on the road to game adaptation, it shows that there is potential for another way of working. There’s no word on exactly when these will arrive, but it will be this year.

For more you can go to RuneScape page on the table at Steamforged.

Method Man combines a love of horror with hip hop and releases a new song for Evil Dead: The Game