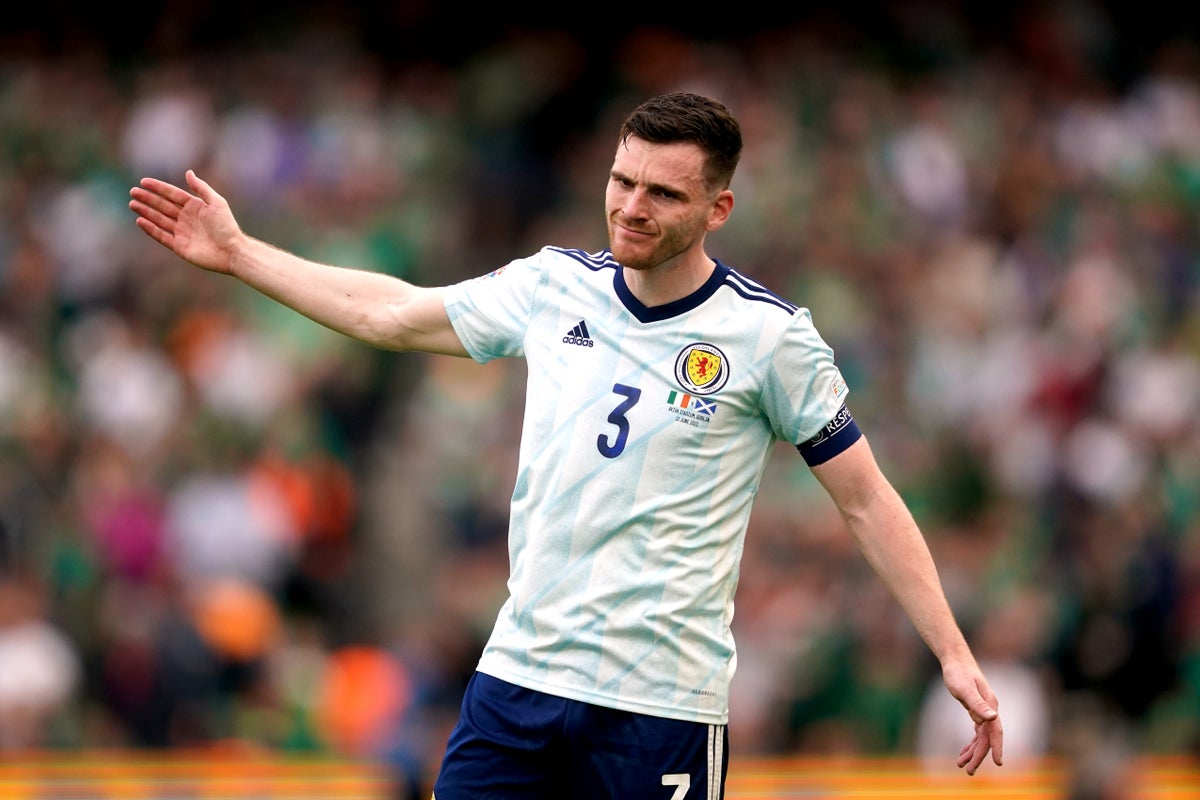 Manager Steve Clarke will name his squad for home games against Ukraine and the Republic of Ireland and then away in Ukraine on Tuesday morning.

However, left-back Robertson is unlikely to be involved after Liverpool manager Jurgen Klopp revealed he expects the 28-year-old to be sidelined until after the international break after the Champions League away defeat with a knee problem that flared up late last week near Naples.

Speaking to the media ahead of Tuesday’s Champions League home game against Ajax, the Reds boss said: “Robbo is not at 100 per cent now.

“(He felt something) very late, 93rd or whatever. Actually, he didn’t feel it until the next day. But yes, I’d say he’ll be out at least after the international break.”

News that his captain is struggling will come as a blow to Clarke ahead of three games against two teams who have already beaten Scotland this year, with Ukraine going 3-1 in a World Cup play-off at Hampden in early June won and Ireland beat the Scots 3-0 in the Nations League in Dublin 10 days later.

Clarke was already struggling to think in his defense as Rangers centre-back John Souttar and Leeds captain Liam Cooper had only played 67 and 45 minutes respectively this season.

Souttar has been battered by injuries and the aftermath of close family grief, while Cooper has struggled back from an Achilles problem.

Additionally, Sunderland striker Ross Stewart Clarke is unavailable after suffering a hamstring injury in warm-up ahead of the World Cup clash with Middlesbrough.

Top ten players in the WORLD ranked by FIFA 23