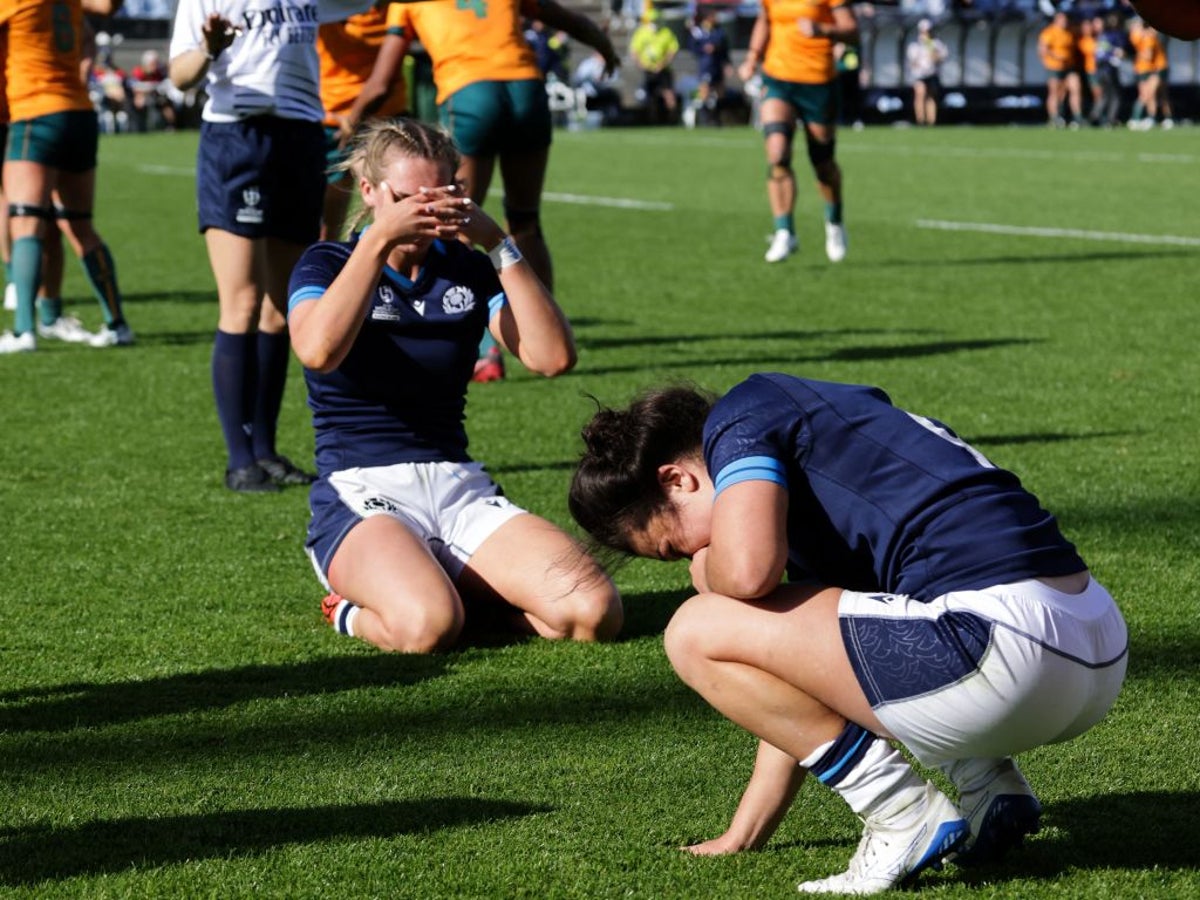 Scotland head coach Bryan Easson said he was “heartbroken” after the loss to Australia left them on the brink of Rugby World Cup elimination.

Easson’s side led 12-0 at the break in Whangarei thanks to a goal from hooker Lana Skeldon and a penalty attempt.

But Australia – who finished with 13 players after Ashley Marsters and Adiana Talakai were sent off in the closing stages – scored 14 unanswered points in the second half to seal a dramatic victory.

“It was always going to be tough,” Easson told ITV. “We knew the wind was very strong in the first half and we could probably have used a few more points.

“We knew Australia would put pressure on us. We had to keep the ball and build up phases, but it just wasn’t supposed to be the second half.”

Scotland suffered an 18-15 loss to Wales in the tournament’s opener when Keira Bevan converted a penalty in the 84th minute to seal the win.

They now need to beat New Zealand next Saturday to keep hopes of staying in the competition alive.

Easson said: “These guys are so close, it was the same against Wales. They play good rugby.

“You see the passion that is in them, the fight that they put up. I feel heartbroken for everyone for the work they have put in.”

https://www.independent.co.uk/sport/rugby/rugby-union/womens-rugby-world-cup-scotland-australia-b2203338.html Scotland “heartbroken” and on the verge of World Cup elimination after dramatic defeat by Australia

The best Dragon Pokémon are ranked from worst to best