The University of Brighton’s Screen Archive South East (SASE) has produced a short film capturing moments from the late Queen’s visits to Brighton.

Screen Archive South East is a recognized source of film images covering a wide range of subjects, containing footage spanning over 70 years of the monarch’s life, alongside other royal events over the past century.

Footage from the silent film begins with a wartime visit by then-Princess Elizabeth on 4 December 1945. Still clad in military uniform, the Princess visited Preston Manor in Brighton after checking on troops at King Alfred’s in Hove which was a Royal Navy training establishment.

Additional black and white footage shows a visit by Princess Elizabeth on 18 May 1951, when she was visiting Brighton and Hove just months before her accession to the throne as part of a tour of Sussex which also included Hastings and Lewes.

On this occasion she visited Brighton Palace Pier, the Royal Pavilion and Hove Town Hall.

Two years later and in colour, images show celebrations for the late Queen’s coronation in 1953 at Brighton and Burgess Hill, complete with flag-draped facades and people displaying royal memorabilia created for the occasion. 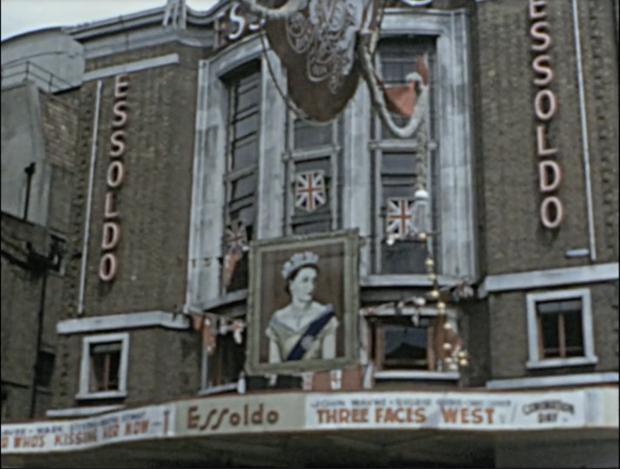 The film concludes with a visit by the late Queen and Duke of Edinburgh in 2001 to meet children from Goldstone Junior School, Knoll Infant School, Hill Park School (then called Hillside) and Aldrington Church of England Primary School. This visit also included a trip to the Brighthelm Center to greet volunteers from St Johns Ambulance and Big Issue vendors.

SASE technician Rod Willerton was given exclusive access to film the royal visit.

dr Frank Gray, Director of the University of Brighton School of Art and Media’s Film Office, which oversees the Screen Archive South East as well as the city’s annual CineCity film festival in November, said: “The university’s three decades of support for the archive has made this possible its collection to be developed and used by students, artists, filmmakers, television companies and producers at regional, national and international levels.

“I was fortunate enough to meet the Queen in Brighton in 2007 when I was able to tell her about the films we had in our collection of her aged 19 to 75. She seemed very pleased with the news.”

With the invasion of Ukraine, NATO suddenly became vulnerable

House hunter appalled as dome in landlord’s back garden, listed on SpareRoom for £750