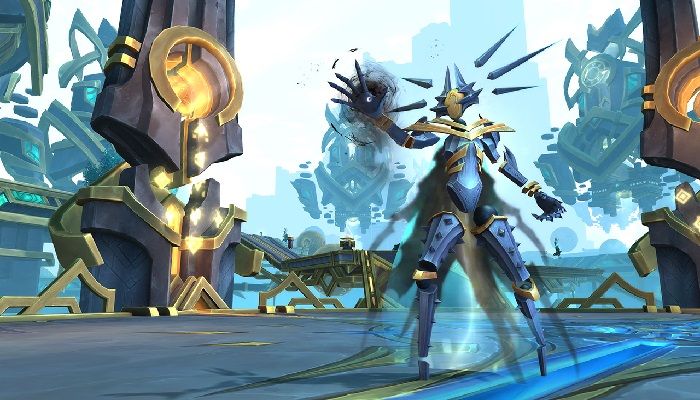 Now you’ve got a taste of Eternity’s End in World of Warcraft since its release last week, it’s time Shadowlands Season 3, and the arrival of the raid The Sepulcher of the First Ones.

Season 3 has arrived and players have a chance to start collecting a new set of classes, brand new rewards, the opening of Tazavesh the Veiled Market, the new Maldraxxus Coliseum, and the launch of a new brawl, Solo Shuffle. Now that the season has begun, it’s also time for the Sepulcher of the First Ones raid, which kicks off today.

The Sepulcher of the First Ones has arrived with both Normal and Hero difficulty. This week, the final three bosses won’t appear, so you won’t have to face Jailer. Next week on March 8, final bosses will unlock for Normal and Hero, while Mythic difficulty will unlock with all bosses included. This raid will continue to roll out in phases. When you enter, you will be able to face the Watchful Guardian near the entrance. It’s just your first time enjoying, but you’re just getting started.

Tazavesh, The Veiled Market would be a quaint place. After completing some quests, you will be able to go to its entrance. Although you can queue directly for this dungeon. Dungeons are available for Hero and Mythological difficulties and happen in two parts, one with five bosses and the other with three.

Brand new class setting pieces will drop from bosses in the new raid of any difficulty, so you’ll be able to get started in no time. These new sections will give you bonuses based on your expertise and will be available in a number of ways to cater to different styles.

Season 3 also brings the game’s first solo queue-only PvP feature, the Solo Shuffle duel. The 3v3 event features one healer and two damage dealers on each side, who compete in an alternate battle for glory and rewards. The new event will be available forever.

See the full list of bosses waiting for you in Sepulcher of the First Ones, or all the different season 3 features unlocked starting today, at World of Warcraft.