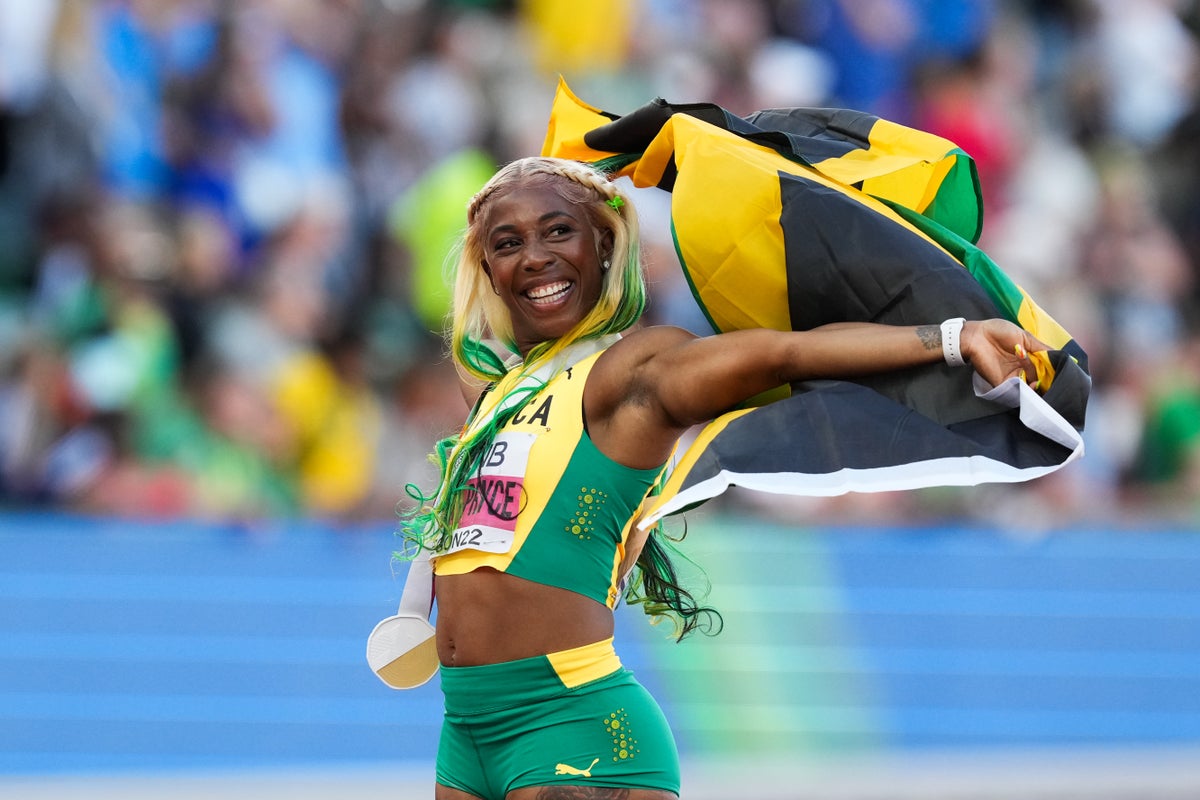 The 35-year-old defended her 2019 crown at the World Athletics Championships at Hayward Field on Sunday night.

She ran a championship record of 10.67 seconds, the sixth fastest time in history, ahead of her Jamaican teammates Shericka Jackson and Elaine Thompson-Herah.

“I feel blessed to have this talent and to continue doing it at 35, to have a baby, to still be alive and hopefully to inspire women that they can make their own journey,” said Fraser-Pryce, who follows After the birth of her son, Zyon returned in 2017 to become the oldest woman to win a world 100m title in 2019. “I can’t even imagine how many times I’ve had setbacks and bounced back and I’m back here.

“I keep reminding myself that sometimes it’s not because you don’t have the ability, it’s because it’s the right time. It was the right timing and I’m so, so grateful for the continued support.

Jackson, who is the favorite for the 200m, ran a personal best of 10.73 seconds, while five-time Olympic gold medalist Thompson-Herah clocked 10.81 seconds.

“I’m just grateful. When I made the switch to the 100m last year I was scared but I took my time and here I am,” Jackson added. “A good feeling to be part of the story and to come for more.”

Thompson-Herah added, “I’m grateful to be on the podium and to be part of 1-2-3. I need to watch the replay to see if I’ve performed as best I can,” she said.

“I am happy to win my first 100 meter medal (individual world championship) and to be on the podium for the first time. I worked really hard even though I had some problems during the season.”

Today's headlines: Pornography to be studied in class as part of Junior Cert redesign; The tourism city has criticized the strategy for housing refugees as local hotels are fully booked