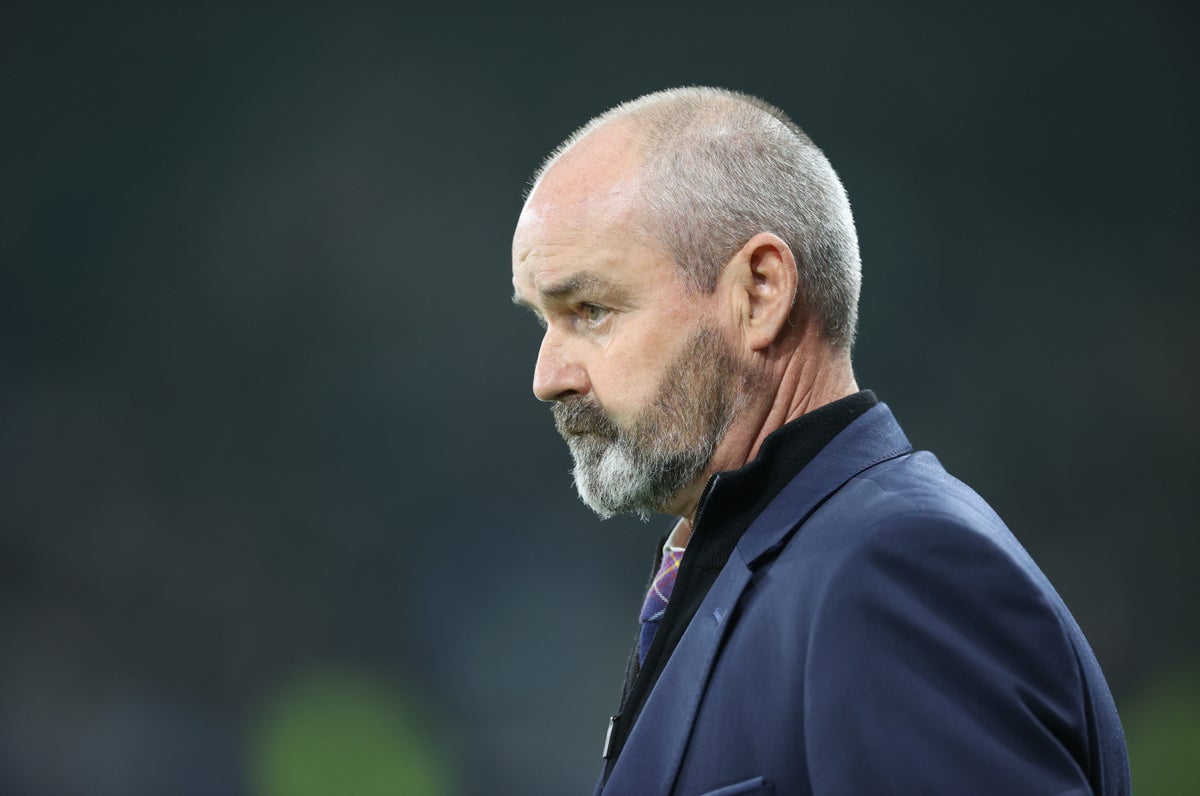 Steve Clarke claims Scotland are “not lacking in problems” ahead of Tuesday night’s thrilling Nations League game against Ukraine in Kraków.

Skipper Andrew Robertson was already injured ahead of September’s triple-header and fellow defenders Nathan Patterson, Kieran Tierney and Scott McKenna are also absent for the final, while midfielder Scott McTominay is suspended.

A virus in the camp has also stricken strikers Lyndon Dykes and Che Adams, although the latter attended a media conference and said he was feeling “great” ahead of a game where home wins against Ukraine and the Republic of Ireland saw B1 leaders Scotland just need one point to win the group and get promoted to league A.

“We’ve got some kind of virus in camp, just illness,” said Clarke, who confirmed right-back Aaron Hickey, who was sent off with a knock on Saturday, had been training with the squad.

“Lyndon Dykes and Che Adams weren’t feeling very well this morning, but they’ll be on the plane.

“So that’s something we have to worry about, so we’re not lacking in issues, nor are we lacking in determination to go there and finish the job.”

Calling Hearts duo Barrie McKay and Stephen Kingsley on Sunday, Clarke was disappointed to lose Tierney and McKenna but insists the squad can be “adaptable”.

“They don’t want to lose anyone from the squad,” said Clarke, who explained he “trusted” McKay and Kingsley.

“Kieran and Scott are two good players doing their best. Injuries are sent to test you, it’s a chance for someone else now.

“Like I said, we have an illness in the camp, maybe I’ll wake up tomorrow morning and have other problems, I don’t know.

Clarke has picking dilemmas all over the field but insists he has plenty of cover.

Of Hickey he said: “Aaron felt a little bit tight in the game and I knew I had Tony Ralston on the bench who could do a good job for us.

“Aaron trained this morning, he seems fine so I have a good choice between Tony and Aaron.”

Clarke managed Greg Taylor at Kilmarnock and was pleased with the way he took over from Tierney in the first half in the 2-1 win over the Irish but insists the Celtic left-back has competition for his place himself.

He said: “Greg’s determination to do well was clear to me as soon as I walked in the door at Kilmarnock. I know he wants to get better.

“He’s moved to a bigger club, he’s coped with the expectation and the pressure of playing at that bigger club, every time I’ve asked him to play for the national team he’s done really well.

“So don’t worry about Greg and you want that all over the place. Young Josh Doig has come in and trained very well, looking good, Stephen Kingsley has filled that position too, Kenny McLean has played there for Norwich three or four times this season so we’re well covered.

“It’s about coping with what fate has thrown at us and being determined to get the job done.”

Clarke stressed whoever wins the bid on Tuesday night, Scotland will not take part in the draw.

He said: “I don’t think anyone bets on a tie, you’re always set to win the game.

“We certainly won’t play a draw there because if you don’t live up to expectations, you lose the game.”

https://www.independent.co.uk/sport/football/steve-clarke-scotland-nations-league-scott-mctominay-andrew-robertson-b2175386.html Steve Clarke ‘not short of problems’ ahead of Scotland rematch with Ukraine