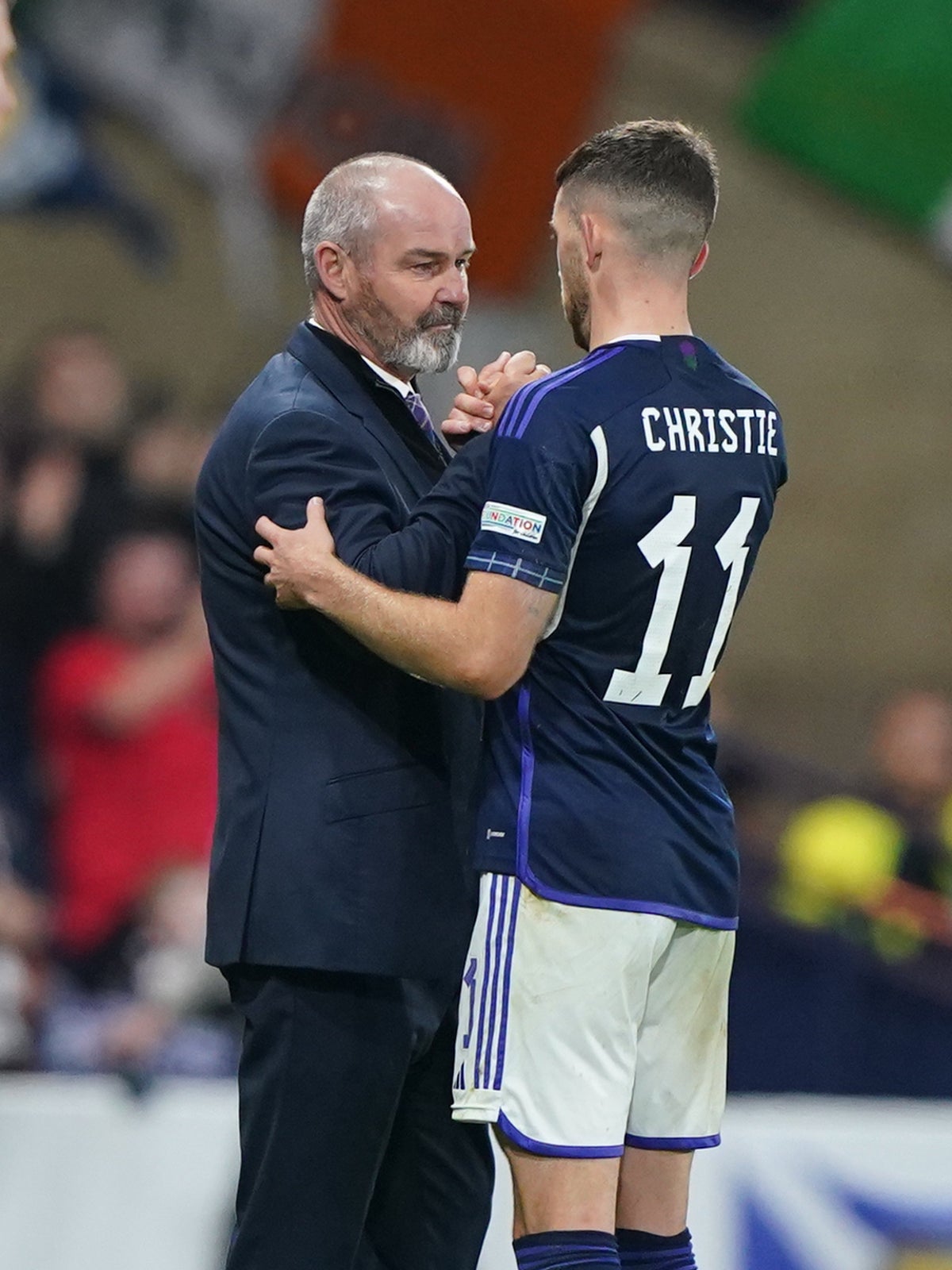 Scotland manager Steve Clarke praised his side for showing the patience and composure to reverse a half-time deficit and defeat the Republic of Ireland 2-1.

The Scots – playing their second game in 72 hours – were trailing at the break before John Egan’s opener at a packed Hampden.

But Jack Hendry’s second-half header and a late penalty from Ryan Christie – following an Alan Browne handball – were enough to secure Clarke’s side a crucial victory as they settled at the top of Group B1 of the league ahead of Tuesday’s showdown Nations League over Ukraine moved back nations in Kraków.

“It was as tough a game as we expected, you could see Ireland had a clear week preparing for the game,” said Clarke. “We needed a bit of time to get a foothold and by that point we had conceded a goal from a set piece, which works to Ireland’s strengths as they have good pace up front and are a good counter-attacking team.

“Towards the end of the first half we had more control of the game. I told the lads at half-time to just be patient and keep working the ball into good areas.

“I knew the game would come back to us at some point. Halftime was all about doing a little reset to calm the lads down.

“You don’t want them to get too frantic and start putting the ball into the box from deep areas.

“In the end it was 1-1 and the penalty was right. If you jump at the ball like that with your hands forward and it prevents the ball from going into the goal, that’s a penalty.”

A point against Ukraine sees the Scots top of the group and promotion to Group A.

“At this point I’m just thinking about what my issues (in terms of injuries) are bringing to the game on Tuesday rather than thinking about the consequences,” he said.

“If we can do that, we’ll get first place in the group. Then we can talk about what it means to be first.”

Clarke lost both full-backs Kieran Tierney and Aaron Hickey to injuries during the game but insisted they were both dismissed as “a precautionary measure”. Tierney was replaced on doctor’s orders after suffering a blow to the head while Hickey had a strained Achilles tendon.

“It’s disappointing for something that happened so late in the game but we have a lot of cover, a lot of midfielders,” Clarke said. “If it has to be Ryan Jack or Kenny McLean, we have good bodies to go into midfield.”

Ireland now head into their last home game against Armenia knowing they can’t finish higher than third in the group of four.

Manager Stephen Kenny regretted the way his side gave up control at Hampden.

“It was hard to lose a game because we showed real maturity in the first half,” he said. “I felt we had a high level of control. We had comfortable possession and didn’t give much chance in the first half.

“It was just disappointing to concede five minutes into the second half because we had started the second half well. After that, the crowd really got up and went up. I thought we reacted well and created some really good chances but we just couldn’t convert them. The penalty was controversial, it was very harsh.”

Cactus' identity revealed as another celebrity leaves The Masked Dancer