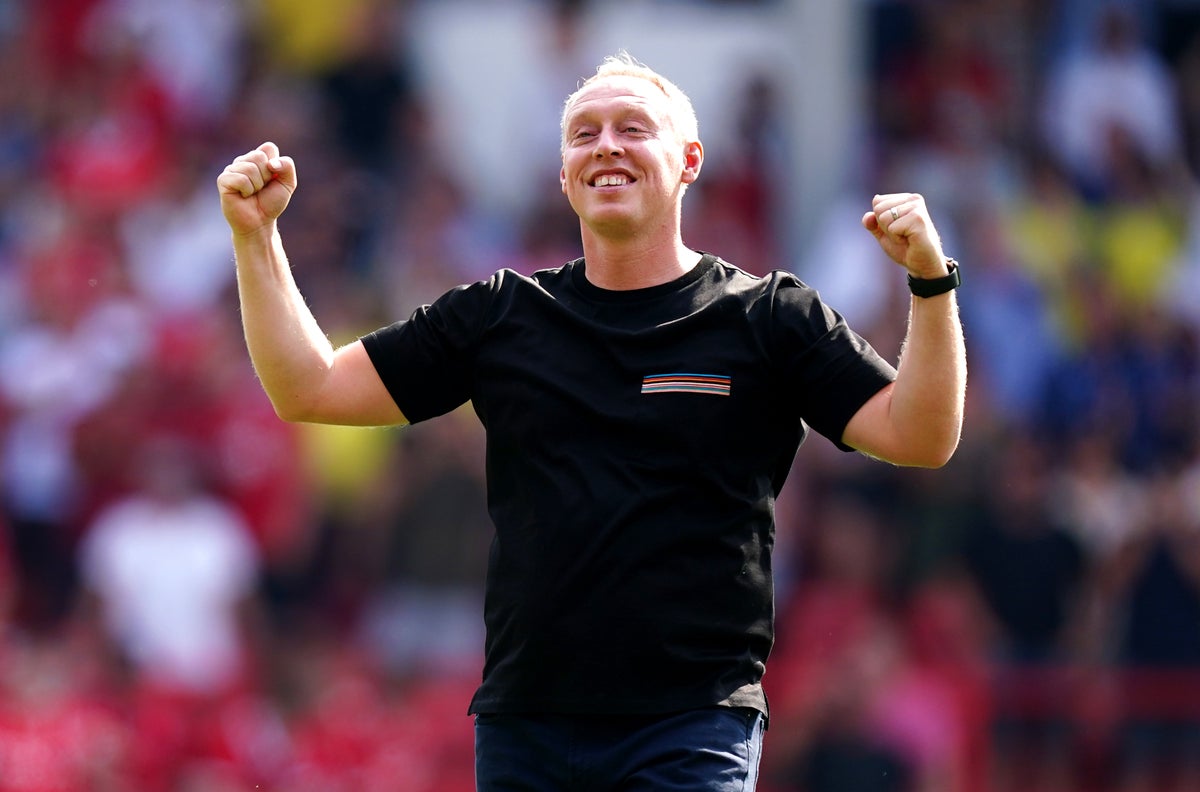 Nottingham Forest boss Steve Cooper knew his side had to deliver for the fans as their first home game in the Premier League in 23 years ended in a 1-0 win over West Ham.

The City Ground had not played a top game since 1999 and Taiwo Awoniyi’s first-half goal ensured it was a victorious home win for Forest.

The striker, who was the club’s record signing this summer until Saturday night, struck home from close range and became the first Forest player to score in the Premier League since Chris Bart-Williams all those years ago.

Forest fans had been waiting for this moment for a long time, and Cooper knew the importance.

“There were two things today, the occasion, the event of the first Premier League home game that was so important to so many people and we would never treat it as a normal game, it was more than that,” he said.

“Ever since we were promoted, you could tell that everyone was waiting for the first home game.

“We knew it was a very important day. We’ve talked here today about three generations of Forest fans, one remembering the really good old days, a new generation set to watch their first Premier League game and the one in between.

“We had to stand in for all three today.”

Awoniyi’s goal in first-half injury time, just after West Ham ruled out a goal from VAR, was the reward for a spirited first-half performance.

The second half was more hectic as Forest goalkeeper Dean Henderson saved Declan Rice’s penalty while Pablo Fornals and Said Benrahma both hit the underside of the bar.

Cooper felt his side deserved it in the first 45 minutes.

“In the first half I thought we were the much better team, we really brought the game to West Ham,” he added.

“In terms of the game I was so happy with our attitude and confidence in the first half, the atmosphere was great anyway but that made it even better.

“We played really well in the first half and maybe we should have done more. We deservedly won the game today and that was important.”

“I’m really frustrated,” he said. “We didn’t score a lot of goals in pre-season, so that’s an excerpt of that.

“The first 20 minutes frustrated me, I thought we were really poor. We grew into the game. We didn’t deserve the result we got, that was for sure, but in the end we deserved it.

“Forest started well, they were powerful, strong and they put us under pressure. We didn’t take it well.

“Maybe another day, today we hit the underside of the bar twice, we missed a penalty, we had a goal disallowed, which was a bit controversial.

“Very little came our way today in a big game for Nottingham Forest. They brought quite a bit of luck and we didn’t have any.”

https://www.independent.co.uk/sport/football/steve-cooper-nottingham-forest-david-moyes-premier-league-dean-henderson-b2144899.html Steve Cooper is delighted that Nottingham Forest delivers on the ‘important day’

Concerns about respite care in Brighton and Hove raised by father

Frasier has a chance with comedy

Celebrations continue throughout the night as England seal Euro 2022 glory