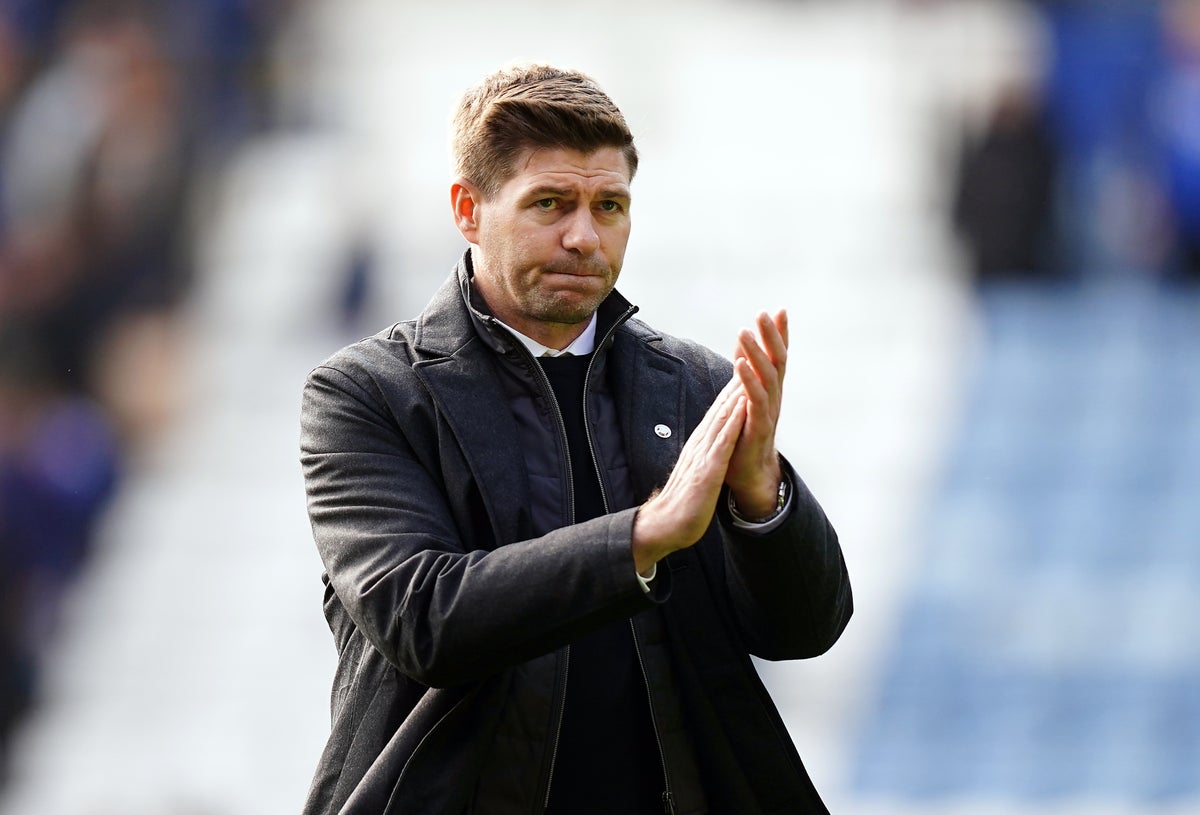 Steven Gerrard accepts the ‘heat and pressure’ he is facing and says he will not ‘squelch’ as ​​he tries to jumpstart Aston Villa’s season.

Villa’s 1-0 home defeat by West Ham on Sunday was their third in four Premier League games this season and the former England captain appeared to have been booed by some fans as he headed towards the tunnel after the final whistle .

The 42-year-old’s arrival at Villa Park last November was greeted with fanfare after he ended Celtic’s dominance of the Scottish Premiership as Rangers manager.

But Gerrard has won just 11 of his 31 Premier League games as Villa boss since then.

“You get out of (tough times) by turning your results around,” Gerrard said ahead of Wednesday’s visit to leaders Arsenal.

“We’ve shown before that we can get through a tough patch and patch games differently and move up this table.

“I’ve gone through tough times as a player and in my short tenure as a coach. I have faced challenges, heat and pressure and I will accept that and take it on my shoulders.

“No one is more determined than me to change this current situation.

“I see this as an interesting challenge for me in this situation and I will not shy away from anything. I will face it head-on and try to make it right.”

After the trip to the Emirates Stadium, Villa played a home game against Manchester City on Saturday.

Gerrard added: “I told the players after the game (West Ham) that we didn’t start the season the way we would have liked but we have a choice to go into a clam and feel sorry for ourselves and continue the results or we step forward.

“I want my older players and all my players to step up front. I have absolute faith and trust in these players. We need our players in the best possible form so we have a better chance of getting results.

“Arsenal were in that situation themselves 12 months ago when they didn’t start the season very well.

“They started with a 100 per cent record but for me it’s a fantastic opportunity and a big challenge for me and my players to try and ruin that.”

The loss of Brazil centre-back Carlos to a serious injury was clearly felt and Gerrard has not ruled out further signings before the transfer window closes on Thursday night.

He said: “It is possible that we will do more. There are a thing or two that we analyze. If things go our way, we might have a new face or two. It’s not as easy as people think.

“We will try to do our best and I know the people in the background are working hard to support me in those areas.”

https://www.independent.co.uk/sport/football/steven-gerrard-west-ham-premier-league-aston-villa-scottish-premiership-b2155701.html Steven Gerrard is not afraid of ‘heat and pressure’ at Aston Villa

Is Everton vs Man Utd on TV tonight? Kick-off time, channel and how to watch Premier League games