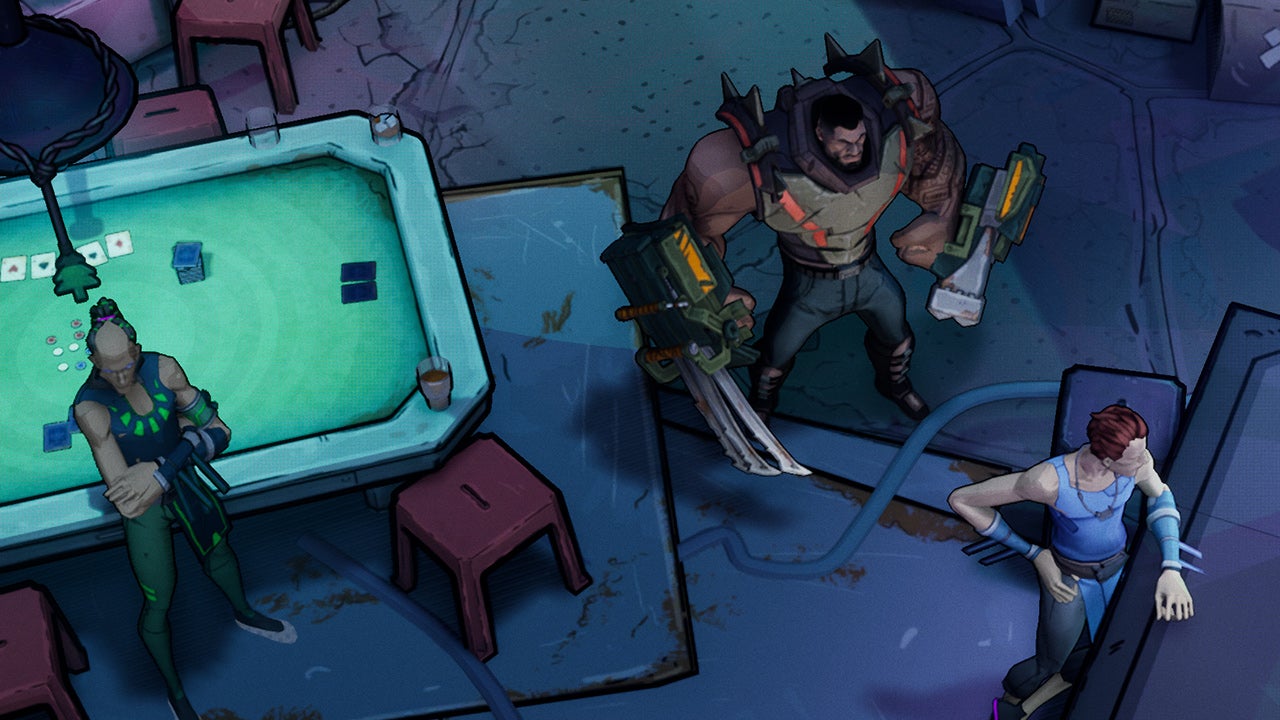 What if there were a Diablo-like ARPG where, instead of choosing from a handful of preset abilities, you could hand-craft your own heroic persona down to the last detail? That’s exactly what the comic book-inspired superhero adventure game Superfuse hopes to deliver, and so far developer Stitch Heads Entertainment’s ambitious venture is showing a lot of potential. The plethora of combat options offers dozens of combinations of abilities, modifiers, and status effects that stack into submenus within submenus to create one of the most disgusting customizable hero builders I’ve seen. It’s a stats nerd’s dream, and if Stitch Heads pulls it off, I could easily see it becoming my next obsession.

Superfuse is a dungeon crawling style game in the vein of Diablo, but it trades in the wizard hat and dragons for a futuristic sci-fi world wrapped in a comic book aesthetic and art style. As you’d expect, you’ll spend a lot of time fighting your way through hordes of enemies and collecting loot while exploring new areas, completing quests, and leveling up. It’s a loop you probably know well if, like me, you were addicted to life-consuming ARPGs of the past. But any resemblance to my looting adventures of yesterday ended the moment I opened the menu and was greeted by stacks of skill trees and customization options in one of the most intricate power generation systems I’ve ever seen.

From the beginning to the end of my time at Superfuse, it was all about options. After days of picking my base hero, the Berserker, as a hulking beast of a muscle man, I almost immediately found myself defining what kind of hero I would become and evolving it over time. It started with going down fairly basic talent trees to determine the type of hero I would evolve into, like an upgrade path that was all about brute force and melee dominance, or another that upgraded my Berserker with Thor- similar lightning abilities. As I progressed in my chosen talent tree, super abilities were unlocked, such as the ability to throw lightning axes as part of the Lightning-themed talent tree, as well as passive traits meant to synergize with my build.

But things got a lot more interesting when I started customizing the super abilities I unlocked using Superfuse’s Skill Creator. You see, every ability I unlocked had its own skill menu where additional modifying sub-abilities could be unlocked to customize how exactly that power works. So in my Lightning Ax throwing scenario, I could increase the range of this power, give the ax the ability to bounce off walls, or even split it into a cone of multiple axes. The amazing number of options available for each power allowed me to make my hero’s power my own.

From the beginning to the end of my time at Superfuse, it was all about options.

But that’s not all. If I didn’t like any of the out-of-the-box power customization options, I could access another customization submenu called Power Fuses, which were modifiers that could be dragged and attached to the Skill Creator tree to create my own custom effects. The amount of skill fuse options was nearly endless, encompassing pretty much every effect imaginable, from adding a poison effect to draining the enemy’s health on kill, to spreading the electricity over an entire group of enemies. Each skill fuse, once added to the skill creation tree, could then be modified with its own sub-effects for one even more granular customization layer.

For those who score at home, that is five levels the adjustment. Select a hero, then select the base skills you want to unlock from that hero’s talent trees, then select how that skill should work in its own dedicated skill creator menu, then modify that skill tree with power Fuses and finally Changing these modifiers so they work exactly the way you want them to. The whole process was completely mind-blowing in the best possible way, and it was really hard to tear myself away from the menu as I envisioned all the different death cocktails I could create with the seemingly endless amount of freedom Superfuse afforded me.

This means that when playing with friends, even two superheroes molded from the same character class could act in completely different ways, with one berserker being a melee-focused monster wielding a giant hammer, while another slaying from afar with insane lightning abilities. I can’t wait to see what crazy concoctions players come up with when Superfuse releases in Early Access later this year.

Mario Strikers: Battle League is a soccer battler coming to Swap in June