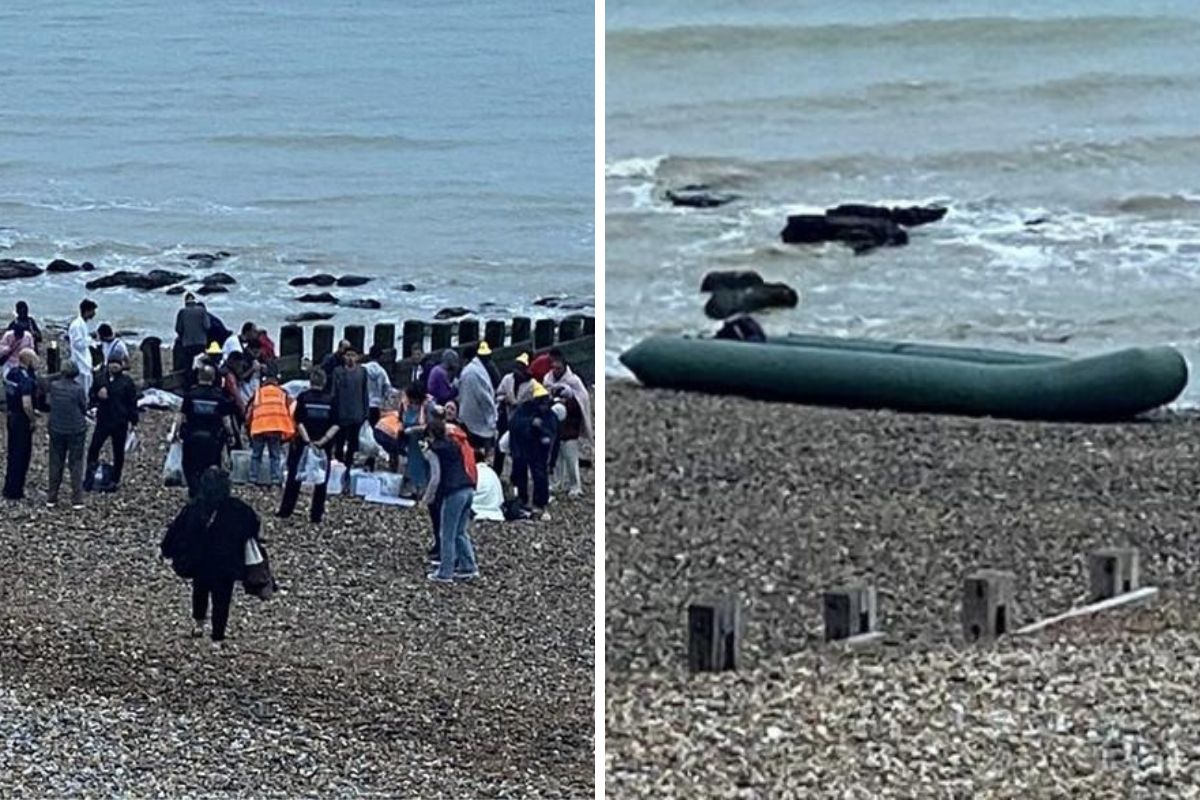 A GROUP of migrants reportedly landed on Hastings beach yesterday, police have confirmed.

Sussex Police, along with Border Force and HM Coastguard, visited the beach near the pier just before 7pm after receiving reports of the landing.

“Police have received reports of a group of migrants landing on Hastings seafront near the pier around 6.45pm on Tuesday (13 September),” said a Sussex Police spokesman.

“Officials were present to support HM Coastguard and Border Force who are the lead authorities.”

Photos show emergency services at the scene speaking to people on the beach.

People wrapped in blankets can be seen.

Another photo shows a boat nearby.

Three flights have been canceled at Dublin Airport today, including two Aer Lingus flights to France