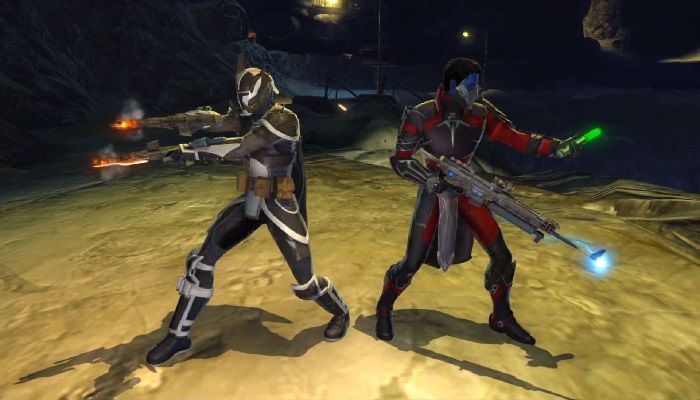 Project lead Keith Kanneg has released an update on the Star Wars The Old Republic Community about what has happened since the release of legacy of the Sith. He responds to feedback as well as how BioWare is preparing for a major update dedicated to both bug fixes and new content.

Kanneg acknowledges that the transition to 7.0 hasn’t been a smooth one for many players, so they’ve tried to fix key issues and respond to feedback they’ve received. The amount of fixes needed warrants an entire patch. This next patch is scheduled for March 22 and is said to contain at least 200 fixes in one big push.

Some of the issues that will be fixed include adjusting the contrast in the inventory screen which was reportedly giving players headaches, the category filter in the skill window which is needed to show all categories certain chests that should contain loot actually had no loot , and unifying colors on individual armor pieces are sometimes not saved when exiting the outfitter window.

Many of these changes are currently in the recently updated PTS build, and the PTS patch notes will also be updated soon so people can follow the development and progress of the fixes. Another thing that is frustrating for some players is that when fighting Malgus on Elom during Flashpoint, something in the game is causing players to take a lot of unexpected and unintended damage. They test a fix on the PTS and explain that it’s because they documented the bug on the live server but can’t reproduce it on the development server. They have some suspected causes, but testing continues.

Kanneg also noted that 7.0 was such a transformative and fundamental update to the game that some players are still getting used to things. He also promises that more stories are to come and that 7.0 was the first step towards what they plan to do for the future of SWTOR. During the 7.0 updates this year there will also be a PVP overhaul, new locations and other graphics and modernization improvements.

https://www.mmorpg.com/news/swtors-keith-kanneg-talks-what-bioware-is-doing-post-70-with-major-fixes-coming-this-month-2000124476 SWTOR’s Keith Kanneg talks about what BioWare is doing after 7.0, with major fixes coming this month

What are you playing this weekend? (2nd of April)

An upcoming Hulu series brings vibes to Hitchcock Meets 1984, all bundled into one thriller