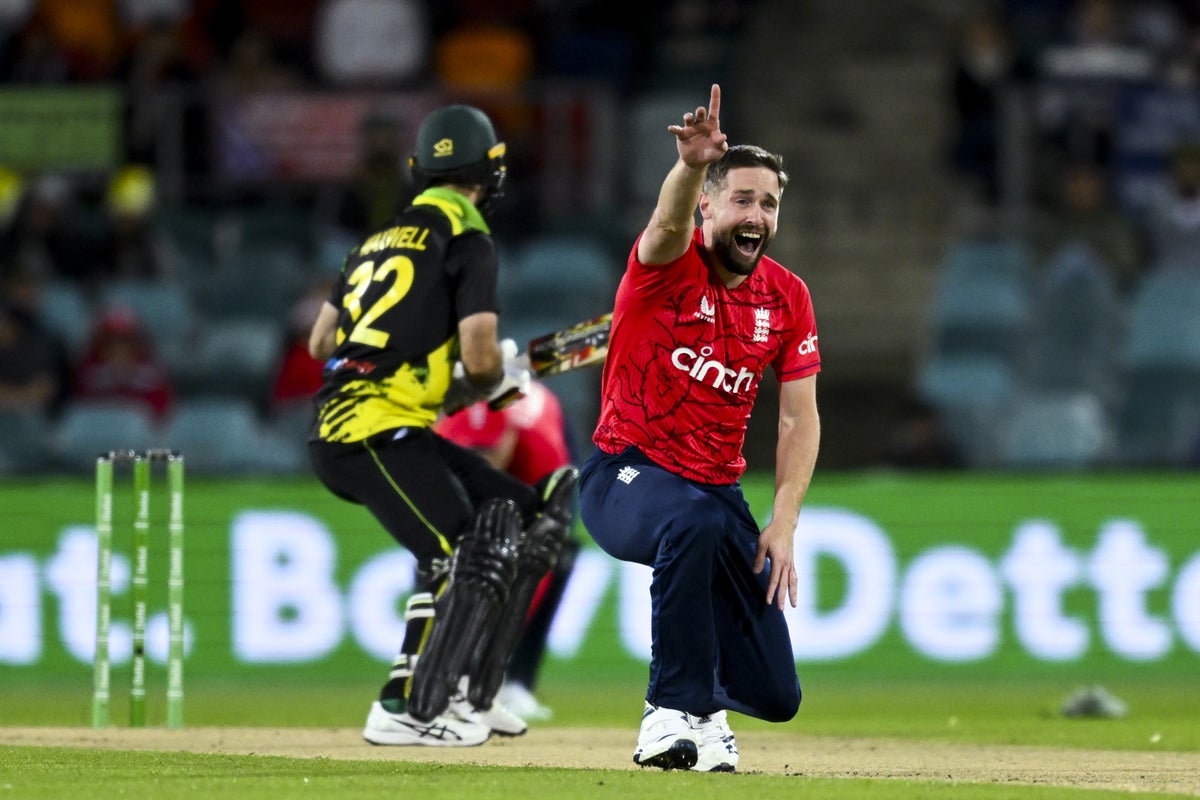 Chris Woakes has had many injuries over the past few months but is now aiming for a place in England’s squad for his opening game at the T20 World Cup next weekend.

After a busy schedule last winter, Woakes was limited to just one appearance – in Warwickshire’s second eleven – in the English summer and underwent left knee surgery at the end of July.

Woakes admitted he struggled watching England’s Test and limited-over sides from afar, but he has put in encouraging performances on his comeback, first in Pakistan and now in Australia.

While his three wickets were in vain in the third and final T20 between England and Australia after being abandoned in Canberra due to rain, Woakes, 33, is happy to be able to play again.

“When you’re over 30, you don’t want to miss cricket,” he said. “Earlier in your career you have breaks and you enjoy them a lot, while this time it felt like I missed opportunities to play for England.

“It’s been a tough six months, both physically with my knee and mentally. I watch a lot of cricket, it’s not always best for you when you’re not around the team.

“It’s just satisfying to be back in the squad and playing for England again. I just really enjoy it.”

Jos Buttler’s 65 not from 41 balls formed the backbone of England’s 112 for two on Friday night in a game reduced to 17 and then 12 overs after two downpours at the Manuka Oval.

Australia’s response got off to the worst possible start, losing Aaron Finch and Mitch Marsh off the first two balls of their Duckworth-Lewis star adjusted 130 run chase when Woakes was the focus.

Woakes snapped Glenn Maxwell in his next over to rack up T20-best numbers of three for four before the night’s third deluge proved final as Australia finished 30-three from 3.5 overs – well behind DLS, however with seven more balls still needed to be thrown to form a score.

England walked away with a confident 2-0 series win over the reigning world champions in the shortest format and will now travel to Brisbane on Monday to warm up against Pakistan at the Gabba.

They then travel to Perth for their first World Cup appearance against Afghanistan next Saturday, with Woakes hoping his new ball skills and all-around credentials will see him lose a place ahead of his rivals.

“When I’ve hit, I’ve shown what I can do, so that might be something that wins me the nod,” he said. “It’s something I always had in my locker to put down the order.

“The batting lineup is pretty fixed, I think in bowling we could go different ways. I hope I’ve done enough. (Taking three wickets on Friday night) won’t have hurt.

“I try to keep it as simple as possible. Generally in T20 if you can get an early wicket then you are on the front foot as a bowler.

“The power play can then become a nice place to bowl rather than a tricky one. Obviously, if you don’t take wickets, it can be awful.

While England appear to be meeting their strains ahead of the World Cup, Woakes insisted they must park their run of wins over Australia and focus on the challenges ahead.

“It’s always good to beat Australia,” added Woakes. “But we know we can’t believe we’re going to dominate the World Cup just because we won that series. It’s important that we reset.

“We beat Australia at the last World Cup (last year) and they won the tournament and that’s how T20 cricket can be.

“The format is tricky, you could (may) lose one but it’s going to be a tough tournament and I think that series will be in the past – you have to focus on what’s to come.”

“I want to be a hero, even though I know heroes have short lives”