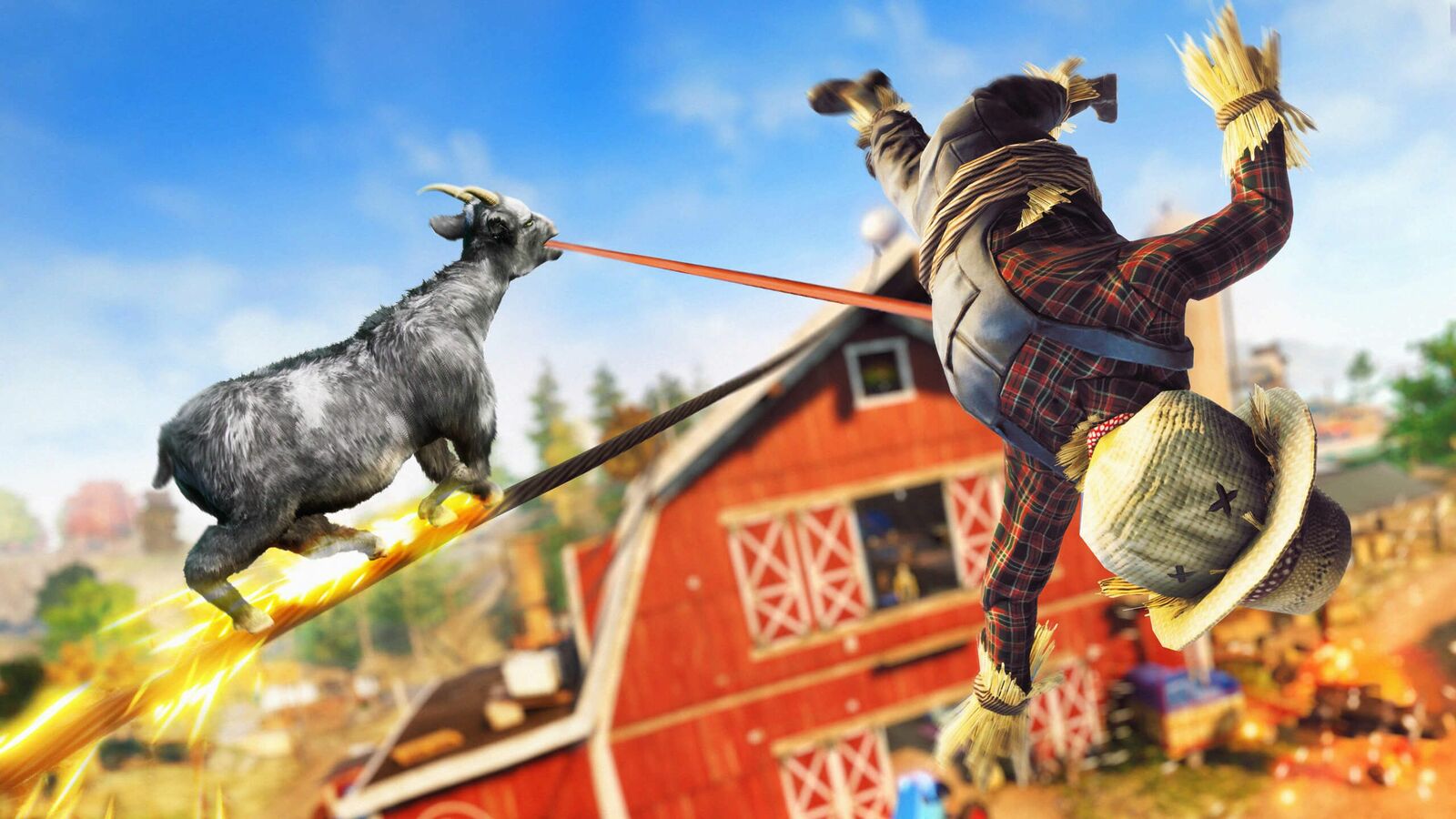 Goat Simulator 3 developer Coffee Stain North has been hit with a takedown notice by those in power at Take-Two after using recently leaked GTA 6 footage in a trailer.

The trailer in question (which I’ve seen) introduced an NPC named Shaun. It was a gameplay setup that featured Shaun being interviewed about his work on Goat Simulator 3.

Here he boasted about his impressive rag picking skills (he went to “the most prestigious rag picking school in the world,” as you can see) and reflected on how sometimes he just sits on a bench and thinks about the world in general. All in all, some pretty harmless stuff.

But the thing that’s got everyone’s attention (almost as if that’s the whole point) is the inclusion of leaked GTA 6 footage that made its way into the wild earlier this year.

Speaking about his other work, NPC Shaun said: “I have other things in the pipeline, other big game worlds. You can actually see me in some footage that leaked a few months ago.”

As he said this, the trailer switched to a shot of Shaun in an edited clip from the GTA 6 leaks.

Needless to say, Rockstar owner Take-Two wasn’t thrilled with this shot, and the trailer has now been removed from the various Goat Simulator 3 channels. In its place is the message: “This media has been disabled due to a notice from the copyright owner.”

Eurogamer has reached out to Coffee Stain for comment.

NEWS: Take-Two has issued a takedown notice against the Goat Simulator video, amid a cool marketing video showing an edited snippet of the next GTA title leaked back in September. pic.twitter.com/ZcLP0uXIwk

As for GTA 6 and this leak, the 17-year-old from Oxfordshire who is believed to be behind it appeared in court in September. The unnamed teenager was charged with two counts of computer misuse as well as two counts of breaching bail conditions.

Rockstar, meanwhile, acknowledged the leak in September and said it was “extremely disappointed” with the situation. Additionally, it was stated that the leak would not have any “long-term impact” on the game’s overall development.

My Favorite Christmas Movie: From Casablanca to Oz