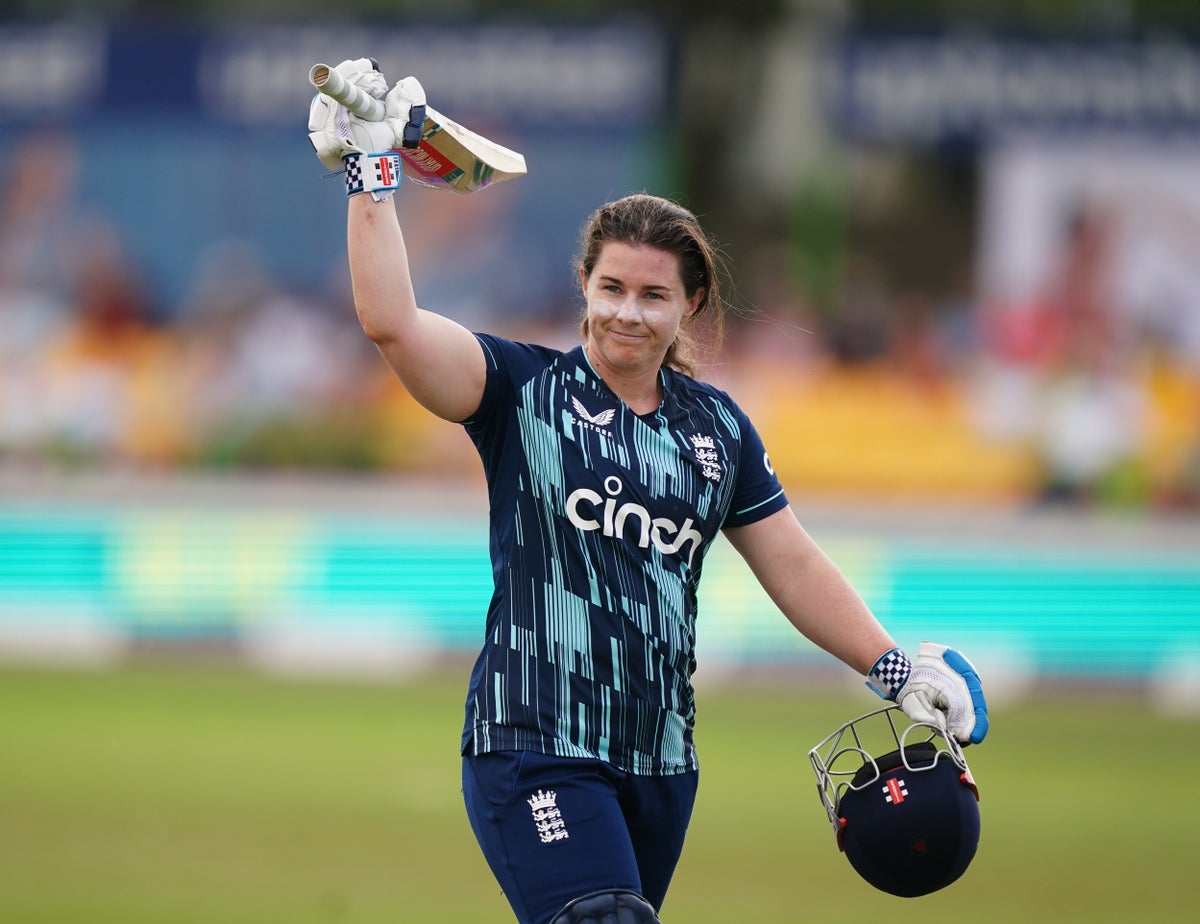 Tammy Beaumont scored an impressive century as England took a consecutive 8-2 lead with an 8-2 win over South Africa in their third one-day international in Leicester.

In the sweltering heat, England stormed to their fifth-highest one-day international total after being used to bat, and their 371 for seven proved too much for the Proteas.

England’s opening pair Emma Lamb and Beaumont pitched 149 before losing the first wicket in the 23rd over, with Kent-born batter Beaumont making 119 of 107 deliveries, her ninth ODI century.

South Africa started their chase brilliantly and once again Marizanne Kapp hit well and Chloe Tryon had the best score with 70 but the visitors only made 262.

Additional drink breaks were introduced on the hottest day of the year so far, but England thrived to take an 8-2 lead in the series with just three T20s – worth two points each – left to play before the Commonwealth games.

In the first innings, Lamb brought up her second half-century in five ODI matches to continue her impressive form since coming to the side, finishing on 65 balls from 66 balls.

Indeed, despite the intense weather, all of England’s top four made half centuries, with Sophia Dunkley impressing after being promoted to third while all-rounder Nat Sciver rested to reach 51.

Heather Knight also scored her own personal milestone with 63 points, while Danni Wyatt added an important 33 from just 14 deliveries at the end of the England innings.

In response, South Africa started their hunt in earnest, scoring 15 from the first two overs, with Laura Wolvaardt making 56 of 51 at the head of the order to give her side a solid platform.

However, the loss of wickets meant the Proteas struggled to keep up with run rate ahead of a solid partnership between Kapp and Tryon.

Kapp followed up her 73-shot in the previous game with another half-century, from 41 deliveries in a 110-run partnership that briefly threatened to propel the game into a few tight final overs.

However, Kapp was out for 62 and Tryon didn’t last too long before being caught by Charlie Dean.

The English off-spinner finished as the bowler’s pick with three for 42, including wickets from Wolvaardt and Steyn, while Lamb also finished with three wickets.

‘It means everything’: Ireland proud to advance in T20 World Cup with irritation at West Indies