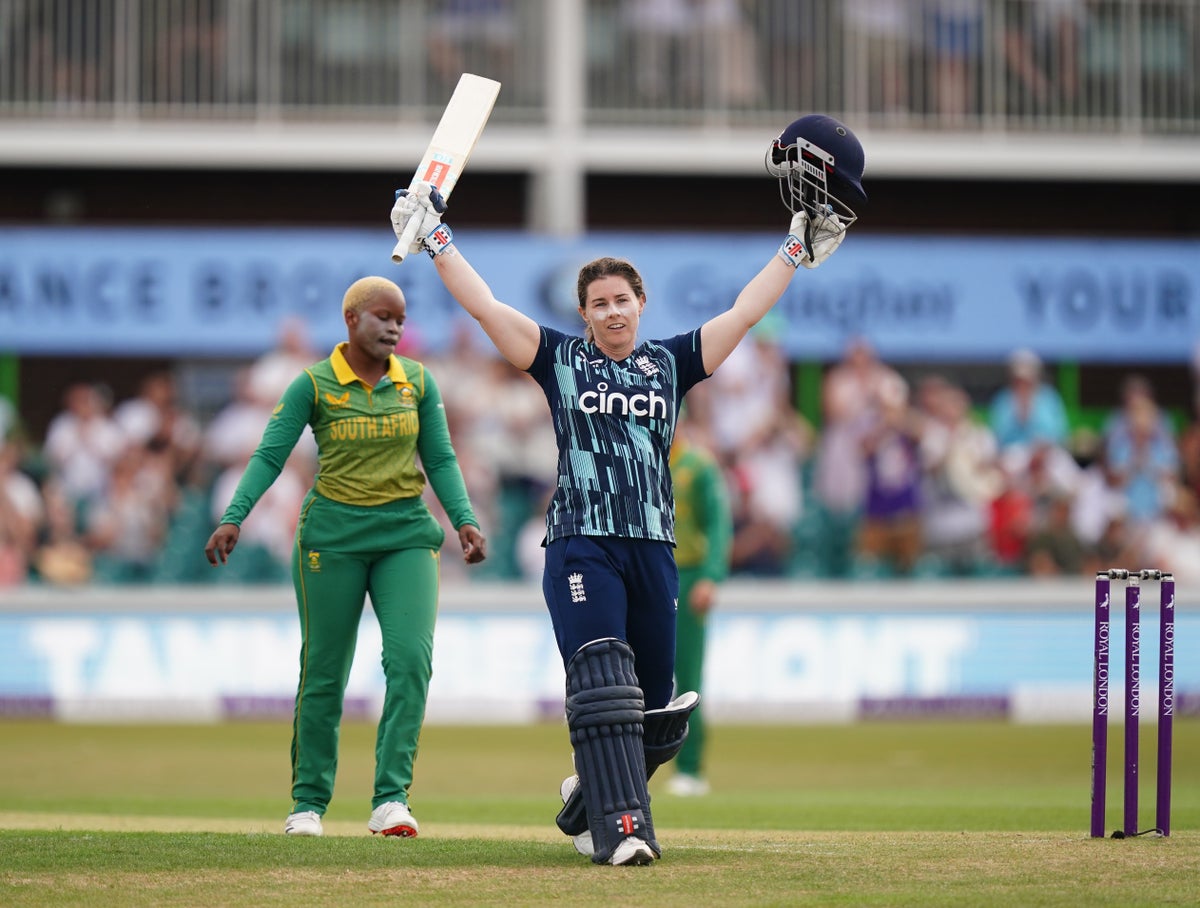 Tammy Beaumont said she felt really good in the middle as she rebounded from being left out of the Commonwealth Games squad with a stunning century as England beat South Africa by 109 runs.

On the hottest day of the year so far in Leicester, Beaumont scored 119 as England went 8-2 up in a row by winning their third one-day international.

Beaumont’s innings formed a crucial part of England’s 371 for seven – their fifth-highest international one-day total – which proved too much for the Proteas, despite a spirited 70 from Chloe Tryon.

Kent-born batter Beaumont reached her ninth ODI century after being left out of England’s squad for the upcoming Commonwealth Games.

However, Beaumont insisted that she didn’t think about the decision while she was in the middle of it.

“I was obviously quite disappointed when I found out about a week ago, but it was just a matter of finding a way to get myself in the best headspace to play the last few games,” she said.

“I think it was probably quite in the back of your mind, but you don’t score runs and think about anything other than the ball or one ball at a time, as one of my trusted friends told me a few days ago.

“You have to play one ball at a time if you want to achieve something, so it wasn’t really front and center.”

Despite the heat, Beaumont formed a crucial part of a 149-run opening stand alongside Emma Lamb and enjoyed her innings.

“It felt really good. I always enjoy coming to Leicester, I felt it was a good batting wicket so it was just a case of – although it was really hot and not fun running a lot of twos – just keep going and focus so far as possible,” she said.

“It was good to get out of there.”

Beaumont added: “I think we obviously wanted to bat first and try to get the opponent out in the heat but I think it actually did a little bit more in the first innings – for the first 10 or 15 overs.

“I think if they’d gotten us down a couple of wickets that would have been a good shout but I was happy to bat first.”

On this day in 2009: Andrew Flintoff refers to the Test career