Remote Life launched on PC in 2019 and received a “Very Positive” rating on Steam. Remote Life was developed by a person who was inspired to create a shmup with a few twists of their own. As a pilot, John Leone, you must prevent an alien hive from invading our planet.

The game advertises itself as “…a modern approach to playing a 2D game in space”, and given the grotesque bosses and structures, we think we agree! 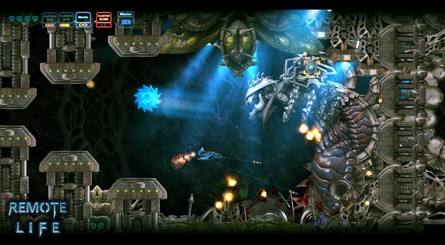 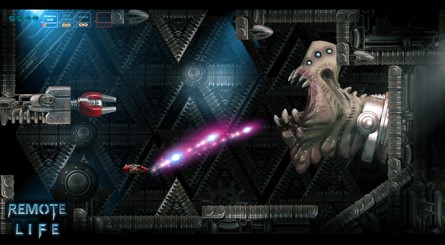 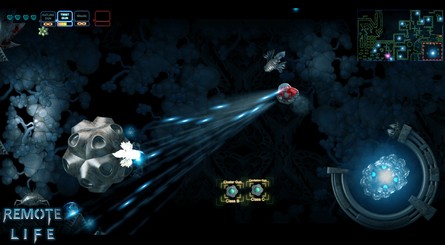 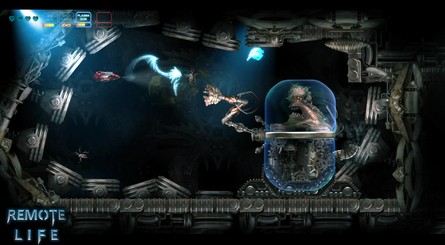 There’s an endless list of features supporting this upcoming Shmup port as well, including one of the coolest unlockable features we’ve ever seen – models you can 3D print! Although we expect this and the t-shirt print is Just for the Steam release.

Having said that, we grabbed this list from Steam and still want to share it with you as it also details a wealth of other things Remote Life brings to the genre:

FEATURES
– Fantastic visual effects.
– 16 amazing missions, all different from each other, which guarantees a wide variety of gameplay. Each level is a whole new experience.
– Level progress is saved automatically.
– Great atmosphere and a mysterious story.
– Over 18 weapons.
– A training/tutorial phase that allows you to master the game mechanics before going through the real missions.
– 3 levels of difficulty to choose according to your skills and experience.
– In addition, an IA system analyzes your abilities and helps you with extra lives if necessary.
– 3 graphics modes: Choose between modern HD graphics, 8-bit and a 16-bit graphics mode to get the feeling of an old home computer or an arcade booth.
– 3 spaceships (and four colors to choose from) + special vehicles.
– A huge number of enemies and no repetitive boring enemy patterns, but enemies with an aggressive IA
– Special companion missions. They require great concentration and skill.
– Open world exploration missions in huge spaces.
– IN-GAME Bonus: Unlock an art gallery, video gallery, 3D printable models, cool wallpapers and ready-to-print t-shirt art.
– Special Bonus: Play as an opponent in a cool level and customize your own monster
– One thing is for sure: it won’t be boring!
– No microtransactions, just traditional IN-GAME unlockable bonuses! No AAA corporate policies rendering the game unplayable. That’s the way it has to be! Clear, transparent and fair!

There’s a lot of shmups on the Switch these days, but the positive reception following its release on Steam a few years ago means Remote Life has our attention. The game launches on May 27 on the Switch eShop and will cost $18.99 / €17.99 / £14.99.

Hop in the comments and let us know if you’re a Shmup fan and thinking of buying this one!