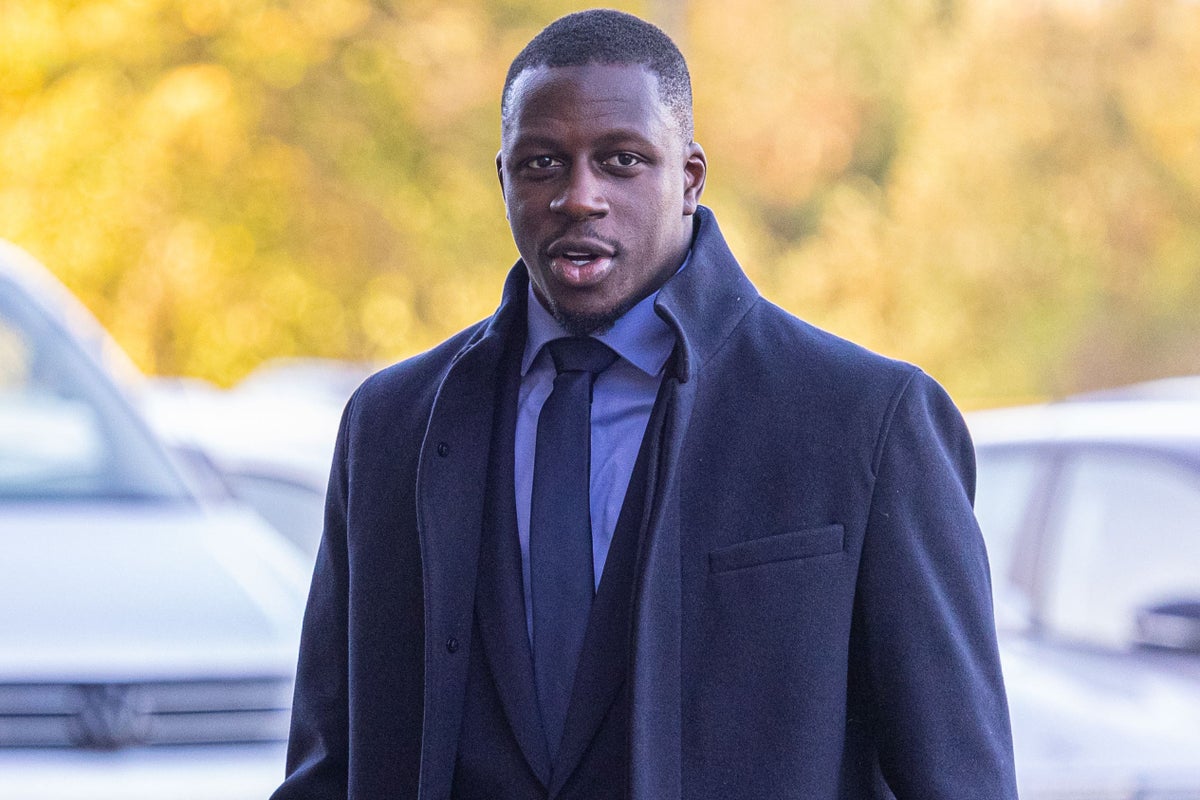 A woman has told of the “strange atmosphere” at a party at Manchester City footballer Benjamin Mendy’s home where two young women were allegedly raped.

The woman and a friend were clubbing at Chinawhite in Manchester when they struck up a conversation in the toilets with another woman who had been in the VIP lounge.

They were then invited to an “after-party” at Mendy’s home in Mottram St Andrew, Cheshire, which was attended by Mendy’s Manchester City team-mate Jack Grealish.

The woman and her friend joined the party on August 23 last year, boarding a cab with three other women and two men outside the club before arriving at a “massive house” that was “deep in Cheshire,” she said to police in a statement read to the jury.

Upon arrival, she said, a man took their phones and put them in a box along with numerous other phones.

She said: “The house was very busy and like a construction site.

“It was like a party happened and we were late.”

There was a group of people – men and women – in the lounge area and one man was playing ‘crap’ music on his phone – and she told him.

Her friend then whispered that the “DJ” was actually 27-year-old English star Grealish.

She said Grealish called her to choose a song.

She said: “He was really flirtatious and kept commenting on how nice I looked.”

She and her friend went downstairs to the pool area, where she said there were “a lot of random people” and one girl who was only wearing her underwear.

“It was a really weird atmosphere,” she said in her statement.

She added: “I was starting to panic a little bit. I didn’t know where I was and I didn’t have a phone.”

The friends reclaimed their phones but were ordered not to tell anyone where they had been – with the mention of “confidentiality”.

After catching an Uber around 5:30 a.m., the two young women discussed “how weird it was,” how “the atmosphere sucked,” and how their phones were “snatched from their hands” when they arrived.

Previously, the 23-year-old woman told the court she had sex with two men, including Grealish, and “sexual activity” with Mendy, all consensual, after she was allegedly raped by Matturie.

The 17-year-old claims she was raped twice by Mendy at the party, in his office and trophy room, and then twice more by Matturie, once in a cinema room and later in a flat in Manchester.

Prosecutors say Mendy was a “predator” who “turned the pursuit of women for sex into a game,” while Matturie, his “fixer,” was allegedly tasked with finding young women for sex.

Mendy denies seven counts of rape, one count of attempted rape and one count of sexual assault against six young women.

Both men say that when sex was with women or girls, it was consensual.

None of the women involved can be legally identified.

https://www.independent.co.uk/sport/football/benjamin-mendy-jack-grealish-cheshire-chester-crown-court-manchester-b2206117.html The atmosphere at Man City player Benjamin Mendy’s party was “strange”, the court is told

How big is Nickmercs? | The Irish Sun