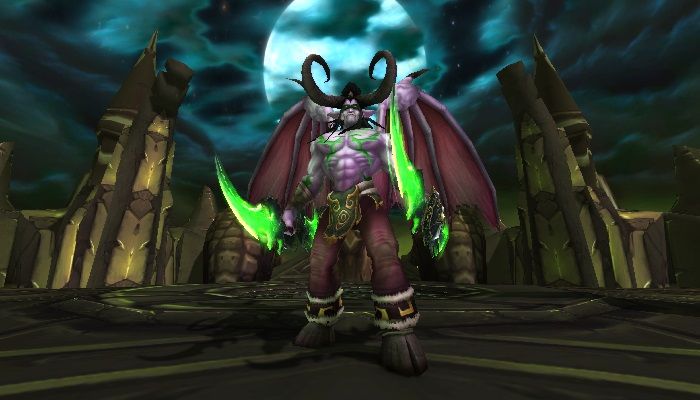 It’s finally time World of Warcraft Burning Crusade Classic now then stage three is direct, and The Black Temple and The Battle For Mount Hyjal are open to the raid.

Although the content has been published recently, and the first part of the update has been released, starting the third season of the PVP arena, the two raids at the heart of the update are now available to all participants. Snow storm released a launch trailer for The Black Temple to put everyone in a big nostalgic mood. Or maybe those who could refer someone to the raid for the first time in Classicto understand what this means.

If you’re ready, level 70+ and in tune properly, you can begin your quest to defeat the nine raid bosses of The Black Temple and win. Of course, if you can get through the previous eight in your way, Illidan Stormrage will be waiting for you, as the trailer certainly makes clear (if nostalgia isn’t strong enough yet). As for the Battle of Mount Hyjal, it was only five bosses. You’ll still have to get along and level 70+ to take on the challenge though.

Both are available now, and Blizzard has released some patch notes, along with some fixes. Level 4 and 5 tokens can be redeemed for season one and season two gear at current tier providers while season three is on. PvP faction items now require Honored Fame, changed from Fame. The Call to Arms daily quest will now give you three battlefield markers and an increased honor bonus.

You can read the full details of the raids by visiting center for World of Warcraft: Burning Crusade Classic For more information on patches and changes, see full list.

https://www.mmorpg.com/news/the-black-temple-gets-a-trailer-and-opens-along-with-mount-hyjal-in-burning-crusade-classic-2000124215 The Black Temple has a trailer and opens with Mount Hyjal in Burning Crusade Classic

The Fuels of Rapid Inflation Debate over what's to blame: Pandemic or policy

As Breyer ponders retirement, Biden bets on a no-go strategy

Microsoft will accept an agreement should Activision Blizzard recognize a union