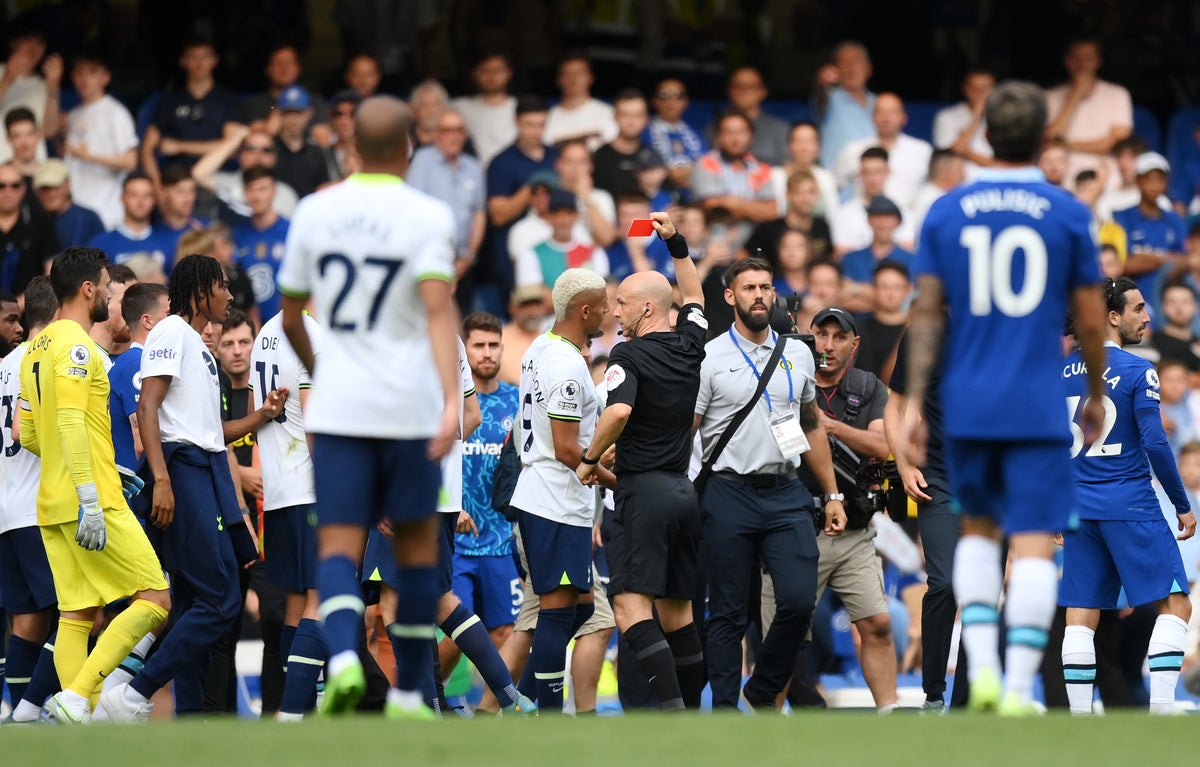 It was almost the perfect game to celebrate the Premier League’s 30th anniversary. Nearly.

There was so much in it that makes the competition great, right down to the final seconds. Both Chelsea and Tottenham Hotspur offered vibrant performances in an open game where many of their stars delivered great performances or brilliant moments.

Kalidou Koulibaly scored a sensational goal. N’Golo Kante was back at his best. Harry Kane brought the game to a climax as of course it had late drama. There was quality. There was character.

In this respect, both clubs could actually gain something positive from the game. Chelsea should have won – and probably won well – and put in an excellent performance that showed they shouldn’t have been dismissed from the top-four discussion. You remain the actual business. Spurs, meanwhile, should have lost. They were second best for large parts of the game. And yet they still displayed a character that was superior to them in the past, especially against this opposition, to show that they really have renewed courage. It was different.

There was a contender’s competitiveness that reflects the immense impact of Antonio Conte. That competitiveness so clearly became the tournament’s coup de grace: pantomime, which developed as the game progressed and culminated in the hilarious duel between the Italian and Thomas Tuchel.

It was pure theater to be enjoyed. Nobody was injured. It was all part of the show. It quickly became apparent that both managers had enjoyed themselves. The two admitted that. It even seems clear that they actually like each other and enjoy the competition. That’s what it should be about.

However, it quickly evolved into something the game wasn’t supposed to be about. That was Tuchel criticizing referee Anthony Taylor so uniquely and comprehensively as to strategically dictate the post-game discussion. And back, away from the fun, into the utterly somber fixation on lines, stills, and slow motion.

It should be immediately recognized here that there is considerable irony in complaining about the umpires’ discussion when you are about to contribute to that discussion, but the point is broader.

It’s certainly not about complaining about refereeing decisions. It should also be recognized that officials were wrong. Cristian Romero should have been penalized – maybe even sent off – for pulling Marc Cucurella’s hair. Kane’s dramatic equalizer should never have happened. It should have been a free kick. At least VAR should have recognized it. It was remarkable that this was not the case. Taylor should have called.

But that’s how the game is. Despite all the criticism, VAR has actually improved the sport. It has resulted in more decisions being made correctly. It is less left to blind luck whether someone sees something. But it’s not perfect, especially since it’s still subject to subjective interpretations, mostly in the heat of the moment. This means that errors remain.

It’s unfortunate, but also kind of inevitable. The rational answer, no matter how annoying, would be to just accept that sometimes they are with you and sometimes against you. It’s just that most people tend to fixate on those who went against them and immediately forget those who went for them.

That means endless, tiring arguments about refereeing at the expense of everything else. It has become like Spain two decades ago, where the front pages of sports newspapers were dominated by refereeing decisions. We see the same thing now. How many times has there been a brilliant match full of incidents, only to see afterwards the coverage descend where there was a line?

Manager criticism of referees has been the order of the day for some time. Premier League great Sir Alex Ferguson took it further and to more extremes than anyone. Tuchel only follows a long line.

And that’s not to say his fundamental complaint is unfounded. But should we really pay that much attention to it? Why was his anger directed so solely at the officials and not at Romero?

Is that because the unspoken is an understanding that footballers try to fool referees all the time, so are part of the problem? That it’s “part of the game”?

And referees have a problem. It’s approaching crisis – but not because of performance. That’s because very few really want to be referees. And why should they? The lower levels they have to train at show worse abuse and even violence, with the culture no doubt influenced by discussions at the top. That’s why all of this is so unhelpful and so detrimental to the game. This, to counter a common argument, is not the way to get referees to improve.

It also contributes to a culture where a growing minority of fans have become so used to the echo chambers of social media that they can no longer accept criticism from the media. There is now a widespread expectation that all coverage should be positive.

You could jump into a larger sociological commentary here on how all of this reflects deeper issues in society, not least the polarization of politics and the “post-fact” era. It can’t just be incompetence or even a fundamental error. It must be some kind of conspiracy.

That’s for another day though. At the moment, the atmosphere surrounding the Premier League is poisoned by an inherently tedious level of discussion.

https://www.independent.co.uk/sport/football/chelsea-tottenham-anthony-taylor-referee-b2145107.html The classic between Chelsea and Spurs is overshadowed by lengthy discussions about refereeing decisions