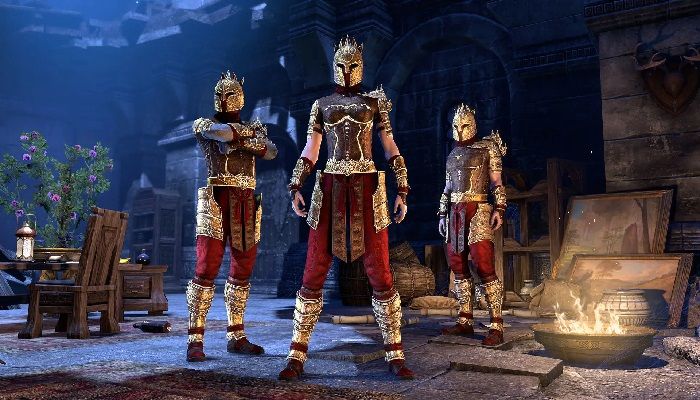 Scrolls online update 33, is set to release on March 14 on PC and for PlayStation and Xbox on March 29. The team has revealed an expanded preview of what we can expect for the upcoming releases. New addition to the game in this patch.

The update will also introduce new PVP Rewards. Worthy Coffers will have a chance to include items from these armor sets: Rallying Cry (Light), Hew and Sunder (Medium and Enervating Aura (Heavy). These sets make different types of PVP action a breeze. One example given is Rallying Cry which can power up your allies’ weapons and magic damage and crit resistance after you severely heal yourself or an ally. also introduces a new set: Dragonguard Berserker Armor, which you will only be able to earn through battle and trade Tel var sStones to style pages.

Another piece of the update that you can purchase for your convenience is the Giladil the Ragpicker Deconstruction Assistant. She’ll break down any item you need no matter where you are. This will be the next helper in the Crown Store when the patch drops.

The final release is tied to the upcoming one Rising tide DLC. However, the changes will apply to the base game for everyone. For more details and a full preview of the base game additions coming in update 33, visit Scrolls online.