HUGE crowds turned out to see four days of dazzling flight displays at the first Airbourne in three years.

Vintage planes and aerial acrobats took to the skies over Eastbourne for the triumphant post-Covid return of the airshow.

The festival celebrated its 28th anniversary.

Families and airplane fanatics packed the city for the festival, which was blessed with gloriously sunny weather.

Visitors browsed the many stalls and enjoyed the rides and flight simulators – but most had their eyes on the sky.

Since Thursday, the Tigers’ parachute team has descended at a breathtaking pace, landing gracefully on the beach to applauding crowds. 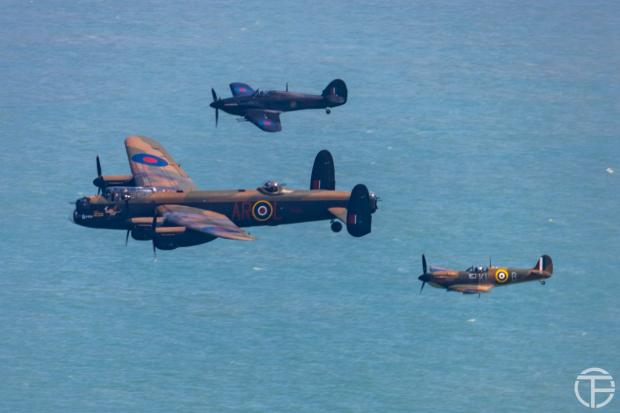 History buffs have delighted in the Battle of Britain commemorative flights each day as a Lancaster bomber flanked by a Hurricane and a Spitfire flew overhead.

There were also incredible shows from the RAF Red Arrows, RAF Typhoon and Aerosuperbatics Wingwalkers.

The crowd were also fortunate enough to see displays of favorites such as the 1954 Strikemaster, Chinook HC6A, Rolls-Royce Spitfire and Roll-Royce Mustang.

New for 2022 was the Firefly, which flew all four days and the Rich Goodwin Jet Pitts flew on Saturday and Sunday.

Councilor Margaret Bannister, Senior Member for Tourism and Culture, told The Argus: “We’ve had an incredible four days here in Eastbourne with sunshine, crowds and some great flying displays – we’re delighted to have so many visitors returning after a two-year absence to to support the show.

“Saturday was probably one of our busiest days here in Eastbourne as our robust overflow parking plans quickly went into effect to accommodate the extra visitors unable to travel by train.

“Work is now beginning to collect and count program sale and donation boxes from all outlets and retail partners across the city before we can make decisions about the future of the show.

“Thank you to all of our sponsors, emergency services and volunteers who so generously donated their time and resources to support the event.

“We also thank the Airbourne fans who kindly donated to keep the show going.

“If you haven’t had the opportunity to donate yet, you can still do so at SaveAirbourne.com, with 30 percent of proceeds also supporting local charities.”

https://www.theargus.co.uk/news/20680484.first-airbourne-three-years-comes-end-eastbourne/?ref=rss The first Airbourne in three years comes to an end in Eastbourne

The lack of student housing is leading to a "college disaster," the student union says as it embarks on a "dig."

Heatwave warning as drivers face a £5,000 fine for wearing the wrong shoes behind the wheel

Sussex welcomes winery and brewery bus service for the summer