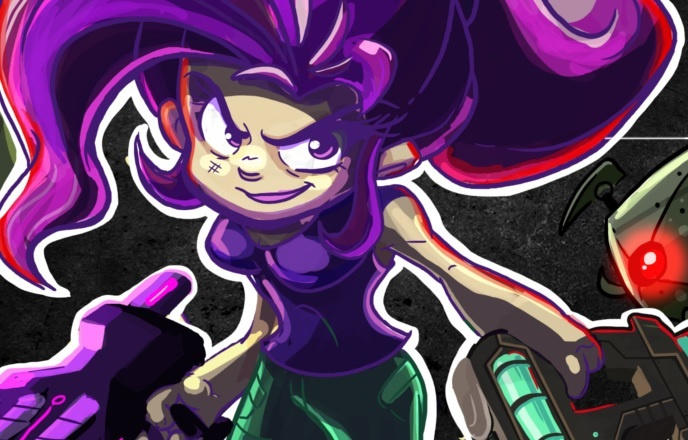 The action-packed, roguelike-inspired shooter Groundskeeper2 has blasted its way onto Switch. And what’s even better, it doesn’t even cost you a £5 note!

This frantic survival game drops you in the middle of a war between robots. Each level is randomized, so you’ll experience something different every time you return to the game. On a note, this is something you could easily spend hours and hours on, and the retro-style pixel visuals are pretty cute to boot!

Groundskeeper2 was originally a game jam game and you can already download the game on iOS, Android and itch.io. But this full Switch release is a nice little surprise and a real success story.

Here are some details about the game from the game’s eShop and Google Play page:

Shoot aliens that come from both sides of the screen, grab the little things they drop and use them to activate the portal to teleport to the next area (putting your energy restored!)

Survive the invasion of the supernatural, the robots, the monsters… the world needs you! Groundskeeper2 throws you into the middle of a war, the war with supernatural robots from outer space..yes..we were there!

Every time you play this game you will advance further and have a better chance of surviving. You’ll unlock new weapons like the machine gun, laser gun, rocket launcher, and tools like destructive light beams, shields, time slowdowns, and more!

Groundskeeper2 is available on the eShop and will only cost you £4.49 or $4.99 so what are you waiting for! Let us know if you’ve tried the game before or if you’re going to pick it up on Switch.

Free game updates are awesome for everyone except new players

Fortnite Adds Songs From Harry Styles, Billie Eilish And Others In Collaboration With Coachella