It’s the end of May and I’m watching the credits roll in Elden Ring. After wandering the Lands Between for more than 150 hours, I feel the familiar bittersweetness that comes every time I finish a game I love. I had overcome unimaginable horrors and became Elden Lord in my own personalized adventure while cruising on a cool double-jumping steed; what now? Recovering from that high would be a personal struggle for the remainder of the year.

Elden Ring has dominated my life. When I wasn’t playing it, it was the only thing I wanted to do. When I was tinkering with other games, professionally or personally, I had tasks like accessing Raya Lucaria Academy or conquering Malenia in mind. I stopped eating red lobster because I had horrific flashbacks of being relentlessly spat on by the giant crustaceans in Liurnia of the Lakes. Elden Ring joins the ranks of Grand Theft Auto III, Skyrim, and Breath of the Wild as games that became borderline obsessions for me, and the hiatus that followed was tough. 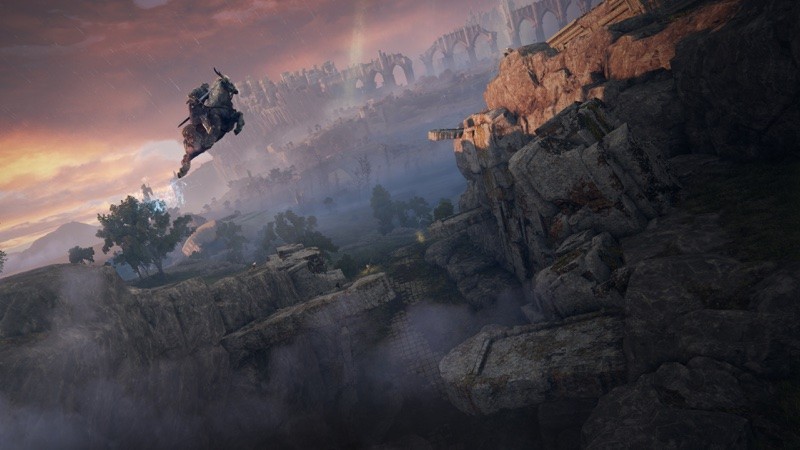 I played games out of a sense of duty to my job, but nothing held my attention. That’s no small thing about the games themselves, but they had one heck of a good deed to follow. I wasn’t sure what kind of experience I wanted either, since Elden Ring had so many boxes ticked. Should I keep hacking away at another massive title like Dying Light 2, or enjoy something much smaller and more experimental? Worst of all, the answer couldn’t be, “Just keep playing Elden Ring.” As much as I loved it, I didn’t want it to be an anchor preventing me from enjoying everything else the year had to offer. I had to keep going.

Thankfully, Teenage Mutant Ninja Turtles: Shredder’s Revenge was the first game that got me back on track. As an old-school TMNT fan, I had long looked forward to Tribute Games’ arcade throwback, and it successfully delivered what I wanted by providing a lovingly modern take on a beloved formula. The mindless but satisfying beat ’em up action was a refreshing break from Elden Ring’s more calculated, stressful combat. Then put on a killer retro soundtrack and heaps of nostalgia. It might not have offered much in comparison, but that reassuring familiarity told me that playing Elden Ring had left me too mentally exhausted to tackle a more mechanically dense title. When I hit Shredder on the curb, I was hungry for something bigger, way bolder, and way harder.

Enter neon white. While Shredder’s Revenge gave me something familiar, Neon White won me over with something refreshingly original. I adore platformers, and the ingenious implementation of card-based gunplay and the game’s emphasis on speedrunning has given me something new to obsess over: leaderboards. How many more seconds can I save on a platinum run? Can I still claim my leaderboard dominance against my friends list? My competition site found a new challenge to grapple with. Like Elden Ring, Neon White offered a rewarding sense of me versus the game, a challenge that forced me to hone my skill and timing to overcome the obstacles. Or, to put it in jerky layman’s terms, I had to “inject well” again.

After leaving my mark on Heaven, I had just found my groove again and felt ready to tackle something a little more outlandish. Seemingly out of nowhere, a small indie game called The Looker had made a positive splash on the internet as an entertaining parody of Jonathan Blow’s enigmatic puzzle game The Witness. I liked The Witness enough to give The Looker a shot. I’m glad I did because within minutes it won me over as the best comedic title I’ve played in a while. The game is a humorous deconstruction of Blow’s 2016 mystery that sharply attacks its pretentiousness and the confusing nature of puzzle games as a whole. Not only are the gags funny, but The Looker’s puzzles, which are taunts from The Witness, are really clever in their own right. As a totally free game, I would highly recommend anyone who has played The Witness enough to give The Looker a try. His playful ingenuity filled my excitement to see what other weird experiences were out there, and Elden Ring’s Fog Gate that was impeding my enthusiasm for other games completely dissipated.

Elden Ring treated me so well that I convinced myself I wouldn’t find a game that did the same. I suppose that’s still true to a certain extent; It’s my game of the year with one ball. Sometimes a game is so extraordinary that you forget about everything else or are unwilling to look for it. In retrospect, I was also afraid to enjoy anything less simply because it wasn’t Elden Ring. To that end, it’s beneficial to walk away and not try to immediately fill that void with something else, which I probably should have done first. There’s probably some separation advice here somewhere, and I’m grateful to have found out that there are actually many other fish in the sea.

https://www.gameinformer.com/2022/12/28/the-games-that-rescued-me-from-my-post-elden-ring-slump The games that saved me from my post-Elden Ring slump

Is there an MMO playstyle that you’ve struggled with but really wanted to play?

“Are we breaking Halo?” How 343 Industries found Infinite’s balance between old, new, order, and chaos