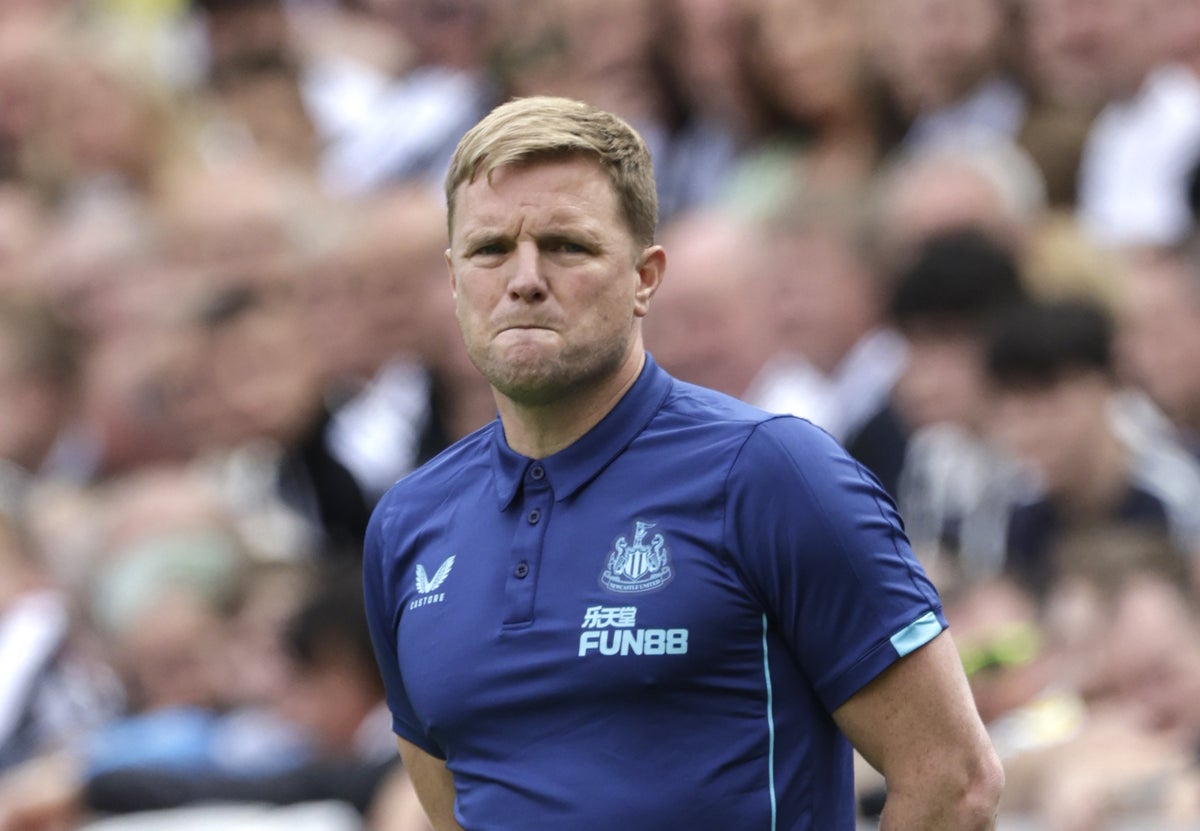 Newcastle boss Eddie Howe has insisted the process of signing players is the same whether shopping in the bargain basement or top-tier stores.

The Magpies broke their record transfer fee on Friday when they struck a £58m deal for Real Sociedad’s Sweden international forward Alexander Isak, 22, and in the process cashed their expenses since the club’s new owners took the reins at around 210 million pounds.

It’s all a far cry from Howe’s early days at Bournemouth when he was operating on a tight budget and needing to develop the players he already had, but he’s adamant he’s still recruiting in the same way.

Asked about the contrast, the 44-year-old said: “To be honest, I feel the same way.

“In my early days we looked at free transfer players and players without a contract, but you are still trying to find the right player for your team. You try to find the right characters that will benefit the group. Then you have to mold these players as a team.

“You still have to find the right player and envision that player on your team, performing well and what he will bring.

“So the money is really irrelevant. It’s the media spotlight that makes all the difference.”

Isak, the club’s fourth summer acquisition after Matt Targett, Nick Pope and Sven Botman, could get his first chance to impress at Wolves again on Sunday with Callum Wilson in the treatment room.

His fee dwarfs the £40m Newcastle Hoffenheim paid for Joelinton in the summer of 2019 and while Howe admits some unease in the ever-escalating transfer market, he won’t be spending for the sake of it.

When asked if Isak’s price tag represents value for money, he said: “I’m definitely committed to the price, it certainly wouldn’t be about signing a player at any cost. I don’t think that’s the right way to do it.

“It’s an incredible market and I could never sit and say I think it’s worth the money just for the price. But if you look at the market I think it’s a good deal for us otherwise I wouldn’t have bothered trying very hard.

https://www.independent.co.uk/sport/football/eddie-howe-alexander-isak-newcastle-sweden-bournemouth-b2154270.html The money isn’t an issue – Eddie Howe on the process of signing Newcastle

The Ocean of History: Two Centuries of the Irish Immigrant Experience

Cowboy country: Garth Brooks has Irish fans lining up a shot of southern comfort as the King of Country hits town

Lar Corbett: Both Tipp and Clare need to win today – and I think it’s going to be a draw