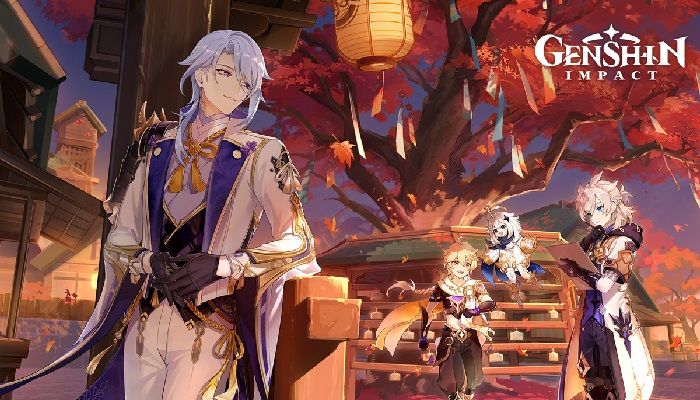 The next big update too genshin Impact, Zephyr of the Violet Garden will be released on March 30th and will bring with it a whole new area, the Abyss, a new story, Kamisato Ayato, the newest 5-star character, and the Irodori Festival.

The Abyss is a mysterious area and the main source of ore for Liyue. The ominous purple-red area leads to a deep underground room. Of course, given that the area is brand new, there is still more to discover, learn and do. You will find that the area was closed for a long time after a series of mysterious accidents and monsters that are now overrunning the place. There are also treasure hoarders and the Fatui nearby, along with mysterious unknown dangers to confront. Light your way with the new Lumenstone adjuvant and explore.

There’s also a brand new boss, Ruin Serpent, and of course the abyss itself at the end of the abyss. This continues the main story with a brand new Archon quest, “Requiem of the Echoing Depths”. You can also unlock a 4-star weapon and a brand new name card.

The Abyss Adventure is part of the update, but you will be able to find Kamisato Ayato, the leader of the Yashiro Commission’s Kamisato clan. Wielding a sword, he can be yours as the newest five-star character. In his story quest, you will learn more about him and how he handles difficulties he encounters. In Character Event Wishes you can recruit him and later also get a new five-star sword and another chance at Kamisato Ayaka.

This year’s Irodori Festival event will also arrive with many returning characters and of course rewards. There will be activities like themed photography or sword fighting duels or even something like flower arranging challenges. You can unlock chances to unlock a new 4-star character and more.

More on that below Genshin Impact.

https://www.mmorpg.com/news/genshin-impacts-next-update-adds-the-chasm-and-sends-you-deep-into-the-abyss-2000124589 The next Genshin Impact update will add the abyss and send you deep into the abyss