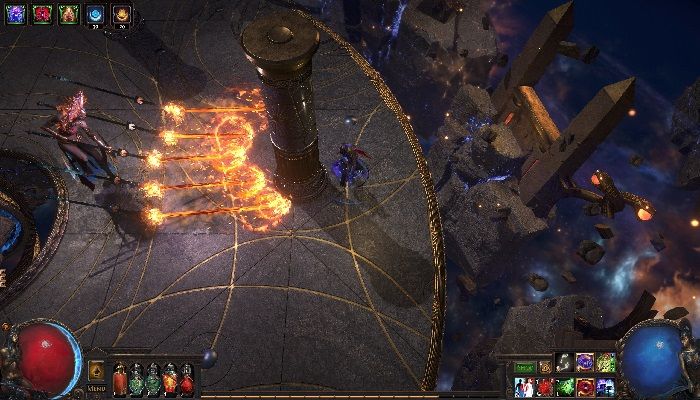 way of exile may be deep in the Archnemesis League, but the team at Grinding Gear Games has announced the date for the next expansion, 3.18, coming May 13th.

The Archnemesis League on PC ends approximately five days early and the new content will follow. While there will be a scheduled live stream about a week before the launch of new content 3.18, there’s a little more information with today’s announcement:

“The scope of the expansion is slightly smaller than Siege of the Atlas, but you should expect a new Challenge League, more endgame improvements, and other content to be revealed during the livestream. We want to announce the live stream dates and the end of Archnemesis as soon as possible.”

Siege of the Atlas was a major update with several additions and a massive revamped skill tree system. When 3.17 was launched it brought it too way of exile Highest concurrent player count on Steam yet at over 270,000, so even calling it a little smaller should still be enough to keep you busy when it’s out.

The team also made sure to include some details on another patch expected before the Archnemesis League ends. This update will include engine improvements, additional fixes for the ongoing beta version of controller support, and some other bug fixes. There is no firm date for this update yet, but it should be relatively soon as the current league is only a few weeks away.

For more information about the update, see the announcement at way of exile.

https://www.mmorpg.com/news/path-of-exiles-next-update-is-coming-may-13th-2000124787 The next update of Path of Exile will be released on May 13th

Elden Ring turned me into a Souls Lore Goblin