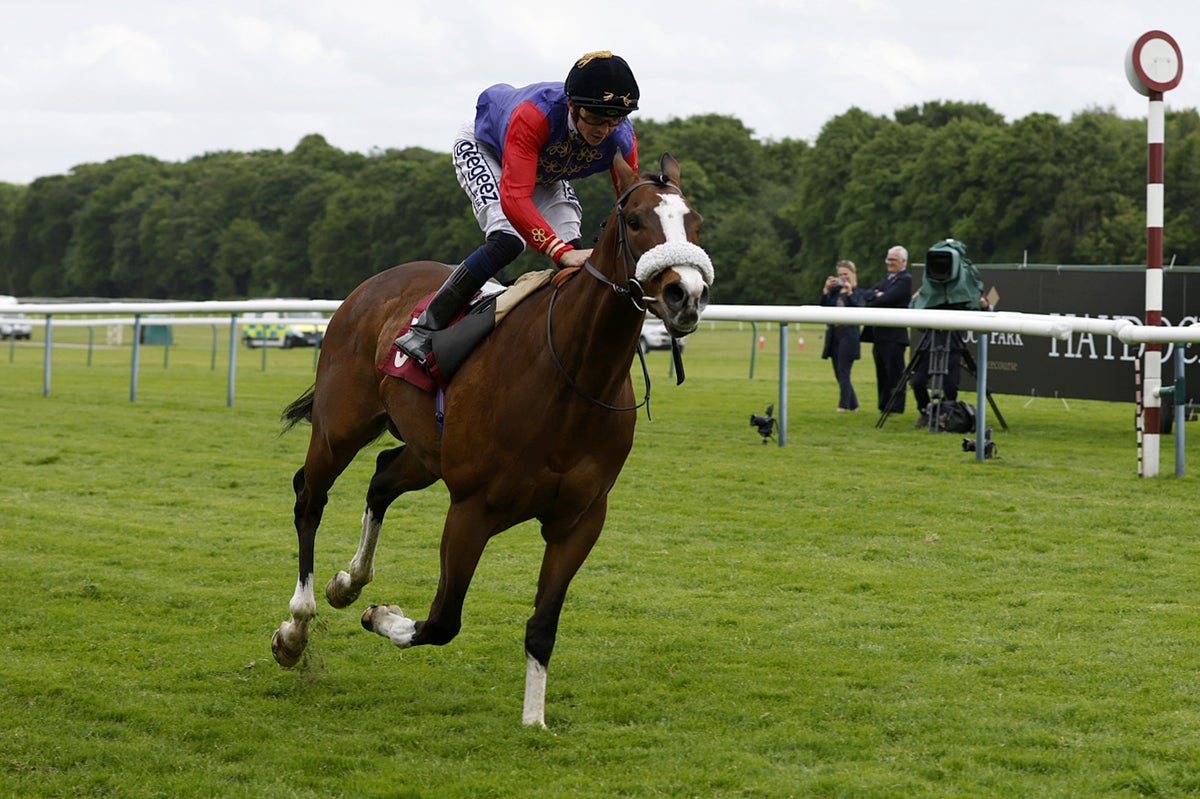 King’s Lynn, the only Queen-owned horse to compete this weekend, was not entered for Sunday’s Al Basti Equiworld, Dubai Flying Five Stakes at the Curragh.

Winner of the Group Two Temple Stakes at Haydock earlier in the season, the Andrew Balding-trained five-year-old has since finished the field in both the King’s Stand and the Platinum Jubilee Stakes at Royal Ascot in June.

He had an opportunity to challenge for Group 1 glory again on day two of Irish Champions Weekend but will not make the journey across the Irish Sea.

On Thursday, Improvise almost carried the Queen’s colors to victory in the final race at Epsom when Michael Bell’s filly by Mount Kosciuszko hit a short head.

The Queen’s most recent winner was Love Affairs, who impressed for trainer Clive Cox at Goodwood on Tuesday.

https://www.independent.co.uk/sport/irish-haydock-royal-ascot-epsom-b2163610.html The Queen’s horse, King’s Lynn, will not run at the Curragh