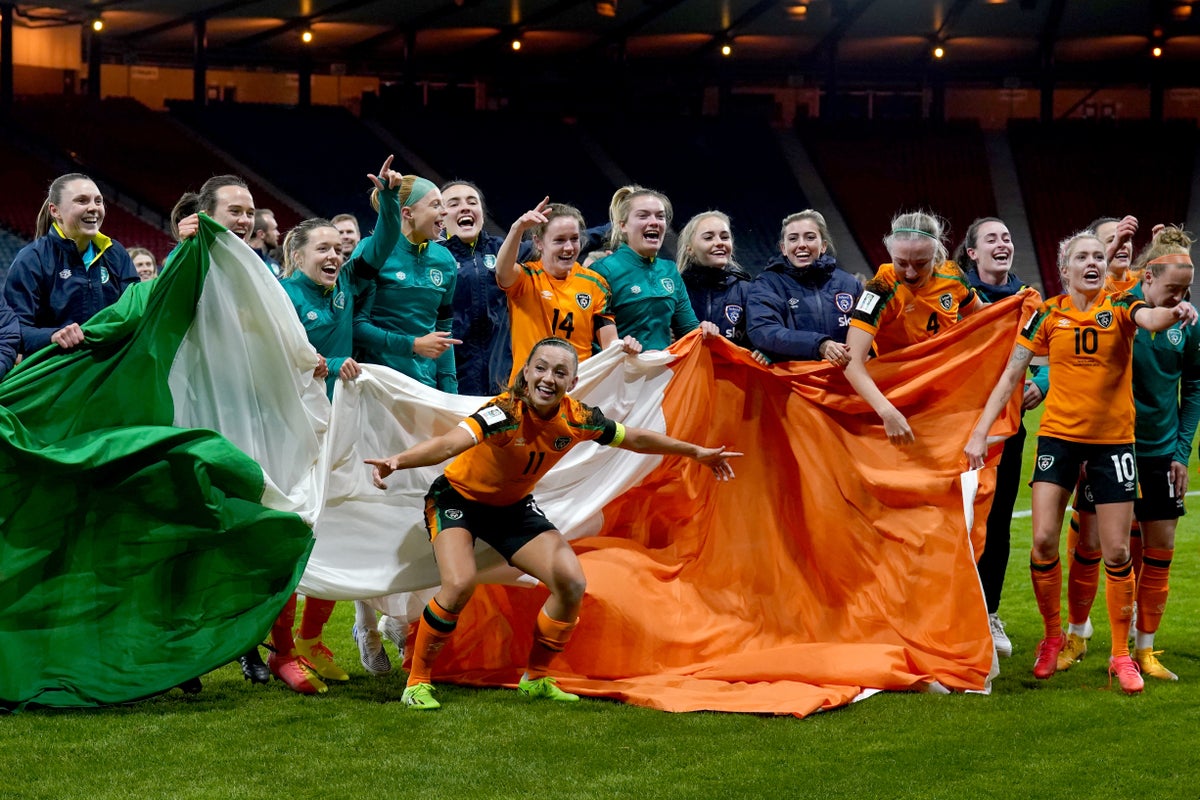 Amber Barrett came on as a substitute and sent the Republic of Ireland to their first-ever Women’s World Cup finals with a 1-0 win over Scotland at Hampden Park.

Real Madrid star Caroline Weir had saved a first-half penalty as the Scots struggled to assert themselves and saw their own hopes of emulating their performance at the 2019 finals dashed.

Both sides began the evening with uncertainty over their respective fates, but results elsewhere clarified the situation, leaving Ireland clear that victory would be enough to secure their place in Australia and New Zealand next year.

Scotland, whose fate was more complicated, had the first opportunity when Niamh Fairley handled the ball inside the box in the 19th minute, but Weir’s feeble penalty was saved well by Courtney Brosnan.

Martha Thomas had disallowed a second penalty five minutes later when Scotland pressed but the hosts had a lucky escape after half an hour when Megan Campbell’s long throw went into the net but was ruled out for dodging everyone in the box.

Ireland ended the first half well when Aine O’Gorman deflected a free header over the bar from six yards out, followed by a mighty Tormaul tussle with Fairley and Lily Agg among those who saw shots clearing off the line.

Scotland regrouped in the second half, with Fiona Brown firing wide and Weir and Claire Emslie also close before Barrett staged her dramatic intervention.

With her first touch, she picked up the ball deep in the Scottish half and pushed forward to fire a superb shot past Gibson and eventually made World Cup history for her team.

https://www.independent.co.uk/sport/football/republic-of-ireland-scotland-womens-world-cup-b2200723.html The Republic of Ireland secures a spot at the Women’s World Cup with a win over Scotland

The atmosphere at Man City player Benjamin Mendy’s party was “strange”, the court is told

Celtic vs Hibs LIVE: Daizen Maeda gets off to a dream start with his debut goal