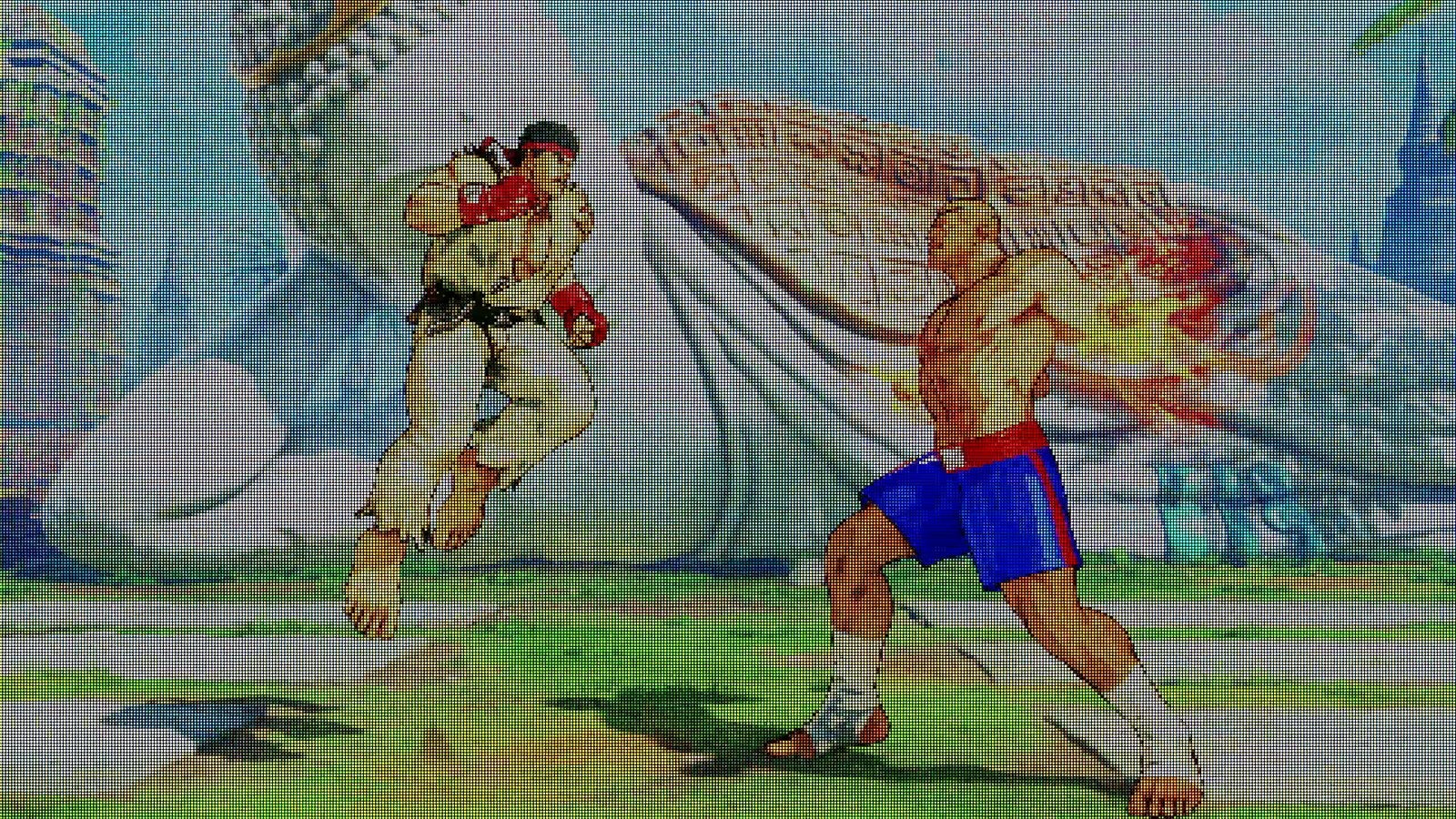 The update will optimize every character in the roster. In general, the Battle Balance update makes small adjustments to each character’s move sets and traits. This means that some attacks will become faster, while others will deal more damage or gain new special attributes. Capcom’s team says it’s “added a few surprises as well,” so keep an eye out for those.

The game will also add two new visual filters. The cel-shaded filter gives the fighters and their animations an anime-like look, and the pixel filter – which you can see above – mimics Street Fighter’s old-school arcade roots.

To keep things fair in online matches, these filters are limited to offline game modes only.

The update also includes new Battle Theme remixes by Soundteam band Cap-Jams. Previously, you could only listen to the remixes on the Street Fighter YouTube channel, but starting with this update, you can set them as background battle tracks in the game.

With the upcoming Capcom Pro Tour 2022, Capcom is adding a new DLC to celebrate the game that includes a special new color for all characters and a new stage. It’s called the Ring of Arcade and it’s full of Easter Eggs that reference Capcom’s legacy.

The Street Fighter 5 Battle Balance update will be released on March 29th and is free for all players.

Gran Turismo 7 pulled from PlayStation Store in Russia, EA suspends all game sales in the region

Mad World rolls out brand new trailer ahead of Alpha 5.0 in February