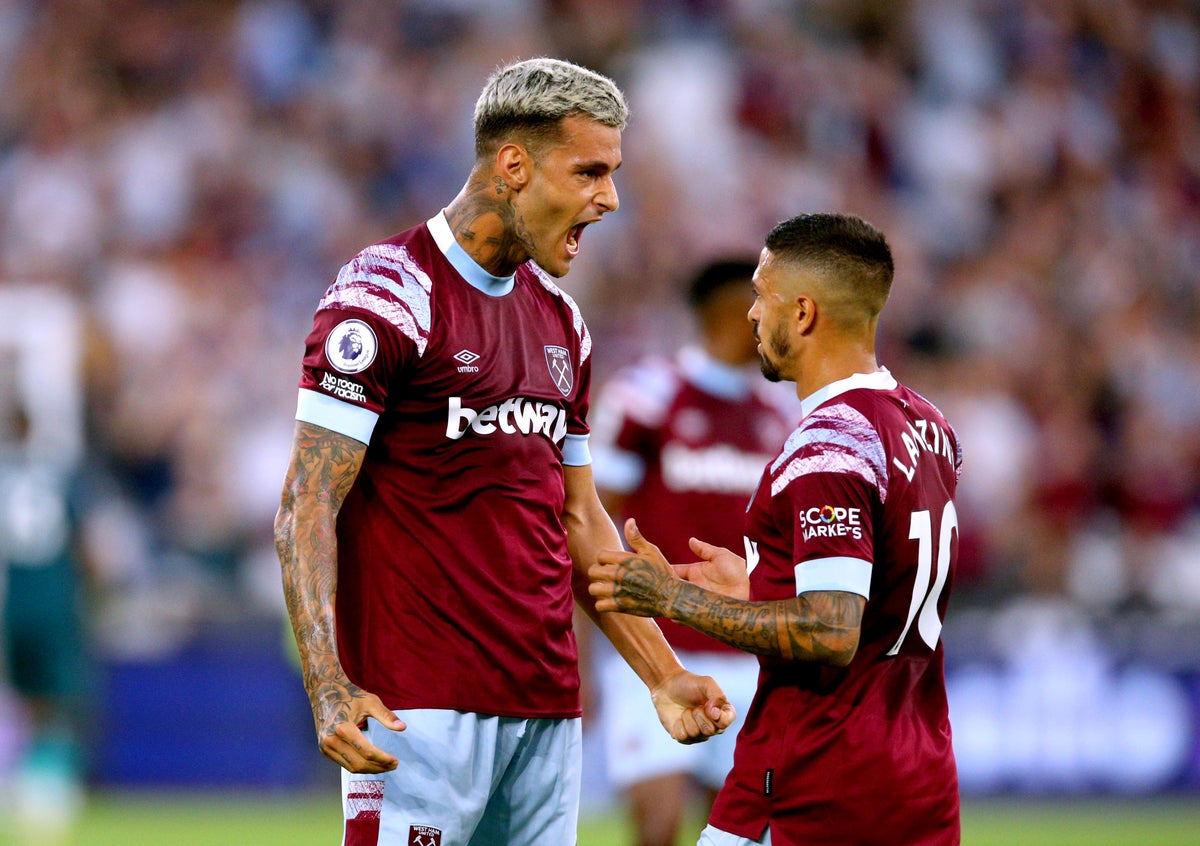 Gianluca Scamacca has been backed to score “a lot more” after opening his West Ham account as the Hammers began their final European season with a 3-1 win over Danish club Viborg.

Jarrod Bowen added a second after the break before Viborg pulled back through a Jakob Bonde header.

That could have made next week’s second leg in Denmark a little hairy, but Michail Antonio gave the Hammers – semi-finalists in last season’s Europa League – some breathing room as they attempted to reach the group stage.

Manager David Moyes was suspended – along with Declan Rice and Aaron Creswell – and watched from the stands as assistant Billy McKinlay took over the duties on the sidelines.

“I could feel the heat on my neck,” McKinlay smiled.

“He’s a manager of stature and presence and we need him to lead the troops so it was odd to see him up there from a distance.”

The Hammers team was a mix of signings, senior pros and youngsters, and McKinlay added: “I think the performance was a little bit frustrating, a little bit tedious and a little bit boring. Really a mixed bag.

“Gianluca is probably super happy and I’m just as happy. Strikers are judged on goals, so hitting the bull’s eye quickly is important and there’s a lot more to come from him.

“And Mikhail’s goal was really important. When the score was 2-0 we had the chance to kick off. We’ve worked a lot on Viborg and we didn’t think it was going to be an easy gig.

“We gave away a bad goal so Mikhail’s goal calmed us down. I think that’s a decent result and we’re going into the second half of the season with a lot of self-confidence.”

Viborg head coach Jacob Friis said: “We are very happy with the game, we felt we played a balanced game. It’s a great performance for us and we’re disappointed that we lost.

“We’re not dead and buried yet. Maybe the hole has been dug – but we’re not in it yet.”