The children’s show on TV Thomas & friendsfeaturing characters from the world of Thomas the Tank Engine, will introduce its first autistic character to the lineup.

Bruno is described as a “cheerful, funny brake car” who is detail-oriented, loves schedules and routine, and knows where the local railroad tracks lead.

As part of his design, he has a lantern on his red exterior to communicate his emotional state, moves when excited or cautious, and can create earmuffs by emitting steam when sensitive to loud sounds. 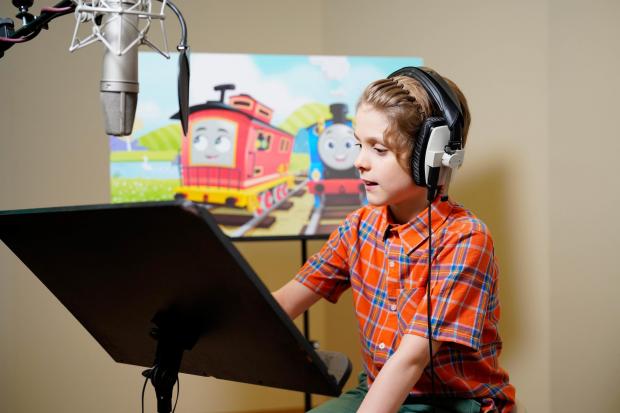 Speaking about getting the role, Garcia said: “When I won the role of Bruno, I imagined it would be a dream, but it wasn’t! I felt really excited and happy.

“I can relate to his hearing protection because if there’s a really loud noise, I can’t handle it.

“I can worry quite a bit, I have to think about new strategies, just like Bruno.”

The character and storylines surrounding Bruno were created by Mattel Television in collaboration with US autism organizations such as the Autistic Self Advocacy Network (ASAN) and Easterseals Southern California, as well as autistic writers and speakers.

Tom Purser, Director of Advice, Volunteerism and Campaigns at the National Autistic Societysaid: “It’s important that everyone sees autistic characters on our screens because there are 160,000 autistic school-age children in the UK and they want to see their stories told, but it’s also important that non-autistic children have insight and understanding get what it can be like an autistic person.

“What Elliot brings to the role is his joy and enthusiasm, his autistic experiences, and he just brings the character to life.”

Thomas & friends airs on channel 5 in the UK and Bruno appears in episodes of Thomas & Friends: All Engines Go! on the channel from Wednesday, 21.09.

The Xbox update brings more social gaming to its fans

Schneider beheaded on camera by men posing as customers for mail “made by 8-year-old son”.