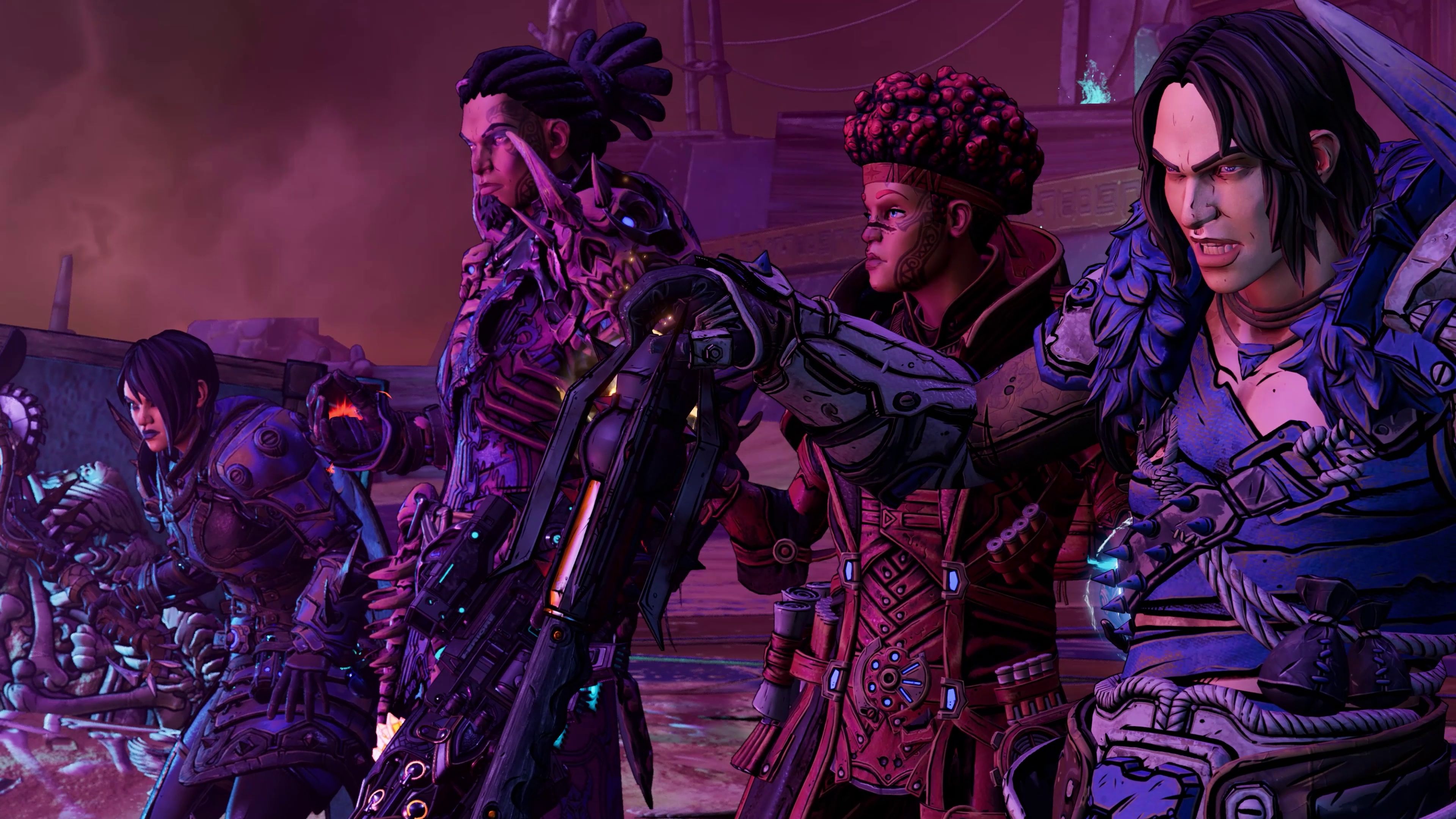 Tiny Tina’s Wonderlands will feature cross-play support and split-screen options, and today, Geabox has provided more details on both along with PC specs.

With cross-play, it will be supported on all release platforms. Regardless of which platform you choose to play on, you’ll be able to match your friends through SHiFT Matchmaking. How to enable crossplay can be found here.

With split-screen, you and your friends can play live alongside local split-screen multiplayer on PS5 and Xbox Series X/S with up to four players and two-player split-screen play on PS4 and Xbox One. All consoles will let you choose between landscape or portrait split-screen orientation in two-player co-op.

Also, cross-play for Borderlands 3 coming to PS5 and PS4 in the future, allowing you to play with your friends on Xbox One, Xbox Series X/S, Mac, Stadia, and PC via Steam and the Epic Games Store.

As far as PC specs go, here’s what you need to run Tiny Tina’s Wonderlands:

You can take a look at the visual options available to you on your PC through here.

Tiny Tina’s Wonderlands releases on March 25, 2022 for Xbox Series X/S, Xbox One, PS5 PS4, and PC via the Epic Games Store exclusively at launch and on other PC digital stores later year 2022.

TERA will shut down on June 30 after 10 years

How to aim and lean around corners in Rainbow Six Extraction