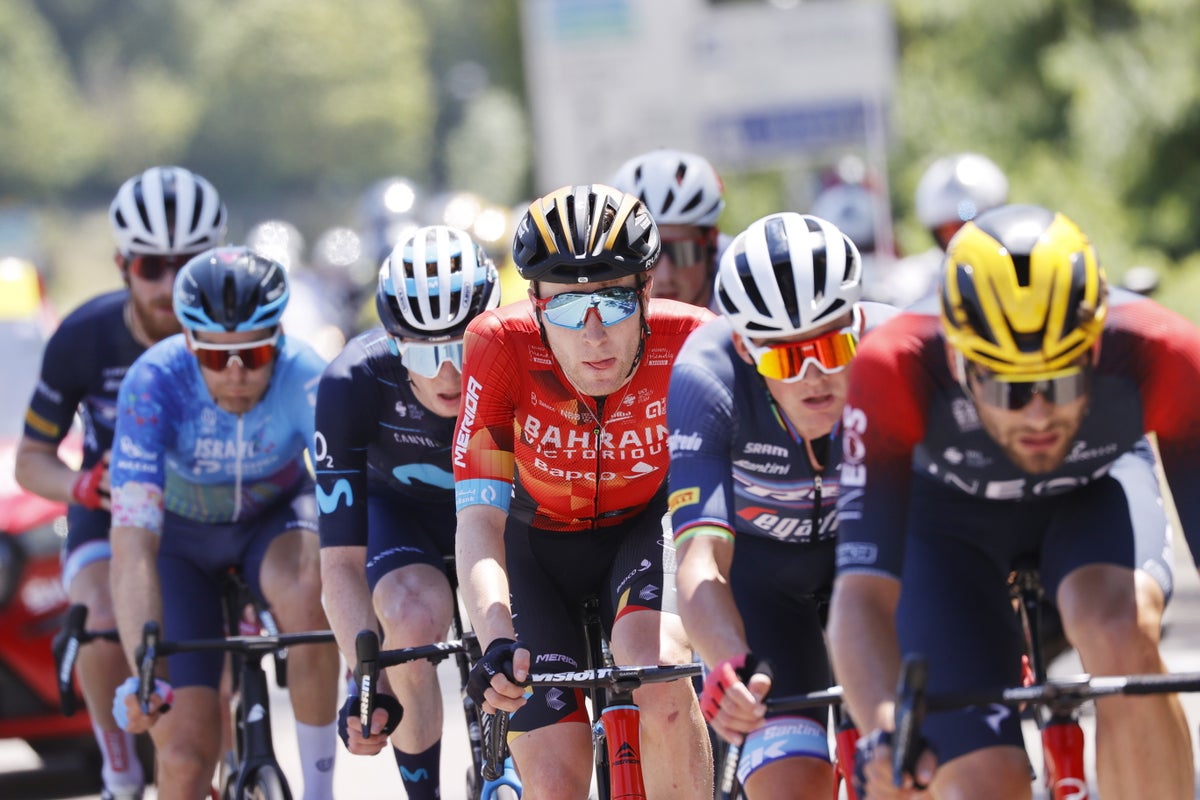 The peloton moves from the Alps to the mountain massifs on Stage 13 of the 2022 Tour de France, the day after Brit Tom Pidcock stormed to a stunning Stage 12 victory at Alpe d’Huez.

The 22-year-old celebrated his first stage win at the Tour, becoming the youngest rider and only the second Brit to win the iconic climb in the history of the race. The mountain bike Olympic champion made the first attack on the famous Alpe, some 10km from the summit, gradually riding away to follow in the footsteps of Ineos Grenadiers teammate Geraint Thomas, who won that stage in 2018.

Elsewhere, Tadej Pogacar tried to attack Jonas Vingegaard as they followed the breakaway up the road, but two failed attempts to get the Slovenian closer to the Dane in the GC standings and he needs his strategy on today’s 192.6 km-long route reconsider.

Stage 13 gives riders some relief after three days of climbing in the Alps with a relatively flat descent from Le Bourg D’Oisans to Saint Etienne. It’s one of those stages that can be won by a sprinter, puncher, climber or breakaway, so expect a huge scramble at the start as riders jostle for the best position. A clash for the overall standings is unlikely, but with Pogacar chasing the yellow jersey he could mistake those rolling hills for him rather than his Danish rival and put that theory to the test.

81 km to go: The peloton has split into three large groups, which could cause some trouble for the GC contenders if caught in the wrong one.

Wout van Aert is definitely in the third group but it looks like the GC riders are positioned in the first so there is no panic for them.

The breakaway has a 1’38” lead over the yellow jersey.

84 km to go: The breakaway faces a long descent to the base of the Cote de Saint-Romain-en-Gal, the final category climb of the stage, just before another uncategorized hill.

The winds continue to hit the peloton and another split occurs.

86 km to go: Intermediate sprint result at the Côte-Saint-André:

90 km to go: Wout van Aert in the green jersey makes his way to the front of the peloton and breaks away to take maximum points for the intermediate sprint.

He should add eight to his tally after crossing the line behind the leading seven riders in the breakaway.

91 kilometers to go: Fabio Jakobsen has caught up with the rear peloton, which is good news for Quick Step Alpha-Vinyl. This Tour de France was conducted at an insanely fast pace and today is no exception.

There were a few moments where the riders were able to conserve some energy, but overall they flew.

94 kilometers to go: Alpecin is still riding at the front of the peloton and they seem very determined to catch the breakaway. The winds have wreaked some havoc in the peloton so the team looks set to take the chance to catch up with the seven riders in front.

About 3 km to the intermediate sprint.

97 km to go: Fabio Jakobsen is struggling again. He fell off the back end of the peloton with Victor Lafay after being hit by another crosswind.

The distance between the breakaway and the peloton is now just 1’35”. It seems like there will be a push to catch the leaders.

101 km to go: The splits in the peloton didn’t last too long as the wind direction changes allowing the riders to regroup.

Any nerves of those who are dropped will have subsided.

This increased pace has also gained some time in the breakaway. The time difference is now less than two minutes again.

104 km to go: A crosswind has hit the peloton and as such a number of riders have fallen behind including Peter Sagan and Anthony Perez.

There is another split as Alpecin and Lotto-Soudal accelerate at the front, almost halving the peloton. Yellow jersey holder Jonas Vingegaard is in the front.

108 km to go: There is now a flat stretch of about 70km with a small hill or two on the way. In La Cote-Saint-Andre the intermediate sprint takes place, the next segment of the 13th stage.

Will the breakaway still lead when they reach it?

Why there's a rare new buzz in Blackrock's bustling village