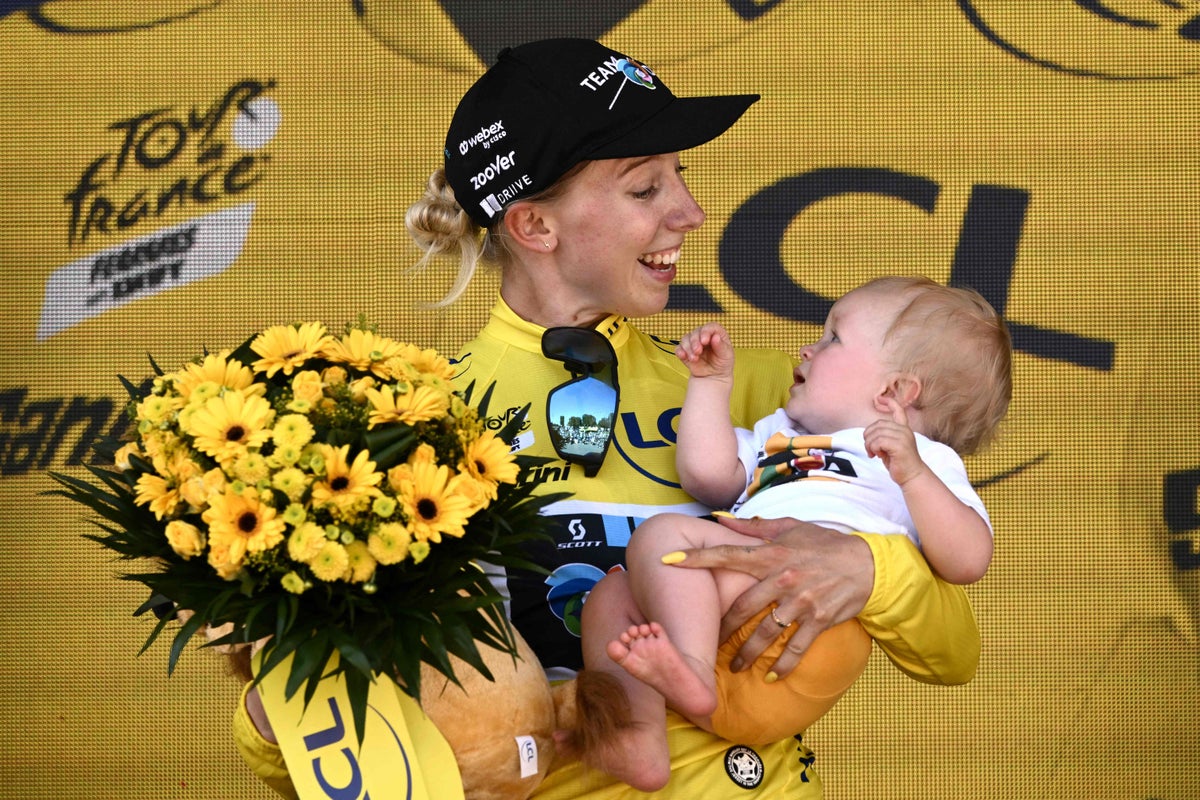 Lorena Wiebes donned the first yellow jersey of the inaugural Tour de France Femmes after beating Marianne Vos in the sprint to the opening stage on the Champs-Elysees in Paris.

Vos was first to attack after her Jumbo Visma team led the peloton out of the final corner, but Team DSM’s Wiebes held back and threw herself forward at just the right moment to beat her colleague from the Netherlands.

It was the 16th win of the season for Wiebes, currently the preeminent sprinter in the peloton, but certainly the most significant in this much-anticipated new race – with the power of Tour de France organizers Amaury Sports Organization finally behind a proper women’s edition of the famous race.

“I’m really happy that I was finally able to drive on the Champs-Elysees,” said the 23-year-old, who was able to redeem her status as a pre-favourite.

“As expected, it was a tough race. It feels really special to be racing here in Paris and even more special to wear the yellow jersey. I was able to live with the pressure because I put the greatest pressure on myself directly.”

One hundred and forty-four riders lined up in the shadow of the Eiffel Tower before completing 12 laps of an up and down course over the famous cobbled streets of the Champs-Elysees.

In 2014, a similar track was used for the inaugural La Course, the one-day women’s race organized by ASO but much criticized for being symbolic. Three-time world champion Vos, 35, won the day but was beaten by a rider 12 years her junior in second place.

Several riders, no doubt inspired by the opportunity, had attempted breakaways, but the peloton rode at such a pace that no one was allowed much rope and a sprint finish was always in sight.

Wiebes described the sprint as “chaotic”. Charlotte Kool was supposed to lead Wiebes out, but they missed a corner on the final lap and she fell to former British Champion Pfeiffer Georgi instead.

Georgi described Wiebes’ victory as the perfect end to a historic day.

“Our goal was to stick together for Lorena in the sprint,” said the 21-year-old. “It is something very special to be here. We always watch the men’s final stage on TV so we finally have our own race starting in Paris, there was a real buzz with all the spectators and it gives us an extra boost.

“It must have taken a long time. Every girl in the peloton came to the starting line excited because we’re the first riders in the women’s Tour de France.

“If you register in front of the Eiffel Tower you can’t get much better scenery and the Champs-Elysees are legendary, I’ve never had to ride it.”

The eight-day Tour continues on Monday with the 136km stage from Meaux to Provins, where the profile could again be suitable for the sprinters, with the climbing challenges that will decide next weekend’s general classification battle to come.

The competition for Florian Grillitsch is hot – with Brighton sharp