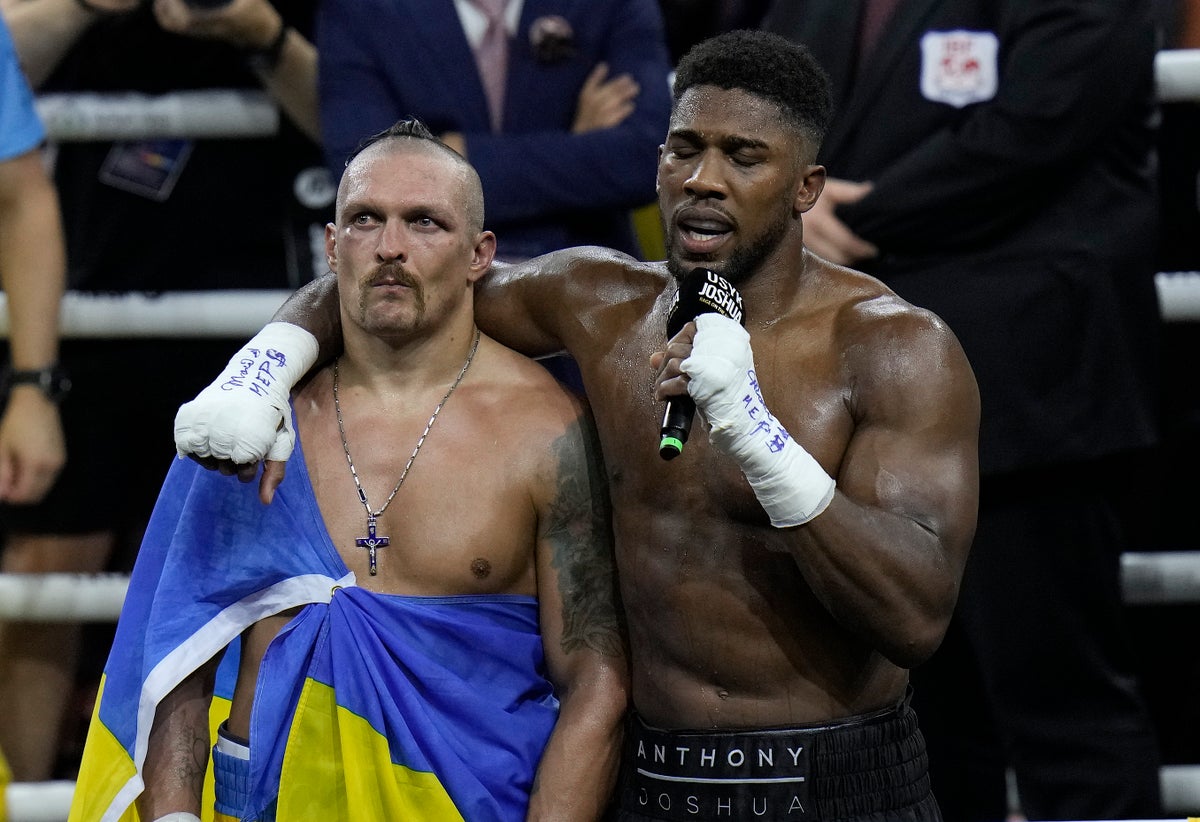 Tyson Fury has called Oleksandr Usyk’s second win over Anthony Joshua one of the “worst heavyweight title fights he’s ever seen” and declared he would beat both fighters in one night.

Usyk picked up a split decision win over Joshua in Saudi Arabia and retained the WBA, WBO, IBF and IBO belts against the Briton, whom the Ukrainian dethroned with a unanimous victory last September.

Fury has claimed retirement but is yet to give up the WBC heavyweight title and the Brit has hinted he could return to a fight with Usyk to crown an undisputed heavyweight champion.

“After they saw that, they both sucked,” Fury, 33, said in a video on Instagram. “That was one of the worst heavyweight title fights I’ve ever seen.

“It was Bull****, come on! I would destroy both of them in the same night. Holy shit.

“Get out your damn checkbook because the ‘Gypsy King’ is gonna stay forever!”

Fury is also unbeaten as a professional, he last fought in April. The 33-year-old knocked out Dillian Whyte in the sixth round to retain the WBC title at Wembley Stadium in London.

Following his loss to Usyk on Saturday, Joshua bizarrely grabbed a microphone to rant about passion, respect and war.

Meanwhile, Usyk said: “I’m sure Fury is not retired yet. I am convinced that he wants to fight me.

The defining moment for Tony's character comes early in Sopranos