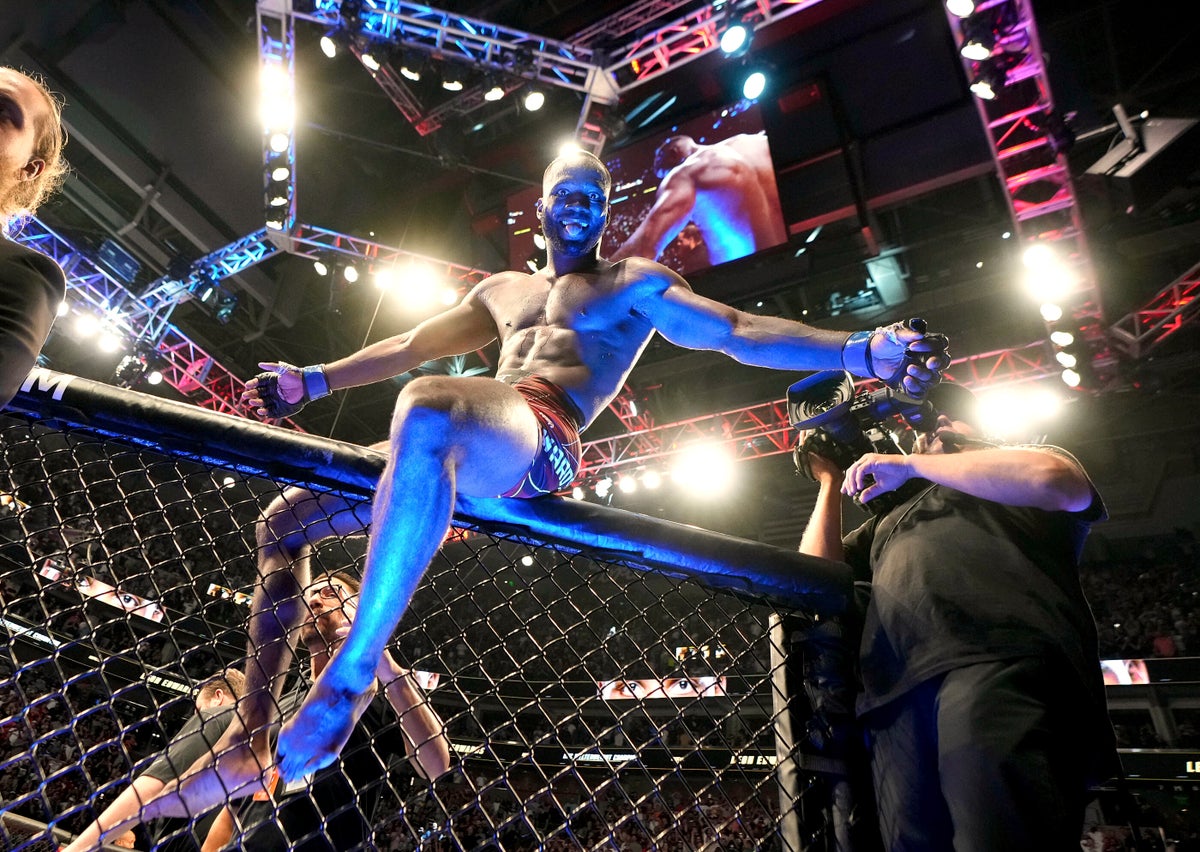 Leon Edwards has said he 100 per cent believes he should win this year’s BBC Sports Personality of the Year award after becoming Britain’s second UFC champion in August.

Edwards, 31, defeated Kamaru Usman in the final minute of their five-round welterweight title fight with a stunning headbutt, dethroning a fighter considered by many to be the pound-for-pound best in the UFC.

In doing so, the Jamaican-born Briton avenged a 2015 decider defeat to Usman and extended his own winning streak to 10 fights in seven years – dating back to that loss to the Nigerian.

When asked on Friday whether he should win this year’s BBC Sports Personality Award, “Rocky” told reporters: “One hundred percent. Who did what I did in the UK this year?

“One in a Million – from Birmingham, UK, in one of the fastest growing sports in the world, inspiring generations and youngsters at other gyms.

“I think I should win 100 percent or at least get nominated anyway!”

England soccer player Beth Mead is the favorite for the award after winning the Golden Boot at this summer’s European Championship as the Lionesses lifted their first major trophy.

The Russian retained the lightweight belt and went 29-0 unbeaten by submitting Justin Gaethje in October before retiring to the ring at the age of 32.

Nick Willis extends his 4-minute walk at the Millrose Olympics

James Tarkowski ready as Everton are hit by defensive injuries