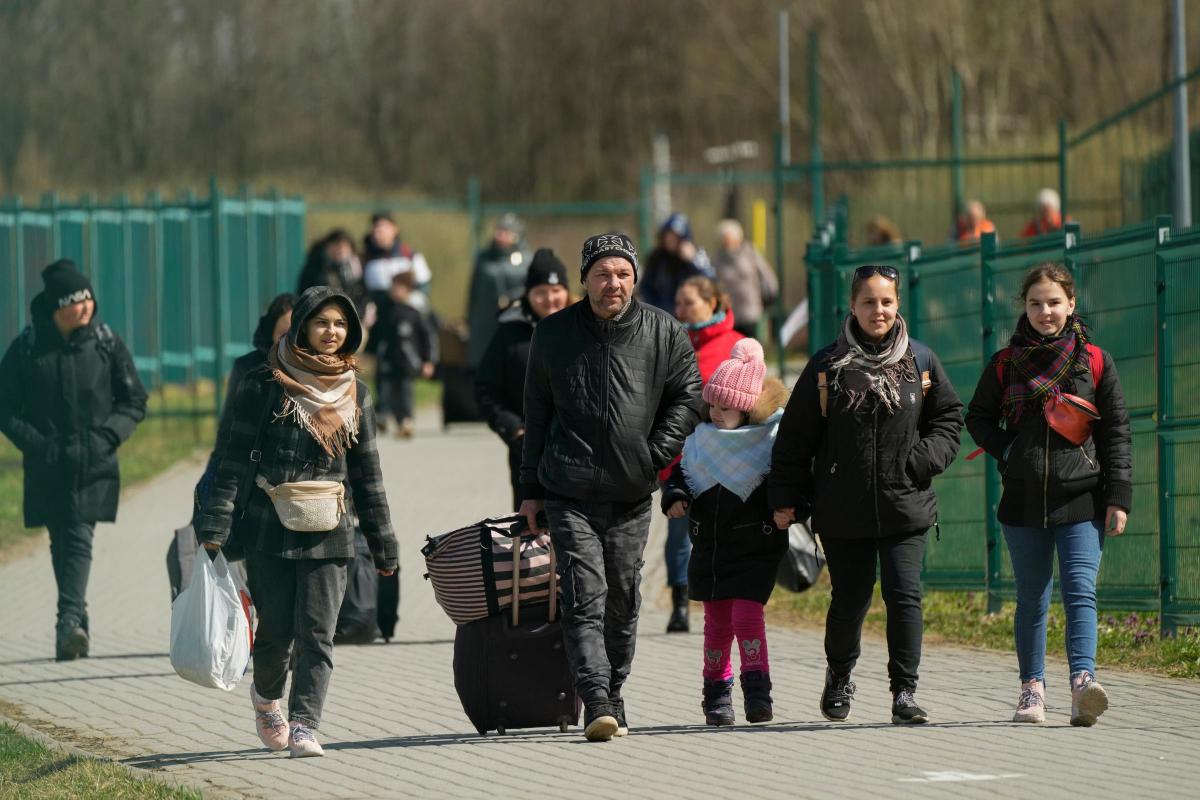 MORE than 200 families in Brighton and Hove have opened their homes to 385 Ukrainians since the Russian invasion in February.

The number includes 139 children, according to a new report to members of Brighton and Hove City Council.

According to the report, the council has spent almost half of the £2.8million it received from the government to support nearly 400 Ukrainians.

The government funds include a one-off payment of £200 to each guest and an optional £350 thank you to hosts for up to 12 months.

Separately, the council said it received £10,500 per guest to provide support services to help Ukrainian families rebuild their lives and integrate into their new communities.

The report to the Council’s Committee on Tourism, Equality, Communities and Culture follows a bipartisan motion to the Council’s Plenary Session in April asking for regular updates on income and expenditure for the Homes for Ukraine program.

The report states: “The community’s response to the arrival of Ukrainians began immediately as soon as the first arrivals entered the city.

“The Network of International Women and nascent group Stand for Ukraine set up weekly drop-in sessions at All Saints Church in Hove for guests and hosts, which provided access to a wide range of services also held at these meetings attended.

“This built on the valuable relationships already established to provide a social space for asylum seekers.

“Apart from the All Saints’ Day sessions, many and diverse initiatives are underway to support the Ukrainians arriving in the city at the end of June.”

The most significant tranche of community spending was £360,000 on school-to-school transport.

In addition, staffing for a Ukrainian support hotline at the community center amounted to £275,000.

Homelessness prevention, including staff and money to help Ukrainians move into the private rental sector, totaled £220,000.

Additional funds went to finding Ukrainian-speaking staff to work with freshmen, a Ukrainian program coordinator, and an administrator.

Third-party sector funding went to the Trust for Developing Communities to provide bilingual employment support, Together Co and Sussex Interpreting Services for social prescribing and language support, the Network of International Women for its drop-in sessions at All Saints; Employment placement through the Chamber of Commerce; increasing capacity in the Hummingbird Project’s global Social 18 Club; and swimming lessons at Brighton Swimming School.

The council has yet to spend a further £1.41million and councilors are being asked to delegate senior officials the power to give a House power to be spent on supporting Ukrainians.

The report said the council’s priority is “to further develop the city’s coordinated, flexible and holistic refugee support package in partnership with the third sector and the business community.”

Regarding the funding, it said: “The city will use government funds and the increased interest and awareness in how to help Ukrainians and house them safely to benefit all those seeking refuge in the city, wherever possible.” of the funding instructions issued by the government. ”

Ukrainian refugees who came to Brighton and Hove after the government launched its Homes for Ukraine sponsorship scheme have the right to stay for three years, work, study and have access to public funds.

The report also provides for support for other refugees. It said 21 Syrian households of around 80 people came to the city through the Vulnerable Persons Resettlement Scheme (VPRS) with a funding package of £20,520 each over five years.

Funding includes support for Voices in Exile, childcare and English classes, as well as help with housing, schools and the NHS.

Brighton and Hove has also resettled 12 households under the Afghan Relocation and Assistance Policy (ARAP), which resettles Afghans who have worked with British forces in Afghanistan, and under the Afghan Citizens Resettlement Scheme (ACRS), which covers other vulnerable people in the protects Afghanistan ruled by the Taliban.

The first three cases to receive support in the city were the families of Sussex masters students under the Chevening Scholarship Scheme.

The ACRS specifically supported those who campaign for democracy, women’s rights, freedom of expression and the rule of law.

Housing from the private sector and Voices in Exile supported the newcomers.

A new immigration route to Hong Kong for British nationals and their dependents has opened since January last year, allowing them to live, study and work in the UK on their way to citizenship.

Working with a community group formed from arrivals from Hong Kong, the council estimates that 2,000 people have descended on the city from the area.

The Council’s Tourism, Equality, Communities and Culture Committee is due to take note of the Council’s work on refugees and asylum seekers when it meets at Brighton Town Hall at 4pm today.

The meeting is scheduled to be webcast on the Council’s website.

https://www.theargus.co.uk/news/21487608.ukraine-200-families-brighton-hove-take-refugees/?ref=rss Ukraine: 200 families in Brighton and Hove take in refugees

Sussex Police arrest a man after an attack by Crawley

SAS commandos deployed to Ukraine as Russia may launch invasion throughout the ‘subsequent 10 days’ with 120,000 troopers